Usually, when you read the words “Y2K hair trend” strung together in a sentence, there’s vivid flashbacks to iconic pictures, both savory and unsavory. But, with it being 2022, it’s about time that contemporary celebrities, like Dua Lipa or, in this case, Rihanna, revive some hair trends that we long thought were lost to the beauty history books.

Yes, readers, it seems as though Rihanna has brought back the striped hair style.

For audiences unfamiliar, the striped hair trend pulls its references from MySpace culture, where what we would call ‘influencers’ nowadays, would dye their hair into large, chunky horizontal stripes which usually correlated to the emo or ‘scene’ subcultures of the early 2000s internet. Whether they were extensions or “natural” hair, the coloring of this trend could range from vibrant pinks and reds to more subtle blondes and brunettes.

This look became so popular in alternative subcultures that you could walk into a Hot Topic or Claire’s Boutique in any mall and find this striped hair featured on (very often, synthetic) off-the-rack extensions for a modest $15.99.

But what Rihanna has done with this trend is very much a departure, moving the alternative into the mainstream, and giving it a refined and strikingly modern twist. Instead of lurking on MySpace forums and making highly pixelated GIFs featuring Invader Zim characters, Rihanna is utilizing this hair trend as the face for Savage x Fenty and their upcoming Valentine’s Day festivities.

Rihanna’s coloring of choice, black with sanguine stripes, harkens back to the edgy origins of this trend, and pays homage to the trendsetters before her who got this look off the ground.

It all makes sense in retrospect, as the ‘E-girl’ aesthetic that we see all over TikTok and Instagram is a revamped and re-branded version of the ’emo’ and ‘scene’ styles before it, and now we see it bleeding into the mainstream celebrity style space, because even a broken clock is right twice a day. 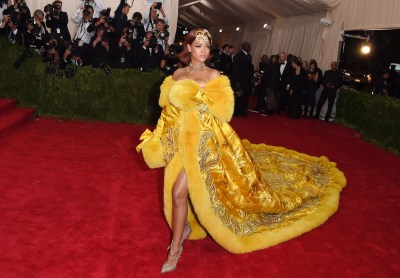 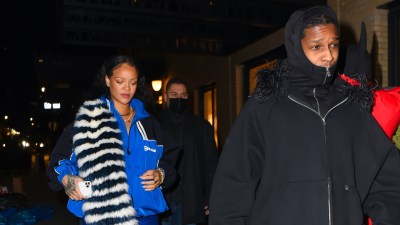 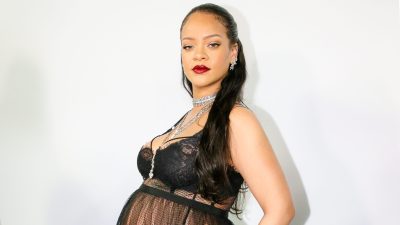 Rihanna on Shaking Up Maternity Style Standards: ‘It’s Too Much Fun to Get Dressed Up’ 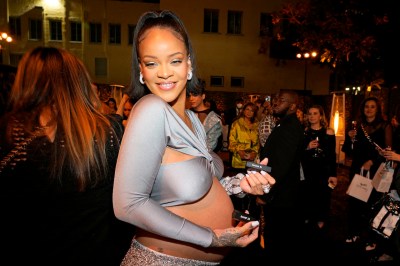 Rihanna’s Pregnancy Style Is All About Baring Her Baby Bump 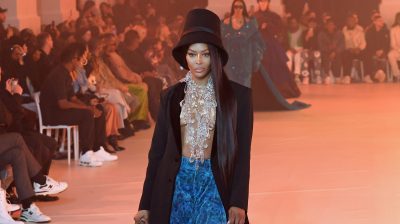 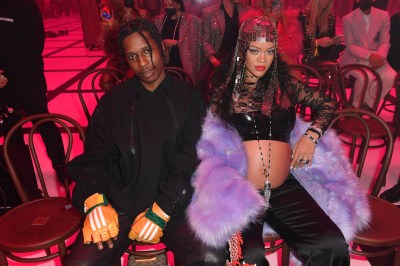