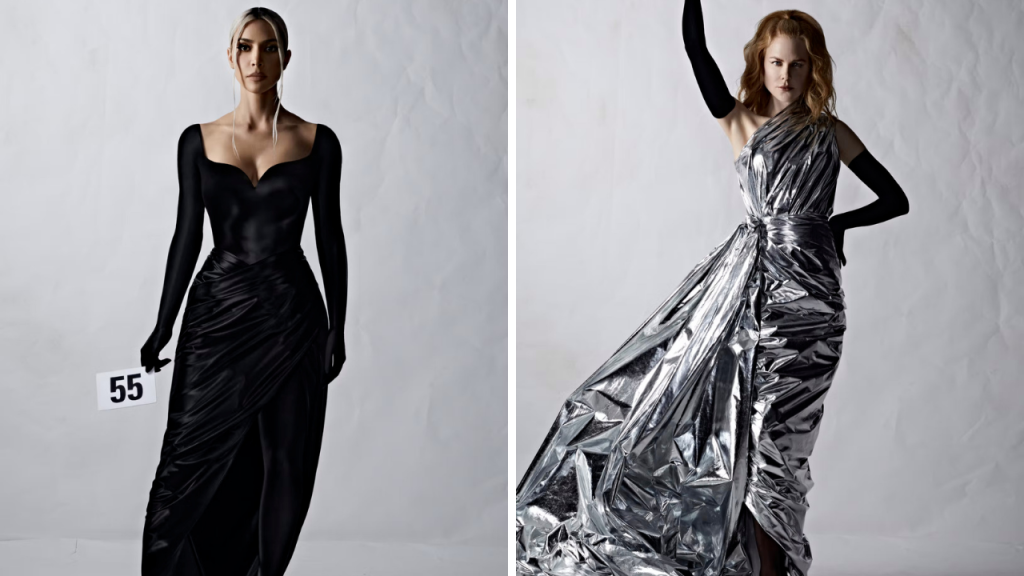 Balenciaga’s creative director Demna Gvasalia (or just Demna, as he prefers) has never been shy of making a memorable moment at his coveted runway shows — just two months ago alone, he occupied Wall Street for his Resort 2023 collection. Naturally, for his Fall 2022 couture show — the creative director’s second for the maison — Demna pulled out all the stops, including a starry cast worthy of as much attention as the garments themselves.

Kim Kardashian advanced her relationship with the brand by surprising showgoers on the runway of founder Cristobal Balenciaga’s all-white salon in Demna’s latest couture collection, rather than in her usual front row seat. The beauty mogul donned a bodycon catsuit, paired with a wrapped skirt, naturally with “pantsaboots” that she’s almost exclusively been wearing as of late. Daughter North West sat in the front row cheering her on, along with momager Kris Jenner capturing a very proud “You’re doing amazing, sweetie” moment. 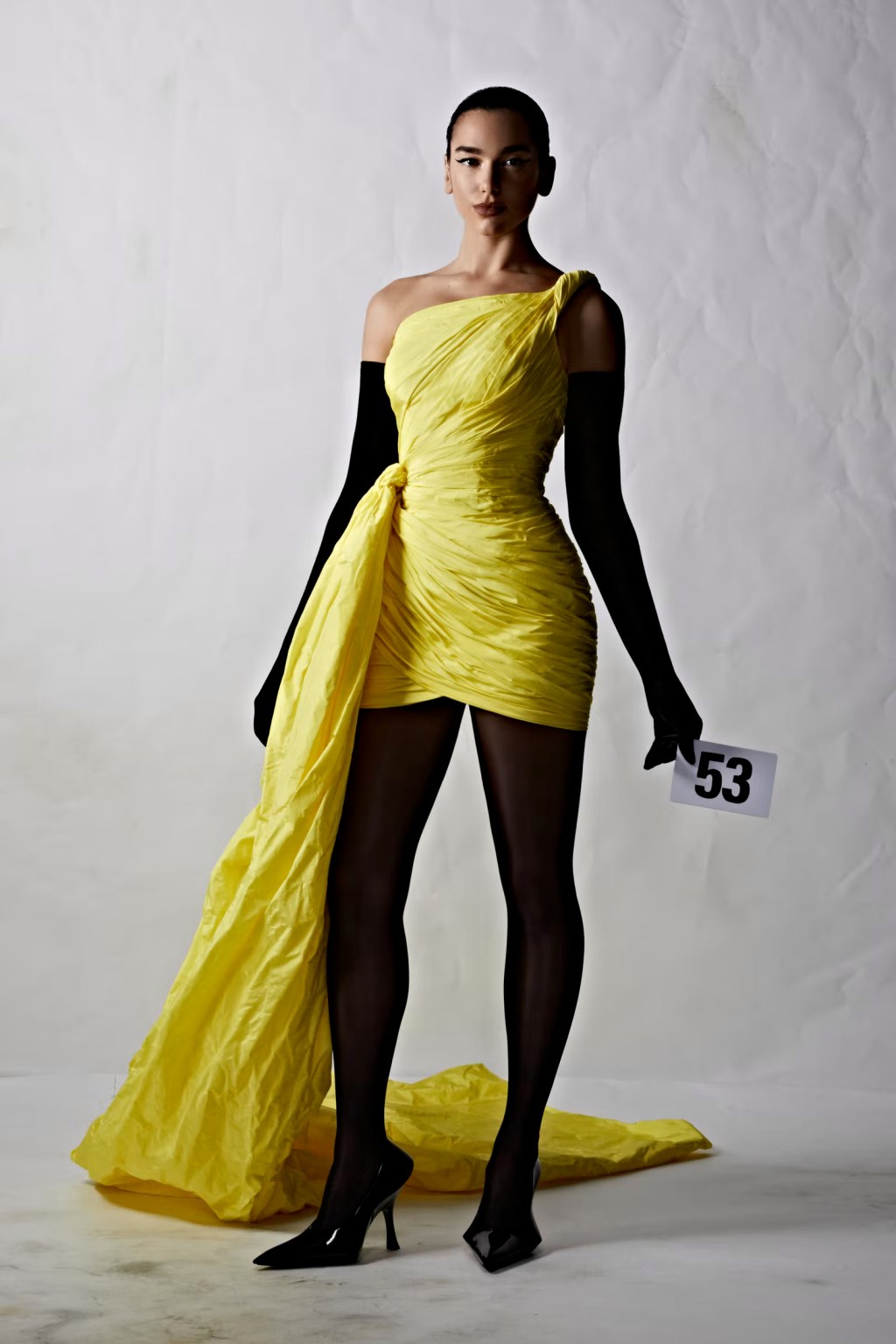 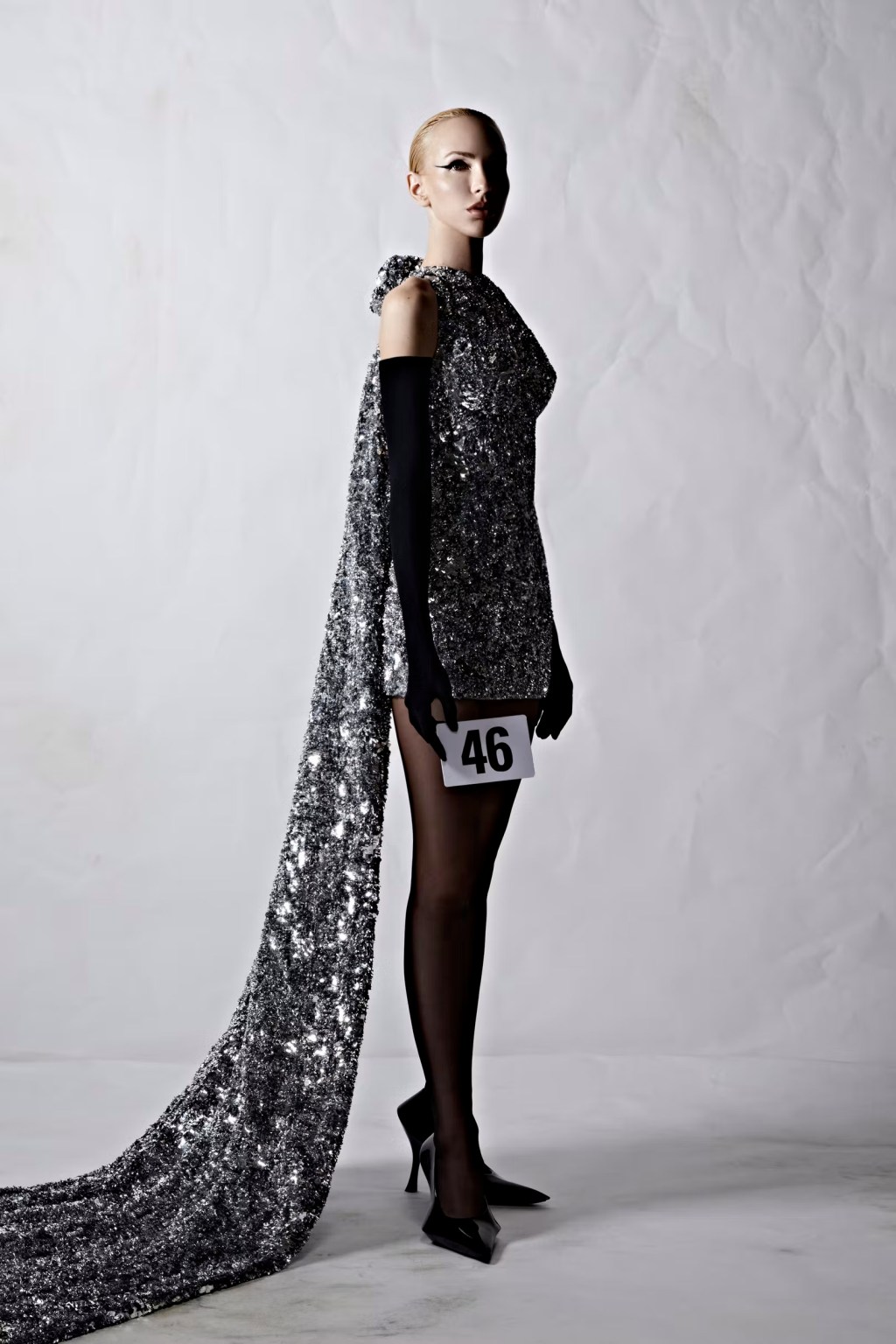 Kardashian was followed by Dua Lipa and Nicole Kidman, who also made unexpected debuts for Balenciaga. The former, who’s been incorporating the brand into her latest tour wardrobe, wore a bright yellow mini dress featuring a long train, while the latter model strutted down the runway in a tin-foil-esque gown, putting on an Oscar-worthy smize. Selling Sunset’s Christine Quinn, who made her fashion debut in Balenciaga’s FROW in May, upgraded to the runway in a sparkly silver mini dress, proving she’s fully in her fashion-girl era. 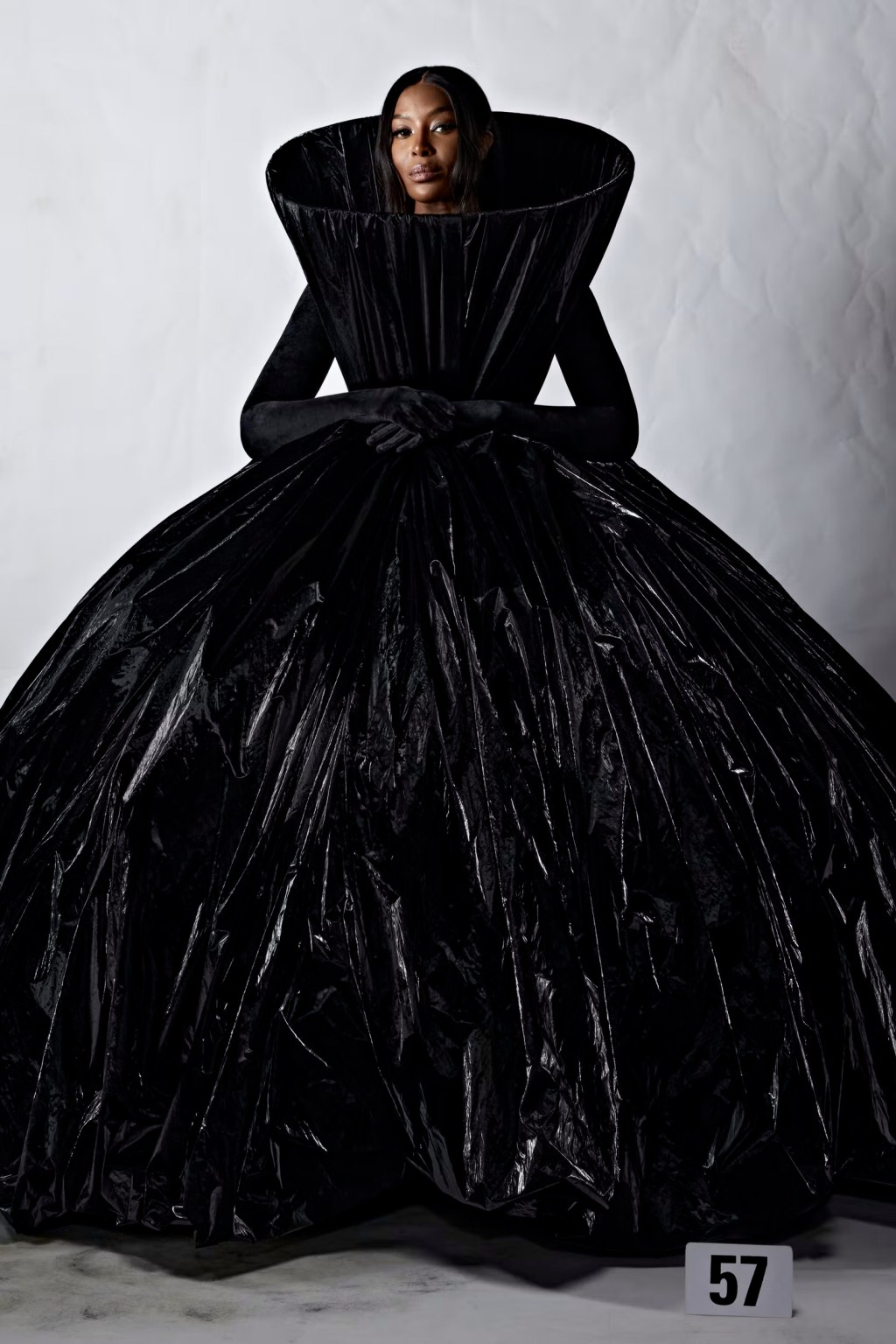 Supermodels Naomi Campbell and Bella Hadid completed the Balenciaga-verse, closing the show with their iconic walks. Campbell gracefully squeezed through the doors of the salon in an over-the-top sculptural gown with a massive skirt. Hadid looked radiant in an elegant dramatic strapless emerald green dress with split down the back.

Putting celebrities on the runway seems to have become a new signature for Demna. For Balenciaga’s Spring-Summer 2022 show in Paris, the designer used the step and repeat as the show’s runway, and later on, a lookbook was then followed by a Simpsons metaverse collab.

Case and point: both shows represent celebrities’ influence on pop culture and fashion and the ability to set trends. I mean, I suppose that’s why Balenciaga has remained the hottest brand of the year for three consecutive years.