The Best Moments from NYFW We Can’t Stop Thinking About

Catch up on all the memorable runways, dresses and more from NYFW

After a whirlwind week of fashion shows, presentations, celebrity front row sightings and plenty of dreamy dresses, there were so many fun fashion moments from NYFW that we’re sharing a recap of the most memorable events at the Fall 2022 shows.

From the exquisite designs at Carolina Herrera and Silvia Tcherassi, to funny (and relatable) celebrity moments like Hannah Waddingham’s delightful expressions in the front row at Christian Siriano and Angus Cloud munching on Cheetos at the Coach show, check out the highlights GRAZIA USA editors can’t stop thinking about.

Colleen Kratofil, Senior Style Editor: Whenever friends ask me how fashion week’s going, I find myself recounting one story again and again. I was seated in perfect view of the celebrity-filled front row at the Christian Siriano show, and caught myself watching the reactions of stars, like Drew Barrymore, Susan Sarandon and Ted Lasso‘s Hannah Waddingham, as models came down the runway. And Waddingham had the best reactions of the bunch, smiling and pointing to pieces that caught her eye. She kept things light and not-so-serious from the front row, which is what all fashion shows need.

Colleen Kratofil, Senior Style Editor: With a delay to red carpet season this year, and award show dates being pushed due to the Omicron variant, it was a true delight to see the dreamy dresses and opulent gowns on the Carolina Herrera runway. This metallic embroidered floral-print tea-length strapless dress in particular (above) looks like it was designed for an Oscar nominee. I’m hoping this dress makes another spin down that red carpet in March. 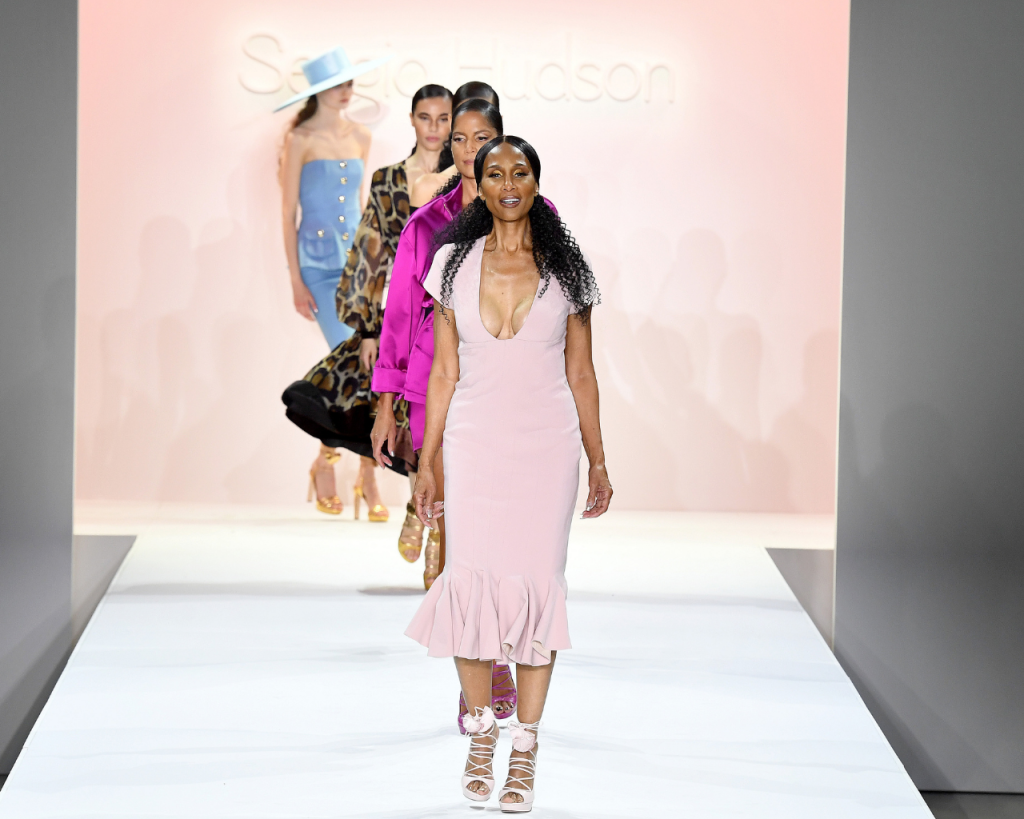 Ty Gaskins, Style Editor: Sergio Hudson recently gained a lot of momentum after dressing Vice President Kamala Harris and Former First Lady Michelle Obama for the presidential inauguration, however following his Fall-Winter 2022 show, Hudson will be known for yet another historic moment in fashion history. The Black designer not only paid tribute to the early aughts through his stunning silhouettes, but he opted to bring back not one but two of the era’s most iconic supermodels. Beverly Johnson, the first Black model to cover U.S. Vogue, took the elevated stage (another nod to ’90s fashion shows) and fellow supermodel legend, Veronica Webb, the first African-American to have a major cosmetics contract, took center stage on the runway as if no time had passed since their runway heyday.

Silvia Tcherassi Introduces Something New with Something Old 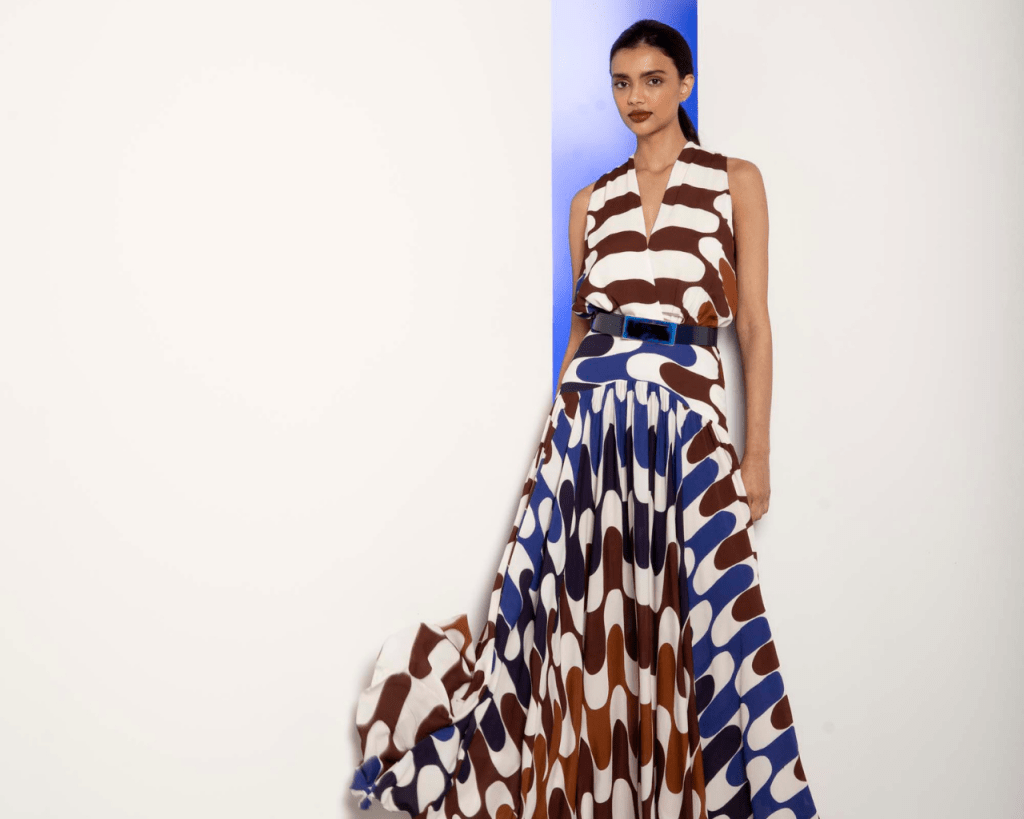 Ty Gaskins, Style Editor: Silvia Tcherassi continues her journey of self-expression via watercolors and stylistic codes of the house. For Fall-Winter 2022, the talented designer’s affinity for pattern and color has introduced a new ’70s mod print that evokes nostalgia yet newness all in one. In addition to new patterns, new materials such as knit and wool take centerstage, harnessing the same fluidity and femininity that characterize her designs.

“This season, I had the opportunity to explore materials that have always fascinated me.” says Tcherassi in a statement shared with GRAZIA. “Some of these I had worked with in the past, but now they are at the forefront of the collection. The wools and natural textiles are not only precious, but they further strengthen my commitment to more sustainable practices. This season has allowed me to further explore, and I am pleased with the results, as the collection embodies that relaxed glamour and comfort that we are all seeking right now.” 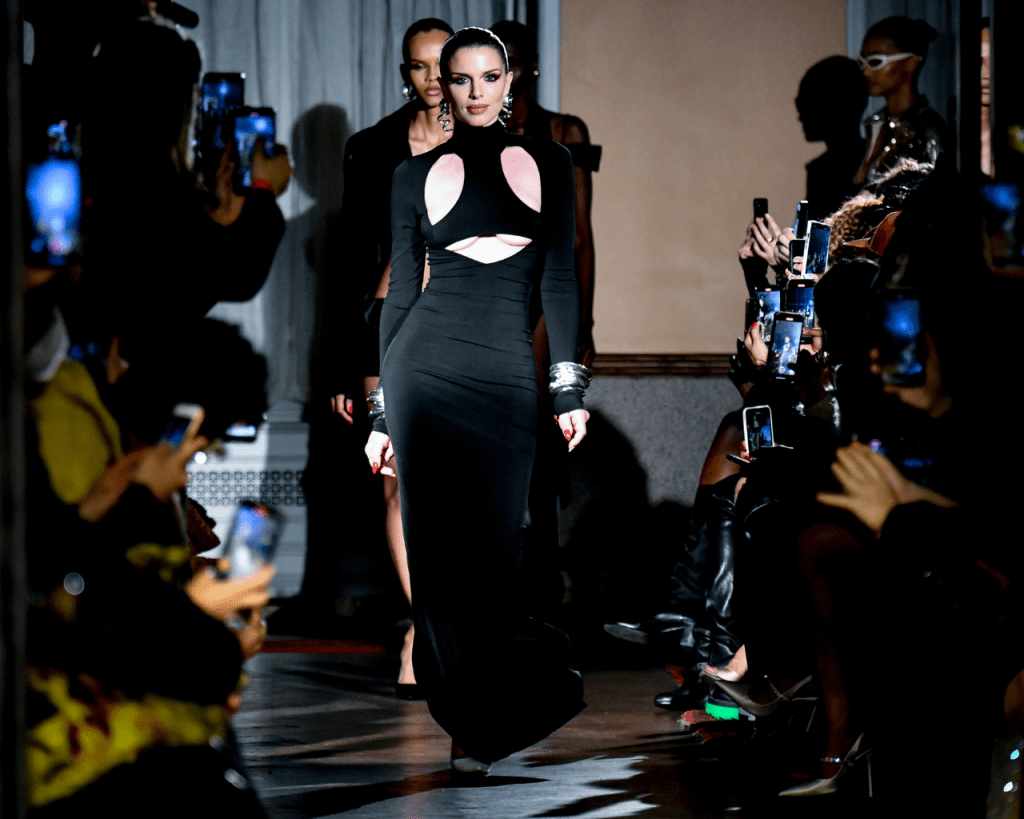 Ty Gaskins, Style Editor: LaQuan Smith is known for putting on a spectacular event. Last season he took us to new heights on top of the Empire State Building. This year Smith opted to host his runway in an old-school private members club downtown. However it wasn’t the venue that had guest talking. The sexy-meets-chic designer opened his show with none other than Uncut Gem actress Julia Fox. The rest of the model cast featured familiar faces including Chloe Cherry (or Faye as you know her from Euphoria). In the audience the star power continued with Saucy Santana, Lala Anthony, and Gossip Girl‘s Zión Moreno all in the front row.

Hannah Militano, Style Writer: With Euphoria‘s Angus Cloud quickly becoming an unexpected NYFW standout, I found it hysterical that the actor was snacking in the front row at Coach while seated next to Megan Thee Stallion. Ranking alongside that time Breaking Bad actor Aaron Paul sat front row at the Burberry Spring/Summer 2013 presentation with an incredibly confused expression on his face, or when Larry David made a surprising appearance at fashion week, Cloud chowing down on some Cheetos lives (rent-free) in the same space in my mind.

Hannah Militano, Style Writer: Euphoria actress Maude Apatow sat down for a chat with Rodarte designing duo Kate and Laura Mulleavy to discuss the past 16 years helming their brand, and the exhibition The Art of Rodarte for NYFW’s The Talks in partnership with Afterpay. For a label that places such an emphasis on their female Hollywood muses, such as Kristen Dunst, Natalie Portman, and the Fanning sisters, it was amazing to see the rising starlet interview such illustrious designers, charting their extensive creative successes. Expertly sporting a Spring/Summer 2022 black sequin and rose silk dress from the Mulleavy sisters, maybe Apatow will soon be considered among her fellow actresses as a Rodarte muse herself.

The Comfy Seating and Refreshments at Spring Studios

Team GRAZIA – As we each trekked around the city from show to show, each day it was always a relief to see Perrier-stocked fridges and the Lovesac Lounge at Spring Studios (as seen above with Miss Universe 2021 Harnaaz Kaur Sandhu and Model Roz). We loved knowing we could rehydrate and take a rest on the soft foam-filled bean bags, which was the best seat in the house — literally.