It’s Official: Rami Kadi Has Become The Name To Wear On The Cannes Red Carpet

I think it’s safe to say that Rami Kadi has single-handedly taken over the Cannes Film Festival red carpet.

The Lebanese designer has been spotted on not one but multiple models and influencers strutting the Cannes red carpet in the designers latest spring/summer 2021 collection. The label’s creative director and the man behind it all, Rami Kadi, has become one of the most sought-out names in the fashion industry, responsible for some of the most buzzed-about looks in the industry.

All eyes were on the Cannes red carpet, and Kadi did not disappoint, featuring the likes of Fatima Almomen, Raya Abirached, Mari Fonseca and many more; we saw some of the dreamiest gowns from Kadi’s RETROSPECTIVE 10 collection, which marked his ten years in couture. We noticed a mixture of bold yet chromatic patterns and designs showcased in an array of neutrals to metallic tones within each design in the most standout styles.

Kimberley Garner served as an unexpected favourite for the evening. The model appeared in two looks on the Cannes red carpet. The first (our favourite) was a sand beige airbrushed jacquard gown featuring coloured embellishments and voluminous draped side necklines. The second was a clear aqua off-the-shoulder dress with embroidery detailing and coloured sequins with a border of feathers sleeves.

Model Patricia Contreras was also another show-stopping look of the evening, where she opted for two Rami Kadi looks. From a shimmering gold silhouette on her first evening, which consisted of a strapless dress and high-slit, she opted for a dramatic look on her second Cannes outing. While attending the screening of “Tre Piani”, the Mexican Italian model opted for a corset-styled dress with a high-low detailing on the front and for accessories wore a set from Bijoux jewellery and Alzuarr exclusive silver pumps.

For all of the best red carpet looks courtesy of Rami Kadi at the Cannes Film Festival, scroll below. 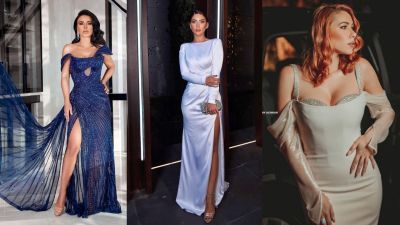 The Best Dressed Stars At the 2021 Murex d’Or 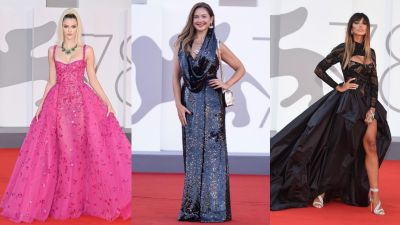 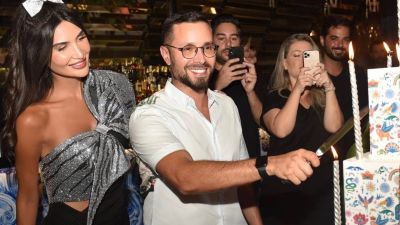 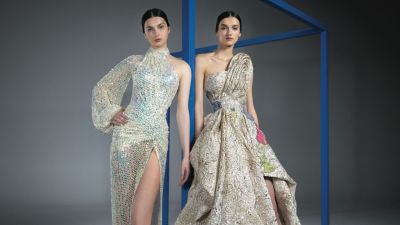