In the most recent episode, Alex Borstein’s character lets Midge know exactly what she thinks of her prying into her personal life 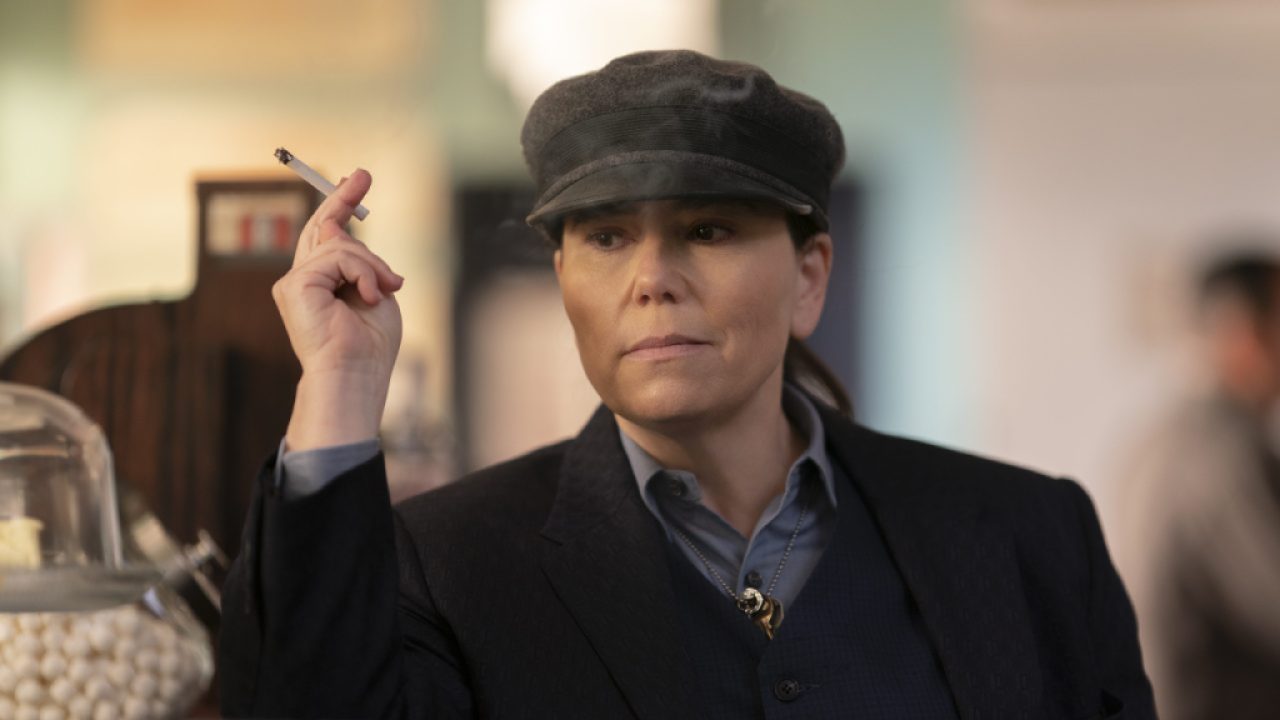 Mild spoilers ahead for Episode 4 of The Marvelous Mrs. Maisel’s fourth season…

One of the frequent criticisms of The Marvelous Mrs. Maisel over the years has been of the caginess with which the show has treated the sexuality of Alex Borstein’s Susie. Despite living in Greenwich Village, the heart of New York’s queer scene in the late 1950s, over three seasons Midge’s surly, butch presenting manager hasn’t been given anything approaching a romantic or sexual life. During a recent Q&A, creators Amy Sherman-Palladino and husband Daniel Palladino were asked whether they would finally address the character’s heretofore unacknowledged sexuality in the show’s current fourth season.

“Stay tuned in,” Palladino teased. “I think for the first few years, we really focused on Susie and her ambitions. We let the character dictate what the audience should know, which is practically nothing, but obviously the people around her are going to be curious. We definitely are not going to ignore that.”

“We’re waiting for her to tell us,” Sherman-Palladino added. “As soon as she spills the beans, we’ll pass it on.”

Now, I’m not super sure how to read this response. On the one hand, the Palladinos are more than five years into writing Susie. It seems odd that they apparently don’t have a better understanding of this pretty fundamental aspect of one of their main characters by now. But then, as a writer, I guess it kind of makes sense to allow a character to reveal herself to you as you develop her, and maybe what they’re talking about isn’t so much Susie’s sexuality as it is her comfort level when it comes to discussing it or making it known to people in her professional orbit, like Midge (Rachel Brosnahan). 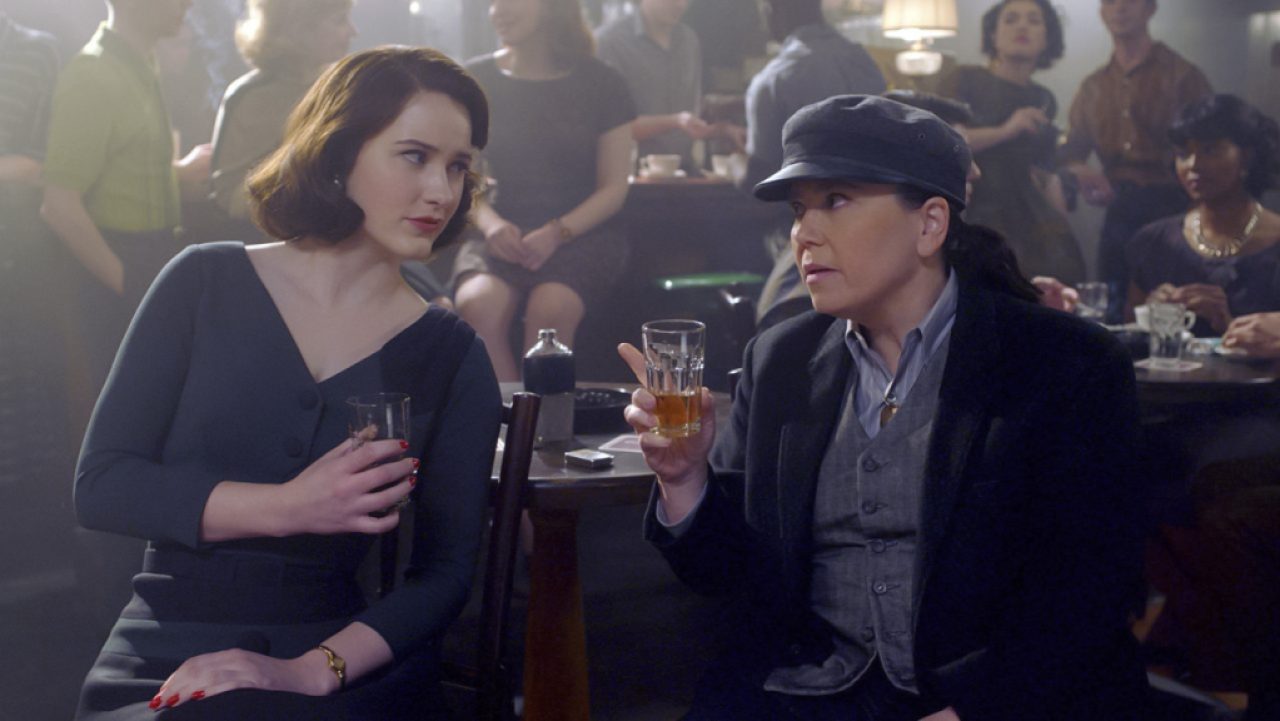 And yet, in the fourth episode of the show’s fourth season, one of two that drops today on Prime Video, the Palladinos seem to have tossed their “let Susie tell us” thing out the window. Thinking Susie needs companionship in the wake of Jackie’s death, Midge tricks her into going to a lesbian bar that John Waters told her about. She’s hoping that Susie, who is clearly super invigorated by the prospect of her new office and the potential of growing her business, will meet a nice lady friend and live happily ever after. But when Susie realizes what’s happening, she’s pissed!

“Why would you do this?” she asks, letting Midge, and by extension the audience, know just what she thinks of her presumptions. If she wanted to go to a lesbian bar, she knows where to find them. If she wanted to discuss this part of her life with Midge, or with us, she would. She makes it clear that she has one priority right now: her career. She doesn’t just want to be Midge’s manager; she wants to be the manager. She wants to be a power player in the world of entertainment. She’s ambitious and she knows what she wants, and Midge’s vestigial middle class, bourgeois concept of happiness isn’t it. And with that, she storms out of the bar to collect a new client: that weird magician (Gideon Glick) from that other bar.

There’s a lot going on in this scene: a show addressing what has been a sticking point for come fans; a character resisting our need to define her identity; a woman clearly asserting her priorities as well as her personal and professional boundaries. Again, I have no way of knowing how much of this scene is a reaction to criticism of the way the show has handled Susie’s sexual identity thus far and how much is an organic expression of who the character has always been. It does ring true of the character as we’ve come to know her. 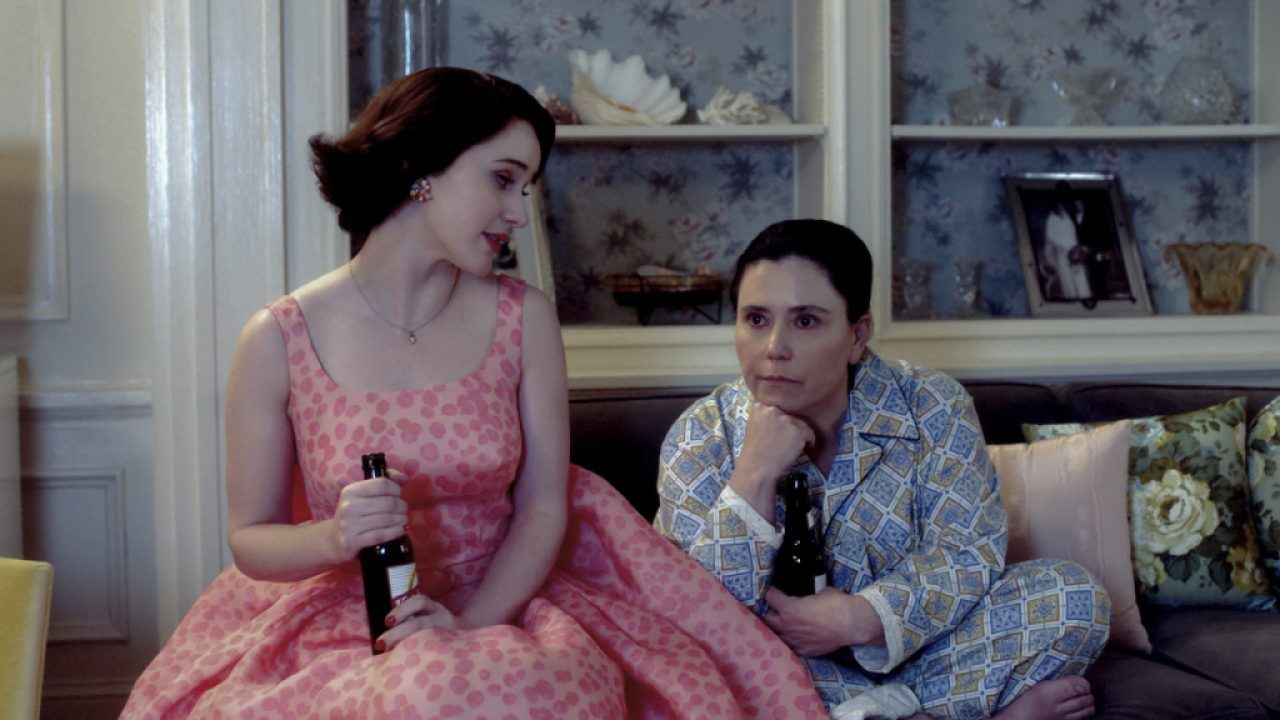 Now, I understand why fans are so invested in Susie’s identity. There are vanishingly few butch lesbian characters on TV and in film, so every single one matters. And believe me, I want to see queer representation on TV as much as the next Darwin-fearing progressive snowflake. But I also think that choosing, for whatever reason, not to engage in romantic or sexual relationships, whether hetero or homo, is completely valid and worthy of depiction in media as well. Lately, I feel like I’m out here a lot banging the drum for the spinsters and the aces (asexuals), who are even more rare on television than LGBTQ characters. And when we do see them, they tend to be problematized. Single women tend to be depicted as either pathetic or frigid, and Hollywood has pretty much no idea how to tell a story about someone whose motivation isn’t complicated by romantic or sexual desire. But single people have interesting and complicated lives that don’t revolve around the search for a partner, and asexual people exist!

One of the biggest missed opportunities resulting from Kim Cattrall’s absence on And Just Like That was that we didn’t get to see stories about a single middle-aged woman who, unlike Sarita Choudhury’s Seema, wasn’t seeking a relationship. What might those stories have been like? Maybe that’s what we have in Susie: a woman for whom, regardless of her sexuality, relationships are not a priority. A woman who is focused on building her business, on succeeding in a male dominated field; a woman who struggles financially and with gambling addiction. We know that these stories work, because we’ve seen them! Over the first three seasons of Mrs. Maisel, Borstein has created a funny, lovable, charismatic character.

Of course, it’s possible I’m making a virtue out of necessity here. After all, queers have had to do subversive readings of heterosexist texts basically since the dawn of time. And yet, I still think it’s worthwhile thinking of Susie this way. And it’s also kind of thrilling to see Borstein as Susie telling us, the audience, that she’s under no obligation to conform to our expectations. “I am focused on one thing right now,” she tells Midge. “Susie Meyerson and Associates. That’s it.”

Touché, Susie. You do you! 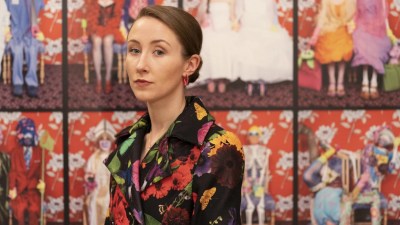 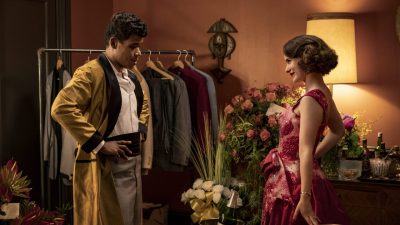 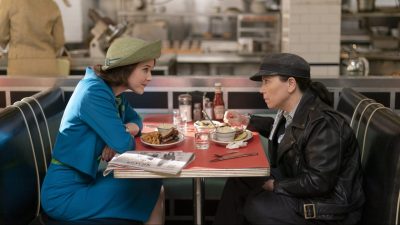 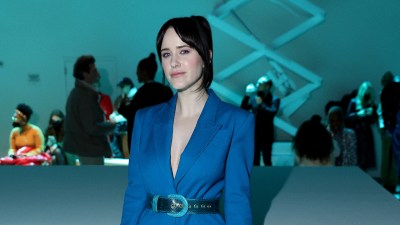 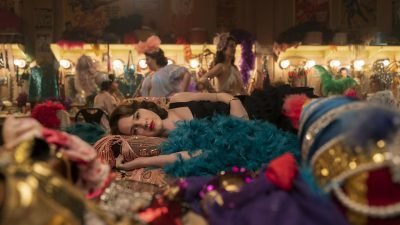 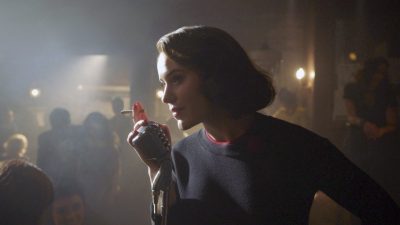