Ariana Grande finally has her happy ending. After it was revealed the “positions” singer had wed in secret to Dalton Gomez this month, we speculated everything from the dress to the florals. Overnight Grande finally shared a rolodex of stunning images from the day which featured an intimate at-home ceremony.

Working with stylist Mimi Cuttrell, Grande walked down the aisle wearing Vera Wang Haute. The custom lily white, silk charmeuse gown featured a sculpted neckline and exposed back with a bra-type closure. According to Cuttrell, the piece was inspired by Audrey Hepburn’s appearance in the 1957 film Funny Face where the actress portrays Jo Stockton. The look was finished off with a bubble blusher veil with a bow adorned at the crown, pearl and diamond earrings from Lorraine Schwartz and Guiseppe Zanotti platform heels.

Rumor has it Vera Wang promised Grande a wedding gown at the 2018 Met Gala. Gomez wore a Tom Ford suit.

As for the ceremony, it was held at Grande’s Montecito residence with less than 20 friends and family in attendance. Hundreds of white florals were suspended from the ceiling and wax pillar candles were scattered on the floor.

“It was beautiful but not over the top,” an E! News source says. “Ari wanted it to be simplistic and tasteful. All they cared about was having family there and to be able to enjoy the special moment together.”

Grande and Gomez were reportedly dating from January 2020 before their engagement in December 2020. Gomez works for the Aaron Kirman Group as a luxury home realtor. The engagement ring featured a stunning oval cut diamond, gold band and the unique addition of a pearl. According to the pop star, the pearl is a family heirloom passed on from her grandmother which was originally part of her grandfather’s tie pin.

I’m not crying, you’re crying. We wish nothing but happiness to the couple. 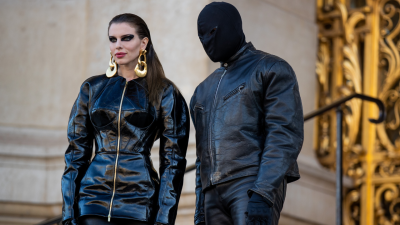 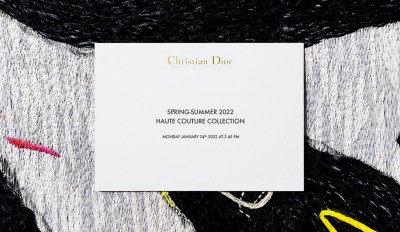 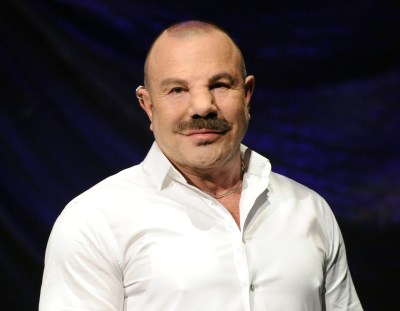 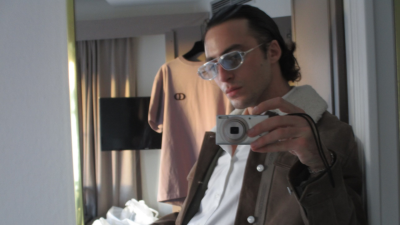 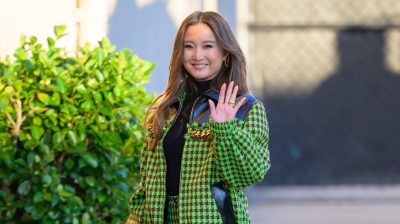