The singer's fans have done some sleuthing.. all the way back to 2014

A few days ago, Ariana Grande casually revealed that she’s a bride-to-be, posting a slideshow of images of herself and her partner, Dalton Gomez, on Instagram, writing, “forever n then some.”

The surprise news shocked the singer’s 211 million fans because, since her very public whirlwind relationship with Pete Davidson in 2018, Grande has kept her love life pretty under wraps – so much so that you could be forgiven for thinking she’s been single for the past year.

Alongside her announcement, Grande posted a photo of her stunning, unconventional engagement ring, which features two stones – an oval-cut diamond set next to an ivory pearl – on a thin gold band. 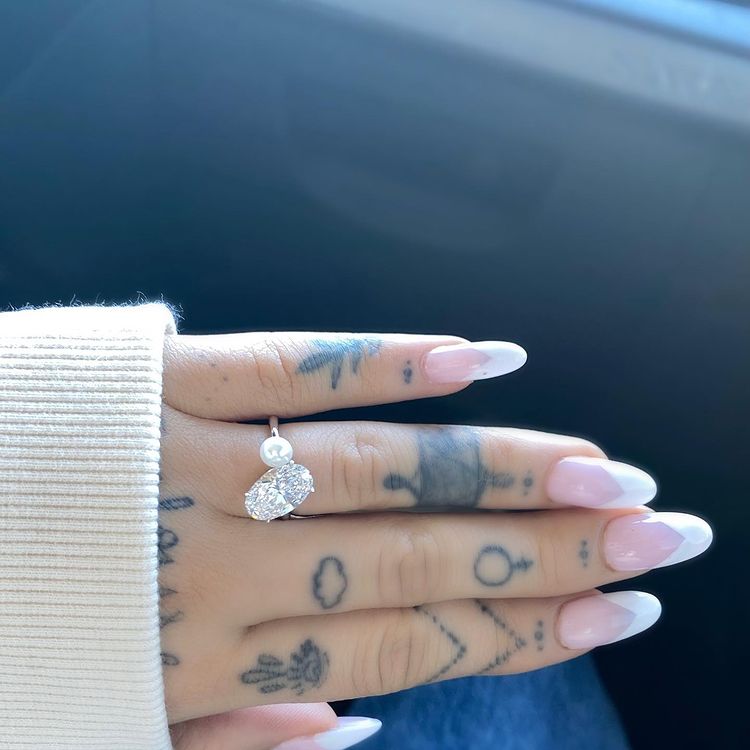 It didn’t take long for Grande’s most dedicated fans to figure out that Grande’s rock isn’t just her opting for something untraditional, a la Emily Ratajkowski. In fact, according to them, the pearl is actually a family heirloom, given to Grande by her grandmother and added to her engagement ring.

Back in 2014, Grande tweeted a photo of a gold ring gifted to her by her grandmother, which featured a pearl that was part of a tie pin that belonged to her late grandfather. The pearl looks exactly the same as the one Grande is now wearing on her ring finger, which would make sense given how close she is to her family, and especially her grandmother.

At the time she wrote that her grandmother said her grandfather had told her in a dream that the ring would protect her.

nonna had a ring made for me w/ the pearl from grandpa's tie pin. she says he told her in a dream it'd protect me. <3 pic.twitter.com/BkvGSfuGWh

“Nonna had a ring made for me w/ the pearl from grandpa’s tie pin. she says he told her in a dream it’d protect me. <3,” Grande wrote on a picture she shared to Twitter at the time, likely not realising that six years on, her fans would remember the tweet and track it down in record time.

Grande and Gomez haven’t commented on the origins of the pearl yet, but fans are convinced – and are pretty damn emotional about it all.

ARIANA GRANDE BUTERA IS ENGAGED AND ITS THE SAME RING AS THE ONE NONNA GAVE HER WITH HER GRANDPA’S PEARL IM SOBBING🥺 pic.twitter.com/tmTFocYENg

What’s almost just as adorable as the hidden meaning behind her ring is how these two met in the first place. Reportedly, Grande  met real estate broker Gomez when she was looking for a new house. “When she saw him, she immediately thought he was cute and very good-looking, and she asked her team to set up an in-person meeting with him,” an insider told Us. “Ariana fell very hard for Dalton shortly after they met.”

Finding romance and a happy ending in 2020? Unheard of. But happy if it was anyone, it was Grande. 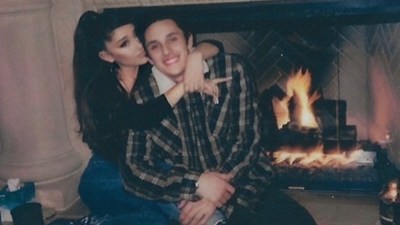