And Just Like That has certainly inspired some style controversies. Before the show even premiered, there was a spirited debate online about a certain possibly affordable dress. Of course, the series has that in common with its predecessor, Sex and the City, and that’s largely a result of its main character’s eclectic sense of style. Remember Carrie’s Season 3 romper? Or all the tutus? Or, good god, the dirndl? Carrie’s playful, adventurous looks—courtesy of the original show’s costume designer, downtown legend Patricia Field—were one of the show’s hallmarks, and despite Field’s absence, that remains true in And Just Like That.

But taking risks means that not everyone is going to be thrilled with every choice. When you take the kind of chances Carrie takes, you’re going to inevitably make some mistakes. Case in point: the garish look she wears to meet with her publisher in the most recent episode. Already, in the 24 hours since the episode dropped, I’ve seen plenty of reactions on Twitter. Time Magazine TV critic Judy Berman compared the ensemble to the kind of thing you might see on stage at a comedy club in the late ’90s. And yeah, there is a certain Poundstone-esque quality to the menswear-inspired look.

Mostly, though, AJLT Twitter is likening the look to the Joker, which, given the purple blazer and polka dots seems like kind of a lazy comparison. But actually, I guess Carrie does share a certain anarchic quality with Batman’s greatest foe. He famously just wants to watch the world burn, causing chaos not so much in pursuit of power or profit, but just to amuse himself. Carrie, meanwhile, with her assorted hats and fingerless gloves and statement flowers, has always basically dressed to please herself rather than impress anyone else. And Emily Nussbaum did dub her the original prestige TV anti-heroine so…

Actually, though, the first person that came to mind when I watched this scene was another sartorially daring fashionista—in her own way both comedienne and crazed clown: Edina Monsoon. Specifically, Carrie’s Spring/Summer ’97 Jean Paul Gaultier look reminded me of the Vivienne Westwood suit Jennifer Saunders’s character wears to meet her own publisher in the Absolutely Fabulous movie.

Of course, it’s not a perfect one-to-one comparison, but the color story is strikingly similar. And the fact that both characters wore these outfits to meet with their publishers about their impending book release makes me wonder if Carrie’s look isn’t an intentional echo of Edina’s. After all, the two share a certain anarchic streak in their personal style, Edina’s born of desperation, Carrie’s from devil-may-care whimsy. I also seem to remember a quote from Sex and the City showrunner Michael Patrick King about being inspired by Saunders’s physical comedy on Ab Fab when writing certain scenes in his own show.

While King and co. borrowed from Ab Fab’s comedic legacy, I think it’s fair to say that Saunders’ show benefited from the platform Sex and the City gave to Field’s occasionally wild styling. In the early seasons of Ab Fab, which aired in the more minimalist early ’90s, Edina’s loud, often vulgar wardrobe was played for laughs. But when the series returned in the post-SATC 2000s, her over-the-top clothes looked less and less like a joke and more like the kind that the women on Sex and the City might wear. I mean, there is literally a blue camouflage top that both Saunders’s character and Samantha Jones (Kim Cattrall) wore in the early 2000s.

I suppose you could say that the two shows also have in common a regrettable inability to exit gracefully. Both keep returning in slightly less successful incarnations. It’s like, to strain a metaphor, someone keeps locking them up, but they keep escaping to terrorize us again. Like the Joker, get it? 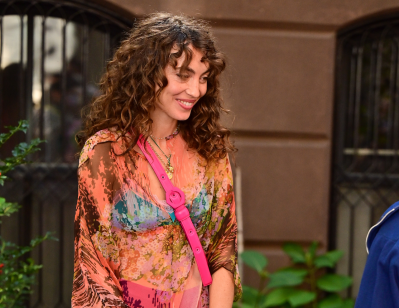 Who Makes Carrie Bradshaw’s Neighbor Lisette’s Jewelry in ‘And Just Like That’? 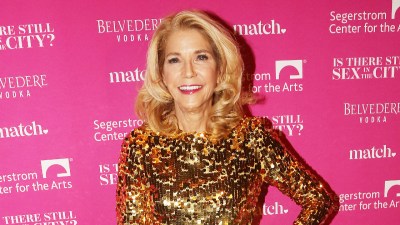 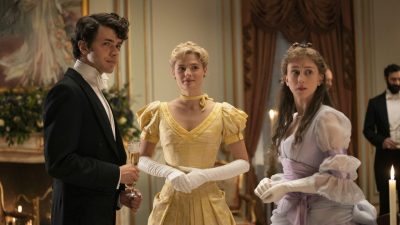 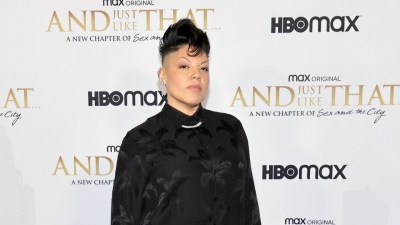 Who Is Sara Ramirez? Details On The Star’s Amazing Television Career 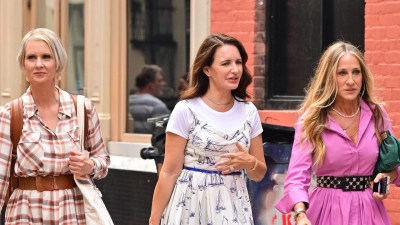 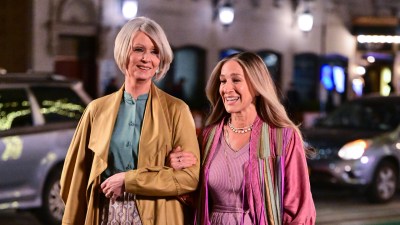 How Old Are Carrie Bradshaw, Miranda Hobbes And Charlotte York On ‘And Just Like That’?
Next page