And Just Like That, We’ve Seen HBO Max’s ‘Sex and the City’ Reboot

Some thoughts about the new show’s first two episodes

The first two episodes of HBO Max’s highly anticipated Sex and the City reboot—I guess we’re supposed to call it And Just Like That, but come on—dropped today, i.e. this morning, because that’s how streaming works, and of course, I have some thoughts. I mean, I’m sure we all have thoughts. Top of mind: I wonder how many of us actually watched this first thing on a Thursday morning? Cause, let me tell you, it was a hell of a way to start the day! You’ll see what I mean. Needless to say, spoilers ahead.

Ok, so Episode 1, “Hello It’s Me,” very much feels like it begins in medias res. Carrie and Miranda and Charlotte are out to lunch and run into Bitzy von Muffin-whatever (Julie Halston) and there’s some super expository dialogue about Samantha. So, yeah, we’re getting this out of the way at the top: at some point in the dim recent past, Carrie let Samantha go as her publicist and Sam got hurt and moved to London and stopped returning everyone’s calls. Couple things: first, with everything we know about the behind-the-scenes drama with the scrapped third Sex and the City movie and that time SJP tried to condole Kim Cattrall about the death of her brother on Instagram, this all feels very metatextually informed. Also, I buy it. It rings true. Friendships get complicated, people’s feelings get hurt, they grow apart. The idea that you’d stay friends with someone forever, that you’d continue to see them all the time as your lives change—that’s a very artificial, very TV concept. Also, there’s a joke about Samantha being “no longer with us,” which is definitely trolling the audience!

What else? Miranda’s hair is apparently a plot point, sort of. Or at least a topic of conversation. Charlotte misses the red. Same. Carrie thinks the grey looks fabulous. Also same! Miranda is also getting her master’s in human rights because she was v moved when all those lawyers rushed to the airport after Trump’s Muslim ban in 2017. I love this development. One of the most uncomfortable things about Miranda was always the fact that she was a corporate lawyer. I love that she’s ditched her very ’80s brand of lean-in feminism. Unfortunately, she’s traded it in for a super cringe-worthy brand of white wokeness. But the show seems to know how embarrassing that is and has law professor Dr. Nya Wallace (the fantastic Karen Pittman) to side eye Miranda’s white guilt. Also, Miranda seems to have a drinking problem?

Meanwhile, Carrie has a fashion Insta and she’s a co-host on a podcast with nonbinary comedian Che Diaz (Sara Ramirez). Question: does Michael Patrick King think that podcasts are like drivetime radio? Cause he’s got Che using a lot of dumb sound effects and asking inane shock-jock questions. Also, is Carrie wearing the heart of the ocean in this scene and why?

Then there’s this three-hour-long scene of Carrie and Big being a happy couple at home, followed later by some very uncomfortable sexy time—inspired by Che, Carrie is trying to be less prudish. And you know what? Carrie and Big are the least interesting part of all this.

Weirdly, I’m super intrigued by Charlotte’s relationship with her daughters. Lily (Cathy Ang), Charlotte’s adopted daughter, makes this really uncomfortable joke about Charlotte rescuing her, which I just don’t know what to do with. Thumbs down. Meanwhile, I want more of this very contentious relationship Charlotte seems to have with her youngest, Rose (Alexa Swinton), who very much seems to want nothing to do with her mother’s model of femininity. Solid comedic performance from Kristen Davis here. Also, LOL, Charlotte’s rescue bulldog is named Richard Burton. Solid.

Ok, so the episode culminates on the night of Lily’s big piano recital. Everyone but Big is there. Steve has hearing loss, and Stanford and Anthony, who are now married, apparently fight constantly. (I still resent this pairing.) Carrie and Miranda embrace unisex bathrooms, which is cool, and Miranda is defo headed for an AA storyline with that purse wine, which I hate. The storyline, not the purse wine. Having wine in your purse is awesome.

And while all this is happening…Big has a heart attack. And Carrie comes home just in time for him to literally die in her arms. And that’s how I started my Thursday morning!

Episode 2, “Little Black Dress,” is mostly about Big’s funeral. There’s a choice reappearance of Susan-Sharon (Molly Price), who is the only one who remembers what a “prick” Big was to Carrie, bless her. Also, Miranda catches Che getting her son Brady (Niall Cunningham) stoned. Miranda and Che have heated words, but then basically make up immediately when Carrie introduces them officially. And actually, I feel like this got wrapped up a little too tidily. The same thing happened in the first episode when Rose was refusing to wear the Oscar de la Renta dress Charlotte bought for her. These conflicts that feel like they should get time to breath get wrapped up in a single scene. But maybe this is just the tip of the iceberg. We’ll see.

I guess the only other really big thing here is that Samantha sent a huge flower arrangement. Carrie is moved by this gesture, and ok, fine, so am I.

So, ok, let’s be honest: And Just Like That… is off to an awkward start. But with two episodes’ worth of throat clearing out of the way, it does seem like there’s room for the show to improve. But even these first two episodes were mildly entertaining. Again, I’m weirdly most interested in the dynamics between Charlotte and Rose and Miranda and Brady—who she still seems to hate! And RIP Mr. Big or whatever, but let’s be honest, single Carrie is so much more fun. And at the very least, what we’ve seen so far is nowhere near as bad as the second movie. 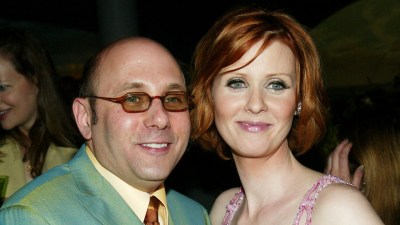 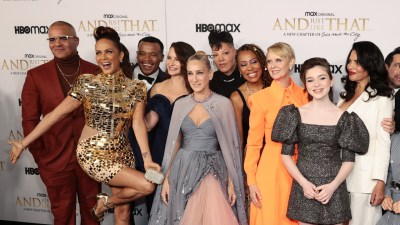 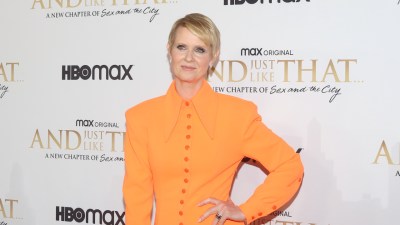