8 Moments That Propelled Virgil Abloh To The Forefront Of Fashion

Yesterday the world said a sorrowful farewell to the multifaceted designer that has left an immeasurable imprint on the fashion industry, Virgil Abloh. From interning at Fendi to launching game-changing label Off-White, and becoming the first Black designer to helm Louis Vuitton, his rise is undoubtedly summed up by his revolutionary approach to the fashion world during the 2010s. Abloh’s journey and ideas weren’t met without controversy at times. Yet, within only a decade, the skilled designer’s perseverance in creating a more dynamic, inclusive, and sustainable industry for the future is evident in the influence of his work on other designers and the love tributes from fans, friends, and family.

Aside from his forward-thinking collections that changed the narrative of streetwear, Virgil Abloh’s greatest moments arguably were off the runway—paving the way for numerous emerging creative talents and opening doors to new opportunities. For example, in 2018, Abloh extended an invite to his highly anticipated Louis Vuitton debut to 3,000 fashion students who otherwise never would have had the chance to experience a show in person. He has also supported various migrant and marginalized groups, including skateboarders and surfers in his parents’ home country of Ghana. Abloh also saw it equally as important to give back to his own community by building parks across Chicago and establishing a scholarship fund.

Virgil’s everlasting impact on the industry lives on in the positive change he brought and the innumerable hearts of those around him that he has touched. Ahead, GRAZIA looks back at some of Virgil Abloh’s most career-defining moments in recognition of his impact and legacy.

Abloh worked with industry pals Matthew Williams, Heron Preston, Justin Saunders, and YWP to create an art collective and DJ squad, BEEN TRILL. The group garnered a massive following on Tumblr and eventually decided to release merch that turned into a streetwear label that they sold to PacSun in 2015.

For his first independent line, Pyrex Vision launched in 2012, Abloh purchased deadstock Ralph Lauren flannel shirts for $40 each, and screen printed them with the word Pyrex and the number 23, an homage to his childhood hero, Michael Jordan. The shirts sold for $550 each and were a hit, truly showing Abloh understood the “hype”.

When Abloh rebranded Pyrex Vision to Off-White in 2014, the label became a tour de force in defining the meaning of streetwear. He created an intersection between high fashion and streetwear that was never done before but is now the precedent of most streetwear labels.

One of Off-White’s most notable and ongoing partnerships is with sportswear powerhouse, Nike. The collaboration marked a change in how sportswear is looked at from a luxury point of view. For his first collaboration in 2017, Nike enlisted ABloh to reimagine ten of their most iconic sneakers — each adorned his signature safety tag around the laces. Without surprise, the sneakers sold out in mere minutes and you can only guess where the resell value sits at.

Abloh heralded in a new era for the luxury maison that caught the fashion set by surprise when he debuted his first Louis Vuitton collection in 2018. He brought a more diverse and colorful Louis Vuitton to the forefront that was well received and evident by the front row filled with close friends Kim Kardashian West, Kanye West, Naomi Campbell, Rihanna, Gigi, and Bella Hadid.

Abloh’s charisma and genuine likeability are evident in his supportive group of friends and family. The designer was enlisted to create pal, Hailey Bieber’s gown for her wedding to Justin Bieber. The lace dress was traditional yet also featured unconventional elements staying true to Abloh’s DNA including the iconic veil that read out “Till Death Do Us Part”.

At the time the collaboration came as something very misunderstood. Who was this for? many asked. Now only a year later Mercedes has partnered with numerous fashion brands as well as brands working with other car manufacturers truly proving Abloh was a designer ahead of his time.

Launched in 2020, the Post-Modern scholarship fund was Abloh’s answer to giving back to his community that he was a product of. At the end of 2020, Abloh announced that the fund had raised one million to support Black fashion students in partnership with the Fashion Scholarship Fund (FSF). “I’ve always been passionate about giving the next generation of students the same foundation for success that was given to me,” Abloh mentioned in a statement. 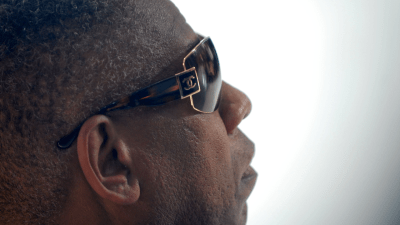 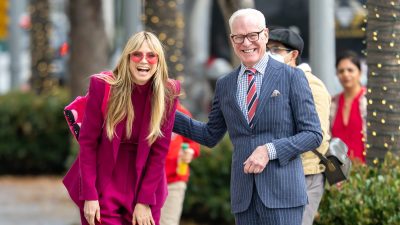 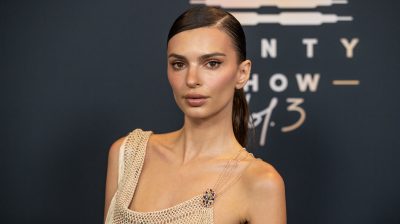