Everything We Know So Far About ‘The Crown’ Season 5

Including the rumor that Emma Corrin will return as Princess Diana, despite Elizabeth Debicki already confirmed for the role

As soon as the credits started running down the screen on the final episode of season four of The Crown, Google searches started to find out when we’d have more of the hit drama, which fictionally tells the story of the British royal family.

After standout performances from Claire Foy, Matt Smith and Vanessa Kirby in the show’s early seasons, the series started to lag a bit in season three, as the Queen and her family entered middle-age and her children were too young to play much of a role. But season four, which was without a doubt the most anticipated so far due to the inclusion of Princess Diana’s storyline, kicked off with a bang, depicting Prince Charles meeting a young Diana Spencer in episode one and the beginning of Margaret Thatcher’s reign over the United Kingdom.

Emma Corrin, who plays Diana, and Josh O’Connor, who plays Charles, were the series’ standout performances, with many wishing that the creators hadn’t pledged to replace the actors for next season, due to a jump in the characters’ ages. But, if the rumors are to be believed, perhaps we won’t have to bid farewell to the pair just yet…

Below, everything we know so far about The Crown season five.

Oscar nominee Imelda Staunton was confirmed by Deadline to be taking the reins from Olivia Colman as Queen Elizabeth II in the series’ final two seasons.

“I’m absolutely thrilled to confirm Imelda Staunton as Her Majesty the Queen for the fifth and final season, taking The Crown into the 21st century,” creator and showrunner Peter Morgan said in a statement. “Imelda is an astonishing talent and will be a fantastic successor to Claire Foy and Olivia Colman.”

Staunton also released a statement, which reads, “I have loved watching The Crown from the very start. As an actor it was a joy to see how both Claire Foy and Olivia Colman brought something special and unique to Peter Morgan’s scripts. I am genuinely honored to be joining such an exceptional creative team and to be taking The Crown to its conclusion.”

Oscar-nominated actress Lesley Manville is confirmed to take on the role previously played by Helena Bonham Carter and Vanessa Kirby. “I could not be happier to be playing Princess Margaret,” she said in a statement shared to the show’s official Twitter. “The baton is being passed on from two formidable actresses and I really don’t want to let the side down. Furthermore, to play siblings with my dear friend Imelda Staunton will be nothing short of a complete joy.”

Following Emma Corrin’s incredible one-season portrayal of Princess Diana, Australian actress Elizabeth Debicki will be taking over for the show’s final two seasons. “Princess Diana’s spirit, her words and her actions live in the hearts of so many,” Debicki said in a statement, shared to The Crown‘s Twitter. “It is my true privilege and honor to be joining this masterful series, which has had me absolutely hooked from Episode One.”

Dominic West is in “final talks” to play Prince Charles

Dominic West is reportedly in the final stages of discussions to star in season five of The Crown, taking over the role from Josh O’Connor, who played Prince Charles in seasons 3 and 4 of the series. In real life, West has been involved in some drama of his own, pictured canoodling his co-star Lily James in Rome, despite being married.

Season four ended in 1990, the year Thatcher was “ousted” from her Prime Minister position. It’s likely that season five will continue along the 90s, covering events such as the divorces of Princess Anne and Mark Phillips’ in 1992 and the 1996 breakups between Prince Charles and Princess Diana and Prince Andrew and Sarah Ferguson. Then, of course, in 1997, Princess Diana tragically died in a car crash in Paris.

After an incredible performance as Princess Diana – one that’s being dubbed the best portrayal of the late princess yet – The Crown‘s creators are reportedly looking at ways to incorporate the British actress into season five through flashbacks to her younger years.

The show’s creators have said multiple times that they don’t want to bring The Crown into the present day, despite the young royals no doubt being the most interesting part of the monarchy. To avoid hitting too close for comfort, they initially toyed with the idea of stopping the series at season five, instead of six, but have since backtracked and said there will (thankfully) be another two seasons.

“As we started to discuss the storylines for Series 5, it soon became clear that in order to do justice to the richness and complexity of the story we should go back to the original plan and do six seasons,” the show’s creator Peter Morgan told Deadline. “To be clear, Series 6 will not bring us any closer to present-day—it will simply enable us to cover the same period in greater detail.”

When asked about whether the young royals, such as Meghan and Harry, would be included in the show, Morgan told Entertainment Weekly in 2018, “I feel uncomfortable writing about events within a certain time period. I think there’s a certain amount of time within which, if you write about it, what you do instantly becomes journalistic. Because it’s too close to the moment.”

Season five of The Crown won’t premiere until 2022

Here’s the worst part: according to Deadline, season five of The Crown won’t premiere on Netflix until 2022. Production on season five will begin in June 2021 and filming for the sixth and final season in 2022.

With a viral pandemic, global civil rights movement, economic crisis and climate crisis all taking place in 2020 alone, who knows where we’ll be by 2022… here’s hoping sitting in front of the TV prepped and ready for more drama courtesy of the British royal family. 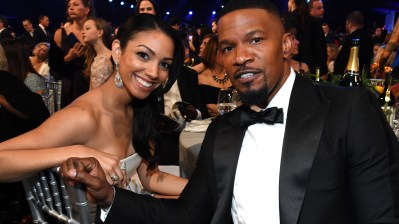 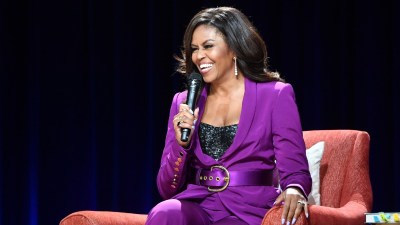 Michelle Obama Speaks Out In Support Of Meghan Markle 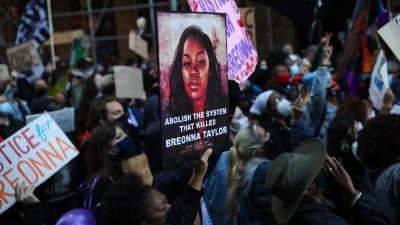 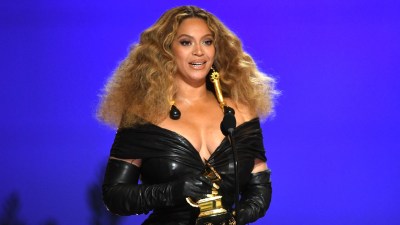 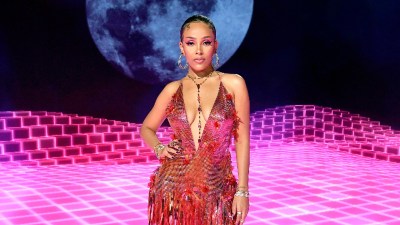