Machine Gun Kelly‘s long-awaited line of nail polish has arrived after months of teasing. The musician’s new beauty venture UN/DN LAQR was inspired by his notoriously loud and creative nail art, and has been in the works for some time.

Now the unisex polishes are finally launching, underpinned by a philosophy that the Bloody Valentine singer – real name Colson Baker – says is based in expressing creativity and de-gendering beauty.

Each polish is designed to be effective and easy to use, so that nail art enthusiasts can create their own intricate designs at home.

“When I went and got coffee, one of the first times when I actually had my nails done, I went to the counter and the guy was like, ‘Wow, your nails are so beautiful’,” he told Allure. “It makes you want to be open to the conversation. You spend time taking care of yourself and paying attention to a detail and then somebody else appreciates that detail.”

Baker also revealed in the interview that girlfriend Megan Fox played a special role in the concept of UN/DN LAQR. The pair, whose coupling remains a feverish obsession on social media, worked together to name the shades, which Baker chose to transcend seasons and trends.

Among the shades – including an inky black polish called Depressionist, a deep Mary Jane green (of course) and a grey shade dubbed Writer’s Block – it was revealed that Fox named the shade of a vivid orange polish, 25 to Life.

Here’s hoping we’ll see further collaborations between the iconic couple as UN/DN LAQR grows. The colors are said to be a mix of pastels and statement brights, set to be sold both individually and in sets, with prices starting at US$18.

Baker joins Harry Styles as a freshly-minted beauty entrepreneur, with the Adore You singer also releasing his own genderless nail polish, makeup and skincare this week. 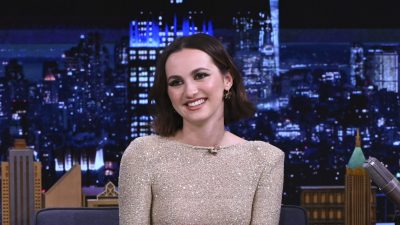 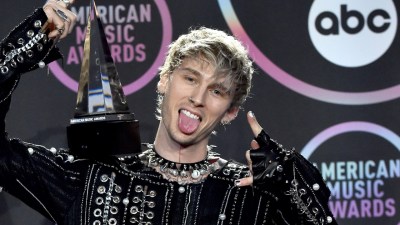 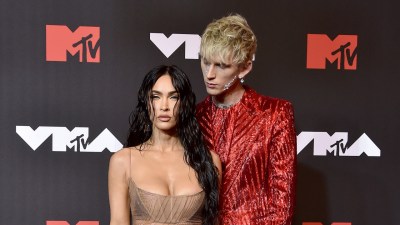