King Kylie is King of the Jungle now

Lions, and tigers, and bears, oh my! Kylie Jenner embraced the ferocity of her zodiac sign in “Leo Couture,” wearing a sleek black column dress adorned with a massive faux lion’s head on the bust to Schiaparelli‘s Spring/Summer 2023 Haute Couture show.

On Monday morning, Jenner turned heads as she arrived to designer Daniel Roseberry’s collection for the French fashion house sporting a custom Schiaparelli Haute Couture creation in a velvet ruched strapless gown with a lion’s head attached to the front. The striking addition was made from hand-sculpted foam, wool, and silk faux fur, and “hand-painted to look as life-like as possible, celebrating the glory of the natural world,” the brand wrote on social media.

The reality television star teamed her dramatic ensemble with a black and metallic gold handbag and sling-back heels with gold embossed toes from the fashion house.

Jenner styled her hair into a high ponytail, with a piece swooping across her forehead to create the illusion of side-swept bangs. The makeup mogul sported a glowing, bronzed complexion and accessorized with gold earrings shaped as eyes.

“BEAUTY AND THE BEAST,” Jenner wrote on Instagram. “thank you @danielroseberry and @schiaparelli for such a special morning. wow i loved wearing this faux art creation constructed by hand using manmade materials. beautiful beautiful 🦁🦁.”

Other front row fixtures included actress and model Marisa Berenson (the granddaughter of founding designer Elsa Schiaparelli), who sat next to Jenner, plus actress Diane Kruger, Emily in Paris star Philippine Leroy-Beaulieu and Doja Cat, who was covered in 30,000 crystals for the show.

Jenner’s ferocious lion wasn’t the only fierce feline seen at the show. Supermodel Shalom Harlow walked the catwalk in a strapless column dress emblazoned with the head of a snow leopard, while Irina Shayk adorned a mighty lion that was very similar to Jenner’s. Naomi Campbell also strutted down the runway in a long-line coat with a faux black she-wolf’s head perched on the shoulder.

Intending to “celebrate the glory of the nature and guarding the woman who wears it,” the brand assured the public on social media that, “NO ANIMALS WERE HARMED IN MAKING THIS LOOK.”

As creative director of the fashion house, Roseberry found inspiration in Dante Alighieri’s Inferno for the Couture assortment. “Nothing is as it appears to be in these clothes,” Roseberry shared in the show notes.

“Along with a nod to Dante’s sense of organization (three looks for each of the nine circles of hell), I also took direct inspiration from some of his most arresting images. The leopard, the lion, and the she-wolf — representing lust, pride, and avarice, respectively — find form here in spectacular faux-taxidermy creations, constructed entirely by hand, from foam, resin, and other manmade materials.” 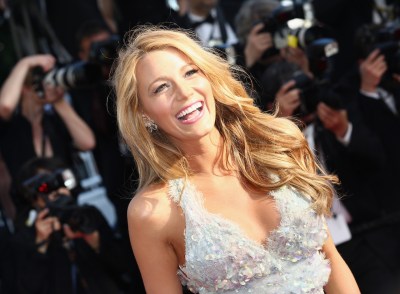