Fake News — A 200-Year Smear Campaign And The Lies Behind ‘Hamilton’: How George III Has Been Slandered By History

He’s been ridiculed throughout history as the “mad King who lost America” – and lampooned in the Broadway blockbuster Hamilton, as a camp, bloodthirsty idiot – but according to revelations in a new podcast, not only was King George III one of Britain’s most popular and successful monarchs, but the version of history we’ve been taught for generations is “completely factually incorrect in every way.”

This is according to historian and author Andrew Roberts, who tells the host of “The Firm: Blood, Lies and Royal Succession” that Lin-Manuel Miranda’s smash musical is simply the latest example of a 200-year smear campaign against the British monarch.

“George III was a person who I think has been completely misunderstood by history,” he explains.

“In that show [Hamilton] he’s made out to be a camp sadistic, prancing, slightly idiotic figure who sings songs about how he wants to kill American families in order to remind them of his love. It’s a very funny production and I do enjoy it and I tapped my foot along with the rest of them and the songs are very catchy. But historically, it is completely and utterly false in every possible way. He was none of the things that I’ve just mentioned. I mean, it’s a very amusing, charming portrayal in an amusing charming musical, but it’s completely factually incorrect in every way.”

But if taking aim at the record-breaking 11-time Tony Award-winning production seems a controversial stance to take, Roberts is not finished there: According to him, the very document from which American democracy is founded is also guilty of spreading lies about the king. “The Declaration of Independence makes some 28 charges against him, 26 of which I believe to be rubbish,” he says.

“You got a set of historians who try to make him out to be a dictator essentially — this whole idea by Thomas Jefferson, who in the Declaration of Independence said that, ‘He was unfit to be the ruler of a free people.’ And so very sadly, he’s had a terrible reputation historically and that’s why for the last 200 years or so, people have considered quite wrongly, that he was a despot or a tyrant and it simply was not the case.”

The extraordinary charges come in Episode 3 of “The Firm: Blood, Lies and Royal Succession,” titled “The Madness of George III.”

In the podcast series, historians, biographers and royal experts examine a new historical scandal every week in an attempt to uncover the truth behind the official establishment spin. Previous episodes have exposed the real relationship between Prince Andrew and billionaire pedophile Jeffrey Epstein, and debunked the myth of Queen Elizabeth I, Britain’s so-called “Virgin Queen.” The podcast has already drawn comparisons to the Netflix series The Crown.

George III ruled the British Empire for 60 years between 1760 and 1820, but it was during his reign that the British colonies in America broke away and drafted the Declaration of Independence in 1776. The result was eight years of bitter fighting, before the British conceded defeat and George Washington was sworn in as the first U.S. President in 1789.

According to Thomas-Mace-Archer-Mills, founder of the British Monarchist Society, even Washington himself was guilty of exploiting “fake news” against the king for his own ends.

“You need that villain to actually justify why things were done, the way they were done,” he says. “And the American revolution didn’t have to be what it was. It didn’t have to turn out that way. General George Washington, his issue, the reason he was so involved in going against the British, is that he, being British, didn’t get what he wanted. He wanted to be British gentleman’s officer. He was never given that ability. So he was angry with his own people because he didn’t get what he wanted. George Washington is a character here who was very happy to be British until it didn’t suit him and his agenda anymore.”

Both historians also explain that, although the Founding Fathers’ compelling use of fake news against George III might have worked in America, back in Britain George was “loved and revered.”

“He was in fact, an enlightened monarch,” says Roberts, author of The Last King of America, The Misunderstood Reign Of George III. “He was a Renaissance Prince in many ways. He was somebody who took his benevolent duties as a Monarch extremely seriously.

“He was the man who created the Royal Academy of Arts, he collected over half of the Royal Collection, which is the largest art collection in the world today in private hands. He built up the Center of the British Library, the nucleus of it today is the 80,000 books that he built up in his library. The Science Museum today has the largest collection of the scientific instruments in the world that he built up, as well.

“The planet Uranus was named after him. It originally was called George’s Star after him because he helped Sir William Herschel and he built the largest telescope in the world. [The composer] Handel said of him that, ‘While that young man lives, my music will never need a champion.’ He was able to speak four languages, he played four instruments. He was so much more than the kind of babbling idiot that you get in almost all of the representations of him.”

Mace-Archer-Mills adds, “In the United Kingdom he was so loved and revered. He was known as the ‘Farmer King.’ He would go out and talk to people in their farms and ask them about growing their crops. And he shared a love of the people and the land. So it was confusing for him to say, well, on this hand, I’m loved here on this side of the Atlantic, but I’m absolutely hated amongst my subjects on the other side of the Atlantic.”

George III ended his life the victim of a disease that gradually robbed him of his mental faculties. And Roberts believes that it is this affliction that has been seized upon by the fake news propogandists to perpetuate a 200-year slander against the king.

Listen and subscribe to “The Firm: Blood, Lies and Royal Succession” below! 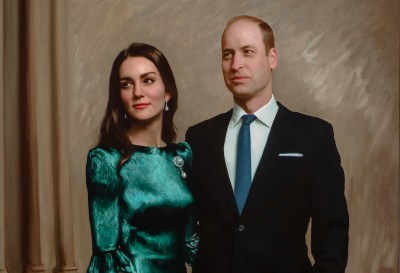 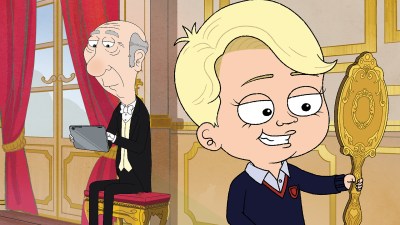 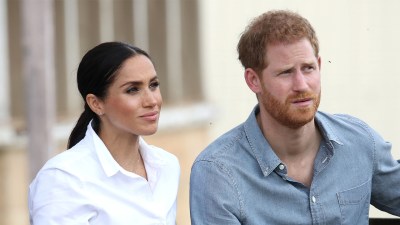 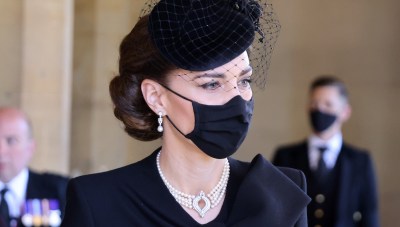 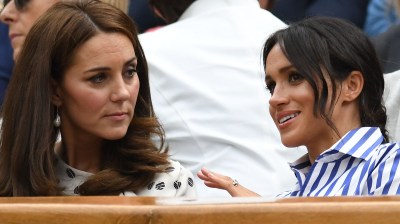 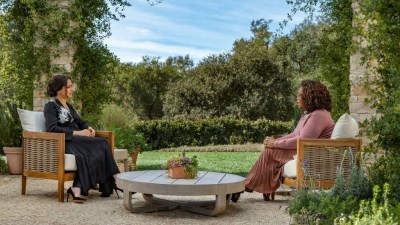