Here, GRAZIA details the history behind the accessory, as inspired by Harry Styles' unforgettable Grammys look

Forever seared into my memory is one of my first grade-school birthday parties inspired by my unrivaled passion for America’s Next Top Model. My friends and I packed colorful eyeshadow onto our eyes, swiped on the stickiest candy-flavored lip gloss we could find, and completed the look with a vibrant feather boa plucked from the party aisle of the dollar store. That is the last time I ever felt the urge to drape the accessory over my shoulders, until the evening of the 63rd annual Grammy Awards, when Harry Styles’ custom Gucci boa turned the world on its axis.

The oh-so-dramatic boa has long held perennial fascination through history. Textbooks don’t officially document the whimsical accessory’s fashion evolution, but in the 19th century, they were synonymous with high social-standing, made from ostriches, turkeys, marabou, and chandelle feathers. Per reporting by New York Magazine, fashion designer and founder of the eponymous NYC department store, Henri Bendel, claims exist to have invented the feather boa in the late 1800s, despite photo evidence dating the accessory back to the beginning to middle of the century—at the height of the plume trade.

According to Jezebel, the death of the once-thriving plume trade was in one part due to Congress passing of the Migratory Bird Act of 1913, (which “prohibited spring hunting of migratory birds,” and another part due to the Great Depression. In the years following, boas became less alluring to everyday people and more appealing to performers who toed the line between glamorous and ironic: members of the drag community, movie stars on the big screen, and famous performers.

Formerly a symbol of wealth, the feather boa adopted a theatrical, campy aesthetic in the 70s, represented by Janis Joplin, Elton John, and Aretha Franklin—just to name a few. In the 90s, feather boas looked fabulously over-the-top, well-represented on the red carpet by Naomi Campbell, Rose McGowan, and Lara Flynn Boyle. During this time, they also became embedded deep in our pop culture knowledge courtesy of classics like Clueless, Almost Famous, Sex and the City, and Never Been Kissed.

In the years since, we have yet to experience a significant feather boa resurgence à la years past, one that’s worth noting in a future history book dedicated to the quirky trend. But that’s not to say that celebrities and performers haven’t incorporated the accessory to make a statement on the red carpet, i.e., Lizzo at the 2019 MTV VMAs and Winnie Harlow at the 2019 CFDA Fashion Awards.

Flash forward to the present-day, and we wouldn’t be entirely surprised if Styles’ Internet-famous boa moment shines a light back on the always-intriguing accessory. Perhaps the 21st century will mark its return, which, you must admit, would be a hit at post-pandemic gatherings, where anything goes in terms of party-dressing. Inspired? Keep scrolling to shop GRAZIA’s curated luxury edit of feather boas bound to make you stand out in a crowd. 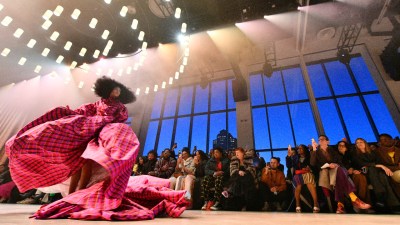 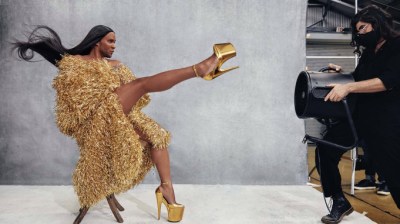 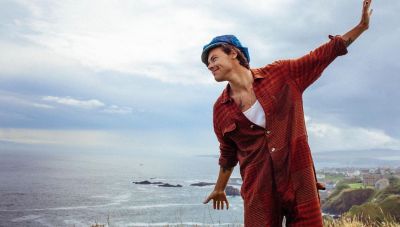 Now Obsessing Over: Tracee Ellis Ross in *That* Cult Gaia Dress
Next page