Euphoria’s masterful Emmy-winning makeup aficionado Doniella Davy has once again taken to Instagram to provide us with some unparalleled insight into our favorite character’s beauty choices, this time fully equipped with a step-by-step tutorial.

If you’ve ever seen Euphoria, you know that the character Maddy Perez (portrayed by Alexa Demie) always has the sharpest, most precise, killer winged eyeliner. In the latest episodes of season two, Maddy has amped it up a notch. Going without the ultra-glam eye crystals she adorned in season one, she’s taken her razor-sharp eyeliner to the next level by doubling up on her wings.

Walking us through the Maddy’s double wing, Davy first perfects her singular wing with tiny, pointy q-tip. After that, she pulls out from her bottom lid, creating a poker straight parallel line with her L’Oreal Paris Infallible Flash Cat Eye Liquid Eyeliner pen. Meticulously filling in the finishing touches, Davy adds mascara to her sleek and chic cat eye, expertly executing the look.

This season, Alexa Demie has taken on more of a collaborative role in imagining up different beauty looks for Maddy. Growing up with her mother working as a makeup artist for MAC, Demie witnessed her mother completing elaborate editorial beauty looks and acted as her mother’s model for tutorials and experimental makeup creations. Working alongside Davy and fellow makeup artist Alexandra French, Maddy’s signature wing has been breathed new life with a fresh and intricate perspective, requiring “all hands and eyes on deck.” 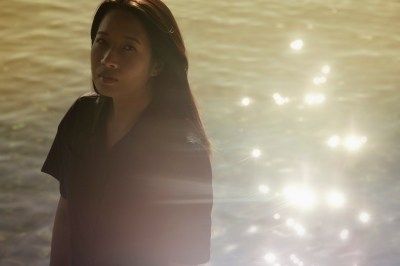