Has the power suit lost its power?

May the controversy begin.

Suits for women has become one of the most prominent trends.

Over the years, a classic suit has been historically associated with projecting elegance, professionalism and worn for special occasions. Nowadays, it seems like it’s become associated with quite the opposite. Many would say that what used to be a power suit has now become powerless.

Today, the suit has a different meaning and a different purpose. What was once a night and shining armour for men has slowly died down and diminished its original purpose. Decades ago, in the late 1940s, suits were solely worn on the most powerful men, who didn’t have the time to figure out a distinctive alternative to their everyday pinstripe and navy double-breasted suits.

Now, fast forward to the future, the fashion industry began to remake the traditional suit from designers like YSL, Tom Ford, Chanel and Michael Kors reimagining it in a new and improved silhouette dominated by the runway season after soon. Take Celine, for example, during their latest collection. The luxury fashion house paired a traditional blazer with a baseball cap and jeans. Even Tory Burch’s latest spring – summer 2022 collection consisted of a signature trouser paired with an everyday tube top and crossbody bag.

Following the recent change in the fashion industry, we’ve seen the likes of our everyday Gen Z’s and the most influential women in the industry, from Meghan Markle to Blake Lively, wearing a suit most informally. And after that, suits no longer became about power; they were about style. Which has been the controversial subject many have – and continue – to speak on.

It feels as if the suit is in a very interesting place, and I can’t lie – I’ve become a sucker for an oversized suit with an everyday sneaker. It feels empowering but still completely chic and cool. Even musicians and actresses are now wearing business suits during performances.

Today, suits are a fashion statement. But does that mean that lawyers, businessmen and TV anchors are powerless in the so-called power suit? Men would be motivated by purchasing a bold suit; it gave them a form of confidence and reflected their personalities.

To me, breaking away from tradition can go two ways. It can either go south real quick or can rebirth a new sense of style, and that’s what I see has happened here. Men may think they lost their power, but they have gained in style what they think they have lost.

Ahead, find our favourite women borrowing from the boys and stepping out in the chicest suits in various fabrics, styles and lengths. 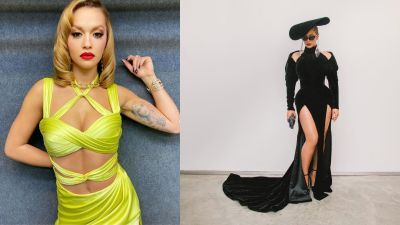 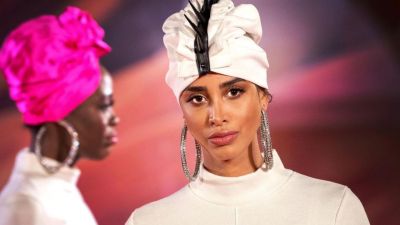 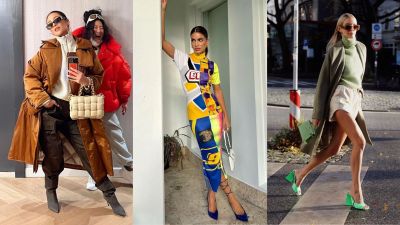 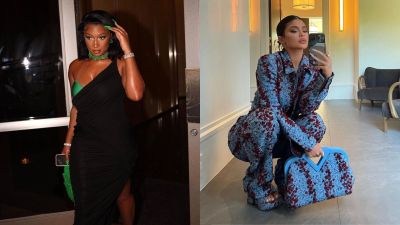 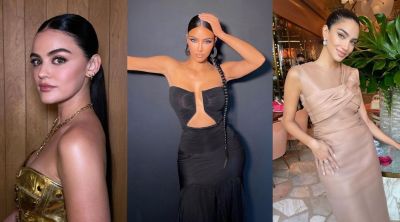