Okhtein’s SS21 collection is a bid for reconnection

In a dignified act of defiance, Egyptian bag brand Okhtein’s Spring/Summer 2021 collection is resolutely anti-fashion. So much so, Aya and Mounaz Abdel Raouf, the sisters behind the brand, have refused introduce any new styles, and instead legacy designs were reworked in materials from their existing stock.

Named Reconnect, and dubbed as “a natural progression of styles revisiting Okhtein classics from previous seasons”, the collection has its roots firmly in the humanity of its designers, and was inspired their reconnection with their inner selves despite – and perhaps because of – the challenges of the past year. “I did a lot of self-reflection, sound healing, and many activities that helped me get in touch with my inner self,” Aya tells GRAZIA. As for Mounaz, “I had time to reconnect with myself through painting, cooking and also self-reflecting,” she adds.

Lensed by the North-African photographer Mous Lamrabat in a dramatic Moroccan mountain backdrop and modelled by Athiec Chol Malel, the Reconnected range sends a powerful message about sustainability and renewal. This echoes Okhtein’s new manifesto of “trying to offer meaning to the market. The sisters reveal, “We don’t follow trends and what sells. We have become more consumer centric. Our focus now is on the consumer and their needs.”

If the creative duo have their way, the future of the brand includes expansion, exploring new materials, and penetrating new markets, plus increasing its offering to include more casual, everyday options. And poignantly, by saying no to novelty now, this reimagined collection allows us to look at Okhtein’s legacy manifested in their most beloved styles – from The Palmette Hexagon Minaudière inspired by architecture from the Fatimid Dynasty, to the retrofuturistic curves of The Terra Handbag – for the treasured heirlooms they’re truly destined to become. 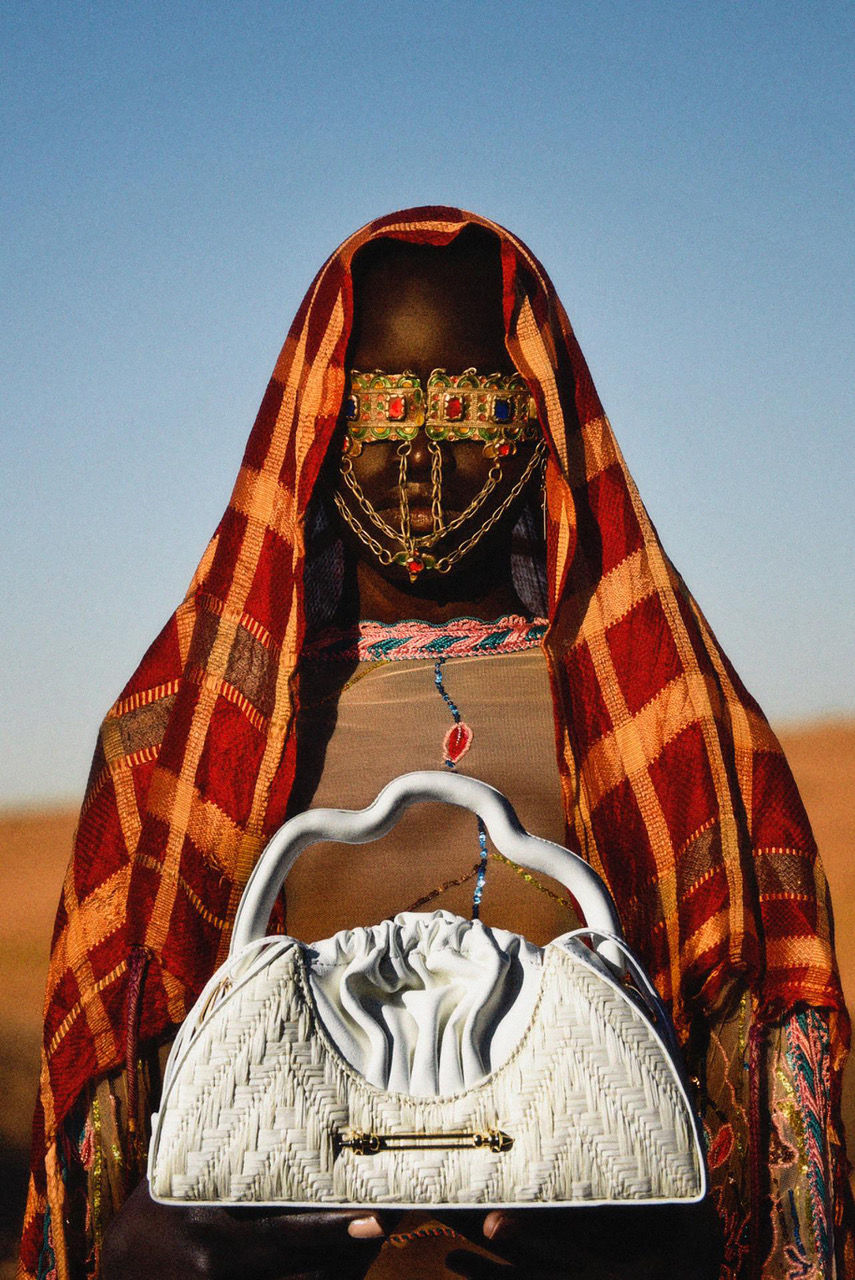 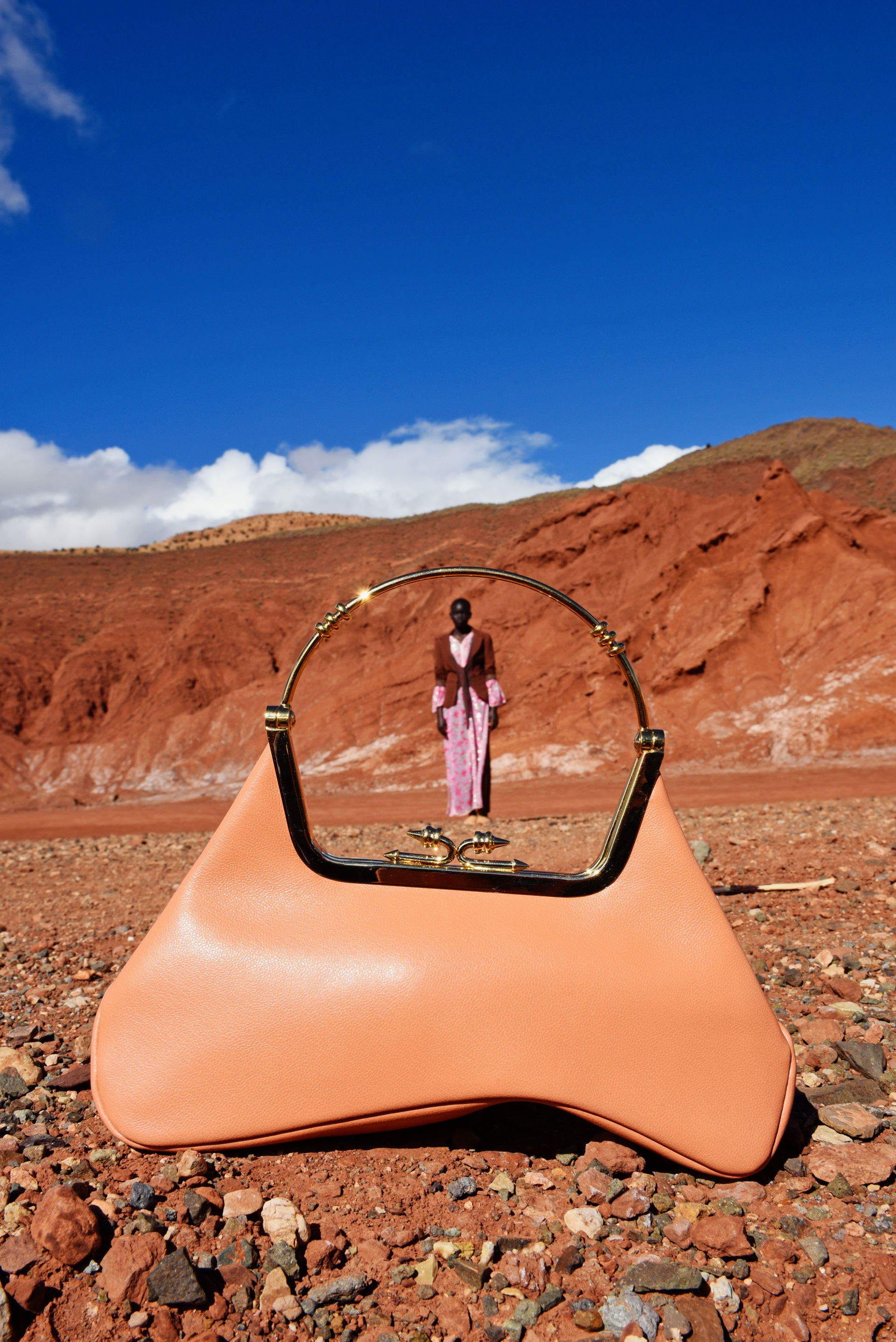 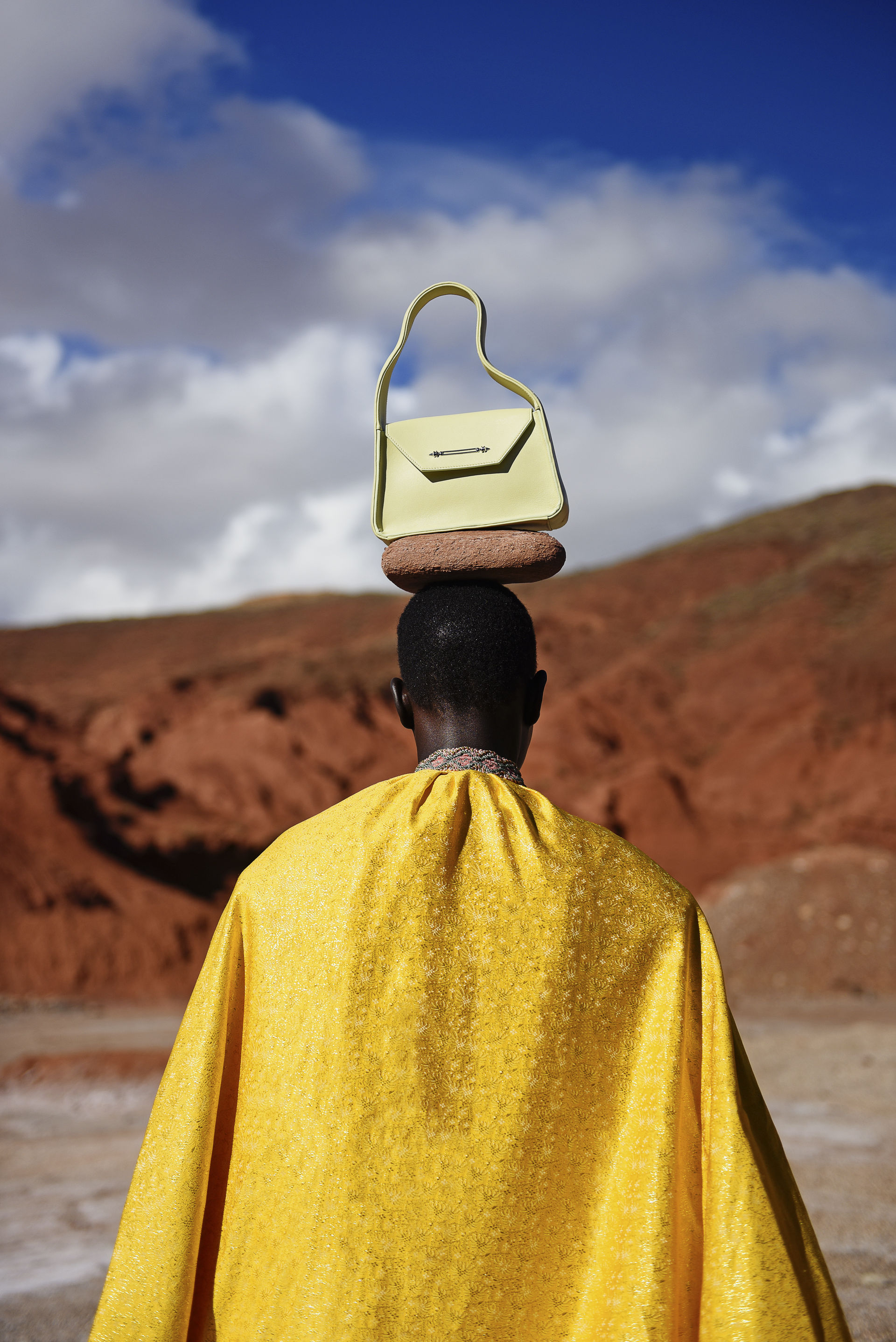 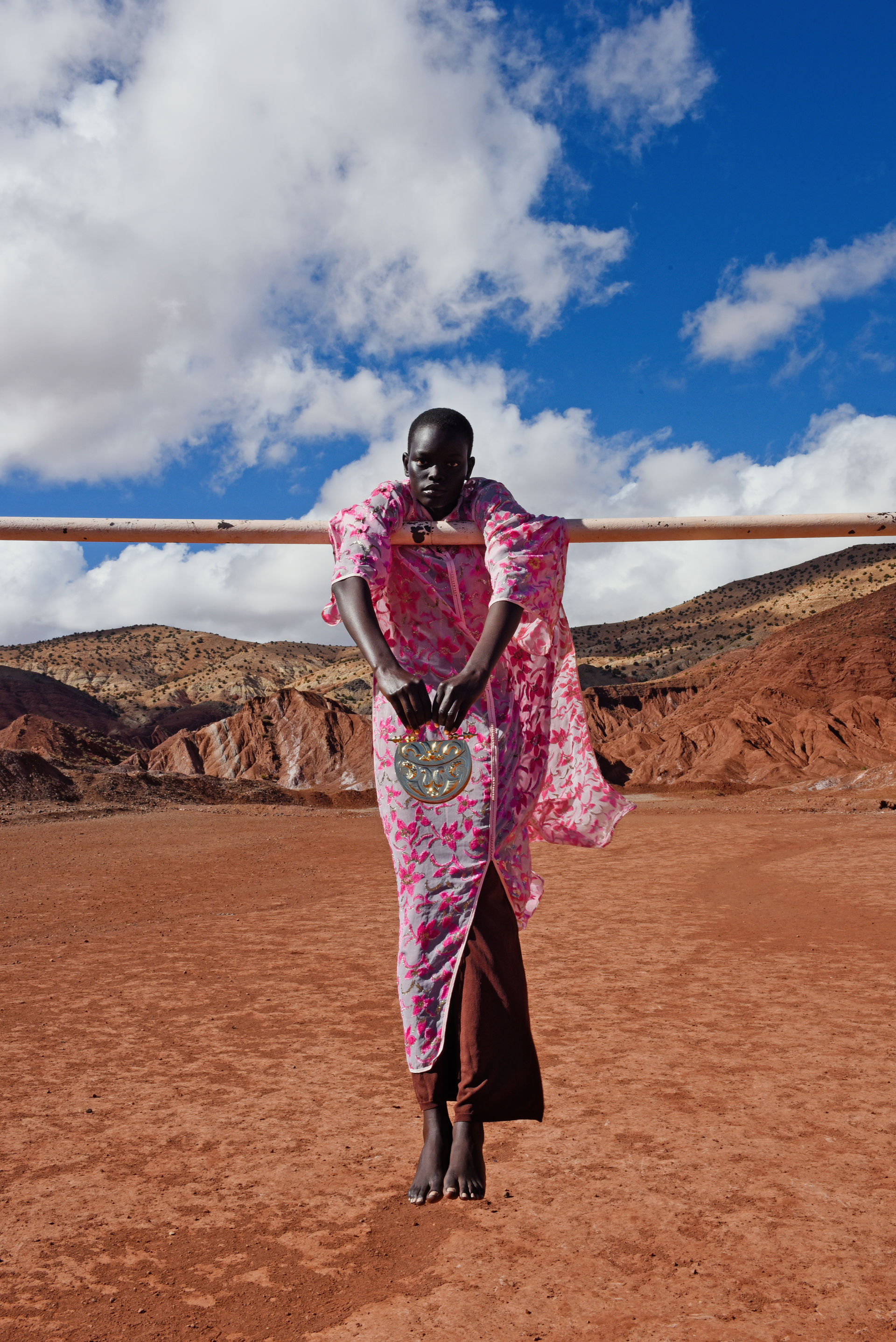 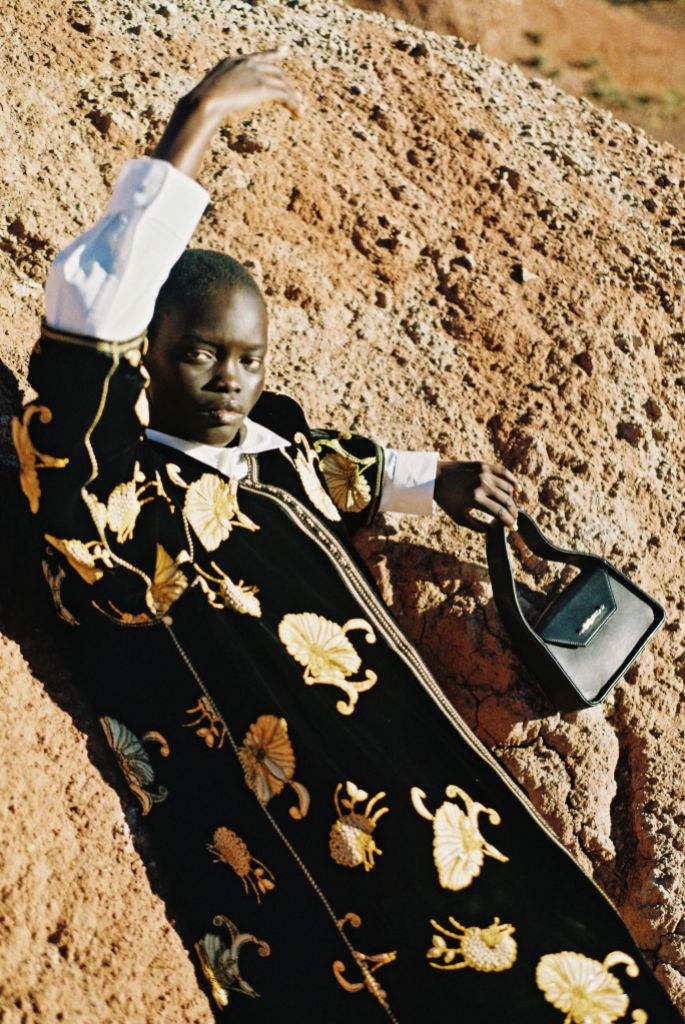 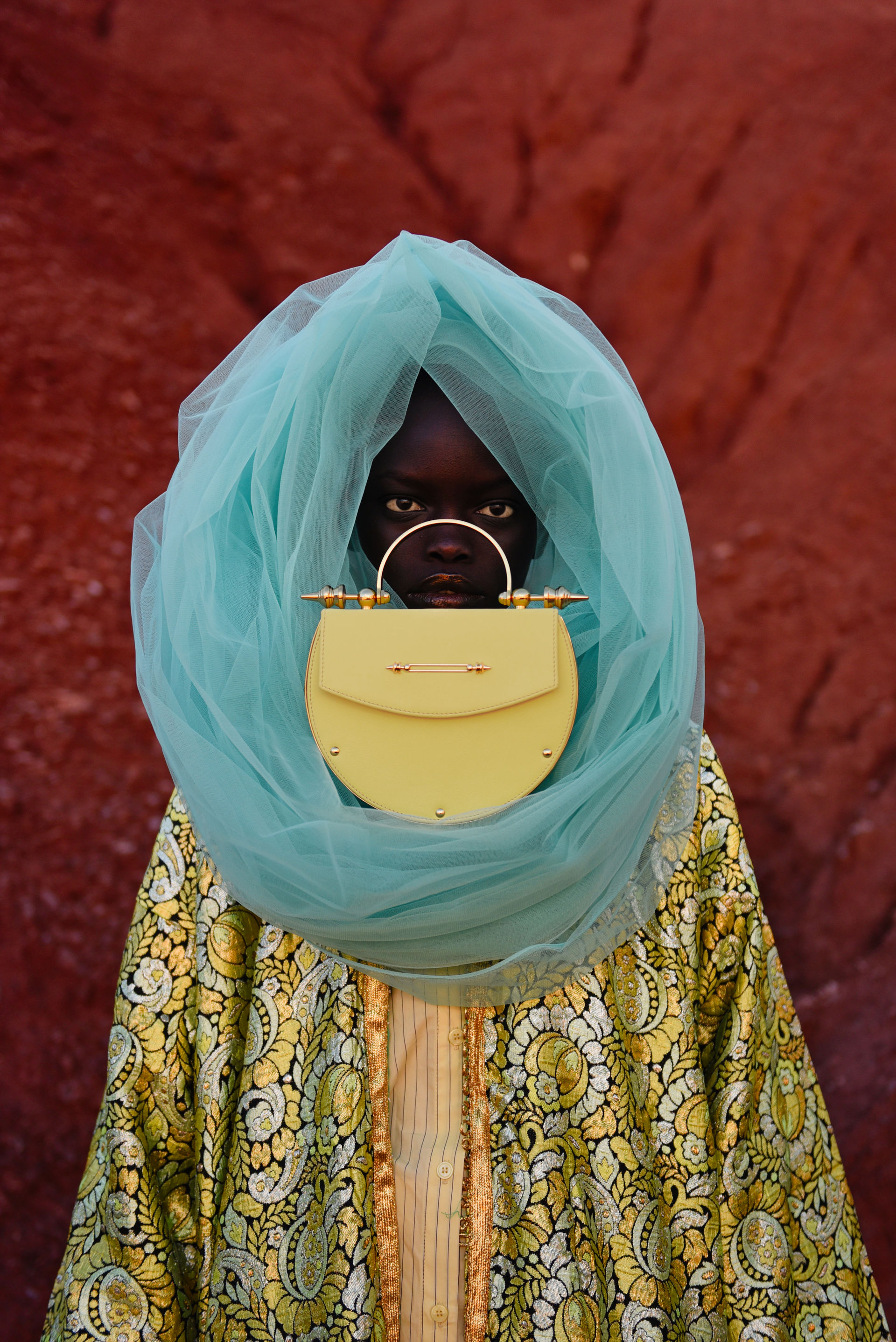 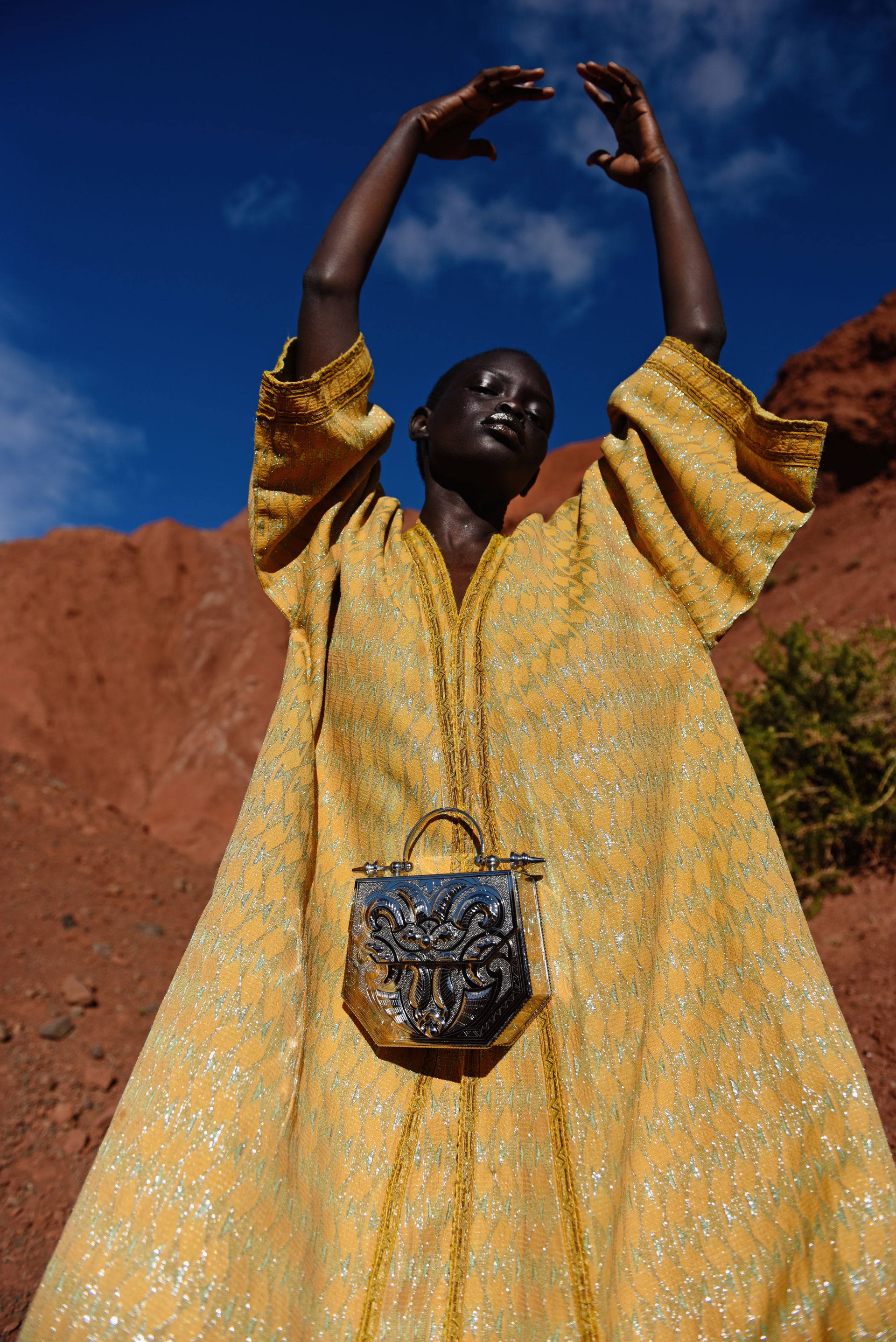