Plus, tries out 4 seasons in 1 outfit

Bella Hadid has made no secret of her fashion obsession with the 20-year period that spanned the 1990s and 2000s. Such is her enthusiasm for the era/s, she’s fast-become the pin-up girl for its revival, never without some form of fashionable nostalgia. There was her ’90s spin on office wear, her ‘Girlfriend’ bucket hat, cropped cardigans, chokers, baguette bags and of course, the thong heel, of which she is a repeat offender along with fellow ’90s pin-up Kendall Jenner. 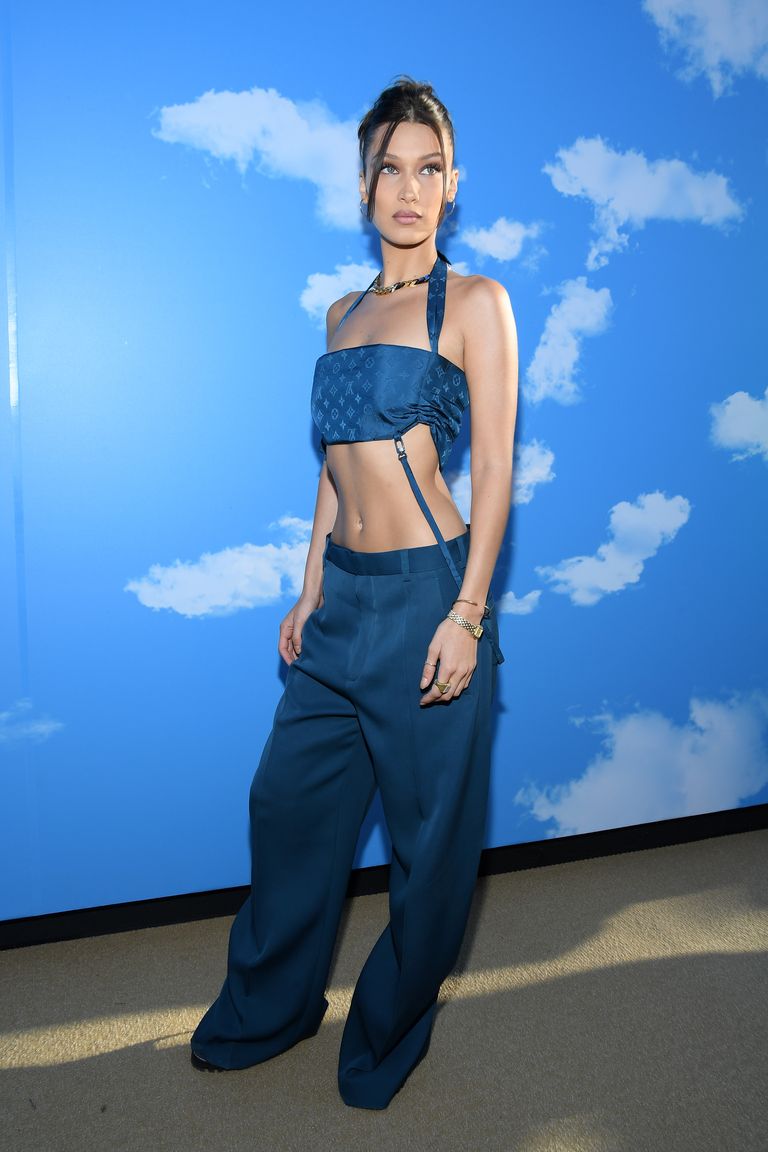 Like something off the set of The Simple Life, the look had all the hallmarks of Y2K fashion but with a high-fashion spin (thanks to Louis Vuitton’s classic monogram and expert tailoring). But it also marked an interesting collision of seasonal dressing, with Hadid combining her very cropped top with an oversized pillowy overcoat from Louis Vuitton’s Men’s collection.

Bare bellies and wintery woollies typically do not coexist, but when it’s LV – and it’s Paris Fashion Week – why not? Besides, Bella Hadid was never really one for fashion rules.