After a big weekend of birthday celebrations, Bella Hadid concluded her 23rd birthday bonanza with dinner at Saks L’Avenue in New York City in an outfit straight from the ’00s.

Like something off the set of The Simple Life, the look had all the hallmarks of post-Y2K fashion; the teeny-tiny midriff top, the parachute pant and heel combo, the baguette-style bag, the choker – it was a lesson in noughties-dressing if we ever did see one. Even her beauty notes, the space bun hairstyle and silvery white eye makeup, redolent of the era we were bringing sexy back and dropping to the likes of Christina, Britney and Destiny’s Child.

The ensemble was all black bar a splash of leopard and the glinting bling of some precarious décolletage strapping (three strands, to be exact) and her stiletto heels which featured a sparkling slab across the toes. 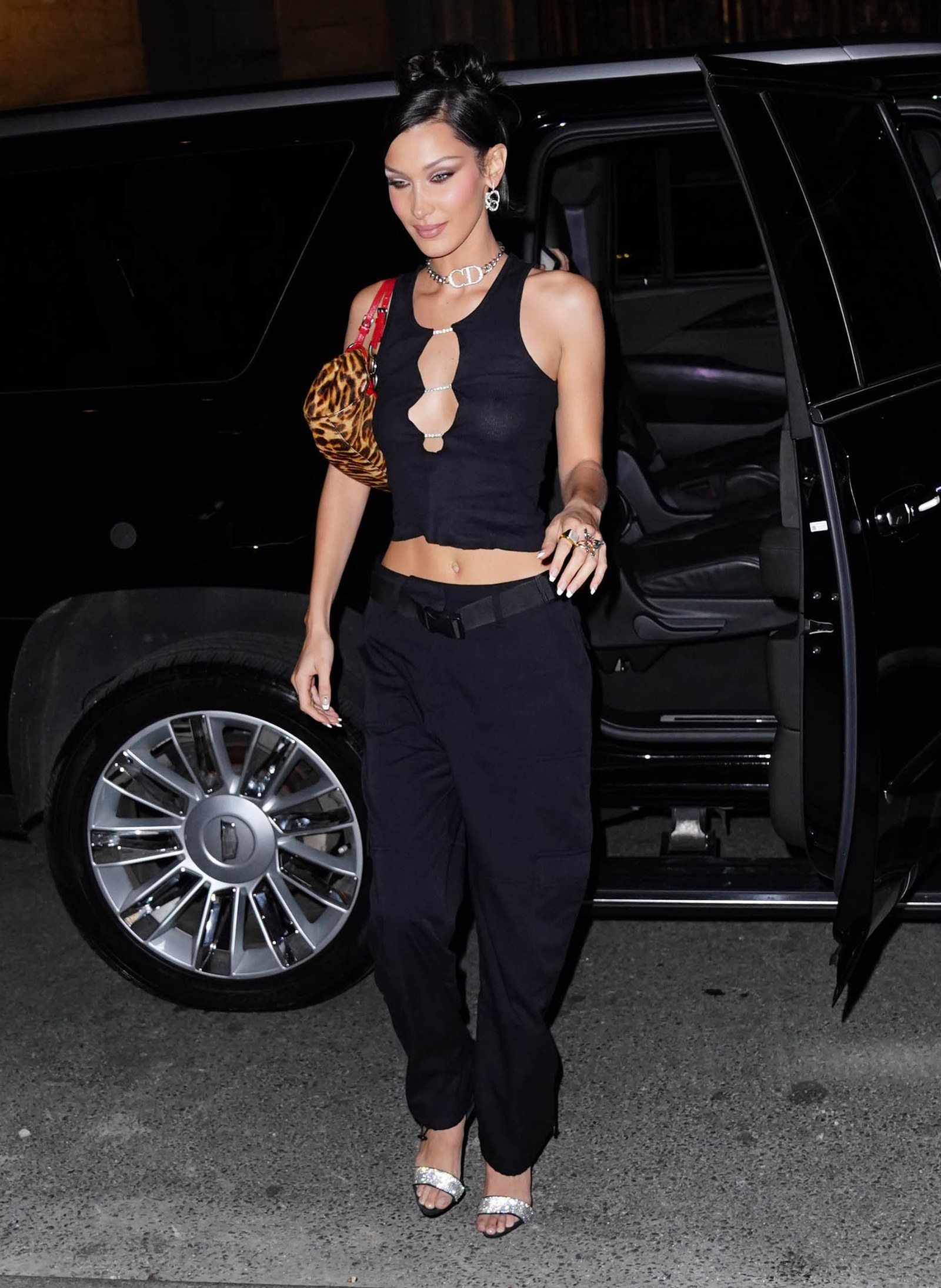 Then, of course, the choker. It’s no secret Bella Hadid and her model gal pals are fond of rare vintage finds (both the Hadid and Jenner / Kardashian families have been major proponents of vintage dressing of late), with her glistering “CD” choker straight from John Galliano’s Dior of the late 1990s – mid 2000s.

For anyone who lived through the era, the choker, with its brash diamanté branding and logo chain link, is as conducive to the time as, say, Von Dutch or Paris Hilton, rehashing all kinds of nostalgic memories for us noughtie folk. It was also the second archival Galliano-Dior piece Hadid wore for her birthday, the first a velvet halter-turtleneck dress with stained-glass window print from the the late ’90s.

For the ’90s born Bella, it was a fashion throwback like no other, and one we think the ’00s icons would be proud of.