And Just Like That… our favorite ladies of the Sex and the City reboot are coming back to screens for season 2!

On Tuesday, HBO Max announced the series return with executive producer Michael Patrick King stating, “I am delighted and excited to tell more stories about these vibrant, bold characters — played by these powerful, amazing actors. The fact is, we’re all thrilled. And Just like That… our Sex life is back.”

We had so many thoughts about the finale, the guest stars, and, of course, the outfits, that we couldn’t help but wonder what’s in store for viewers in the upcoming season. Will Carrie find love? Will Lisette have a bigger role? How many more hats can Carrie possibly wear? Below, we’re rounding up our most pressing thoughts on what we hope to see in season 2.

More Blast from the Past Fashions

There’s nothing better than seeing treasures from Carrie’s carefully-preserved fashion archive get a second life in AJLT. (Sarah Jessica Parker kept everything meticulously stored after the Sex and the City ended.) I hope co-costume designers Molly Rogers and Danny Santiago reach back into the vault for season 2 to pull out some more favorites — perhaps the Dolce & Gabbana dress that Carrie modeled when she became “fashion roadkill?” Or the bodycon dress worn when she fell into the Central Park boating pond? I loved seeing the Versace mille feuille gown make another appearance (above) when Carrie organized her closet and hope more memorable fashion moments are to come. (I don’t mean to be a “hat hater,” as Rogers called Michael Patrick King, but a few less chapeaus and a little more throwbacks is on my bingo card.)

Jaclyn Roth, Head of Entertainment: I would love to see Carrie find love again! When she was spotted with her podcast producer Franklyn (played by Ivan Hernandez) in the elevator, it gave me butterflies — that is the Carrie we all know and love. As much as Big was a huge part of her life, I want to see her excited about someone again, and it seems like she is finally ready to move on once and for all. That’s not to say that I wouldn’t want Big to show up in a dream or flashback, though!

Ty Gaskins, Style Editor: Call me an optimist or downright in denial, but I’m still holding on to the chance that everyone’s favorite PR boss woman, Samantha Jones, will make her return to the fab four. (Yes, even despite Kim Cattrall saying she was done playing Samantha.) Season 1 ended with lots of speculation, and left the door open to Samantha and Carrie catching up in Europe with their “let’s grab a drink” text. (But then again, how many of us act on those “grab a drink” invites?) Considering Cattrall is working on the Queer As Folk revival, as well as Hulu’s upcoming How I Met Your Father (a How I Met Your Mother spinoff), the chances are unlikely. Still, you can’t blame a boy for dreaming.

Hannah Militano, Style Writer: In season 2, I’m going to need some justice for poor Steve. I’d love to see him end up with someone who appreciates him, wants to binge TV with him, and maybe give him a little bit help finding his hearing aids.

Karli Poliziani, Director of E-Commerce: We all know the basis of the beloved Sex and the City characters coming back together for a reboot was to reimagine the original plot (30-something-year-old women navigating Manhattan’s dating scene) now embracing life in their 50s, and the trials and tribulations that come with it. However, while watching And Just Like That I still found myself missing the spice of N.Y.C. nightlife we used to get from the original show. Now don’t get me wrong, I understand the intention of the plot switch, but that doesn’t mean the viewers aren’t missing out on what they used to love!

Lucky for us, the producers made sure to cast a light on our favorite women all grown up and their younger counterparts with the introduction of Carrie’s new downstairs neighbor, Lisette (played by Katerina Tannenbaum). Carrie is enthralled by Lisette’s cheeky and wild lifestyle, impressive luxury clothes (let’s not forget when she stepped out in a fully sheer floral kaftan with neon undergarments and quilted Off White boots) and cool, Californian vibe. I’m selfishly hoping we get to catch a bigger glimpse into the mysterious jewelry designer’s single city life in season 2, and get to mix back in a little bit of the O.G. SATC drama we know and love.

topics: featured, And Just Like That, and just like that season 2, Sex and the city, tv shows 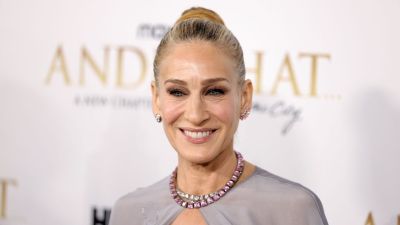