We’re recapping the final episodes of The Flight Attendant season 2 — beware of spoilers ahead for episodes 6, 7 and 8!

Waking up from her drunken stupor in her trashed L.A. apartment, Cassie Bowden (Kaley Cuoco) reveals to her best friend Annie (Zosia Mamet) that she has not actually been sober for a year. She’s fallen off the wagon many times and has lied about it, collecting AA chips along the way. She goes on a trip home with her brother Davey (T. R. Knight) and tells him about her relapse.

They’re in town to read a letter at her father’s grave, where Cassie explains how their relationship formed her into the woman she is today. “You introduced me to alcohol and then you died,” she cried. Saying she turned out just like him, Cassie proclaims her love for her father and forgives him, but vows to not be him any longer.

The pair return to their childhood home, and Cassie was expecting her mother (Sharon Stone) to be there. Hardly pleased to see each other, the two women blame Davey for bombarding them and lying. After a tense reunion, Cassie apologizes to her mother. “I love you, but I don’t like you at all,” her mom tells Cassie while slapping her in the face.

Meanwhile, Megan (Rosie Perez) reunites with her son Eli behind the restaurant where he works. He tells her his dad was forced to sell their home to pay legal bills and lost his job due to Megan’s crimes.

Annie’s boyfriend, Max, attempts to track down the Diaz couple, where he discovers that the bounty hunters have been sending updates on Cassie’s whereabouts to a Korean network, with flight information, and the addresses of both Davey and her mother. As Max and Annie dive into their research, Cassie’s lookalike sneaks into her home to plant a bloody knife.

The Koreans track down Cassie and Davey at their mother’s home, where the siblings manage to blow up a car as a diversion and escape. Throughout the traumatic experience, Davey admits he’s been avoiding going back home, as his OCD has gotten worse and needs some time apart from his family to work on himself.

As Cassie’s CIA handler Benjamin tries to track her down, he calls up Cassie’s confidante and fellow CIA agent Shane. Even though Benjamin’s boss Dot Karlson has continued to tell him to leave Cassie alone, Benjamin asks Shane if Cassie has ever had any involvement with radicalized groups.

Just when we start to think Cassie’s doppelgänger was laying low, the hit-woman shoots one of the CIA agents that has been following Cassie all along.

Cassie calls Shane with a new clue from the view master that leads them to a boating dock. Discussing the recent deaths, Shane tells Cassie that everyone who has died was in some form of contact with Will, Cassie’s original mark who will murdered in Berlin. Arriving on the scene, the pair discover three CIA agents murdered in a boat, with one of Cassie’s red gloves planted at the crime. Cassie calls for Dot’s help, increasing in her suspicion of Benjamin, Cassie remembers that he “fought to be her handler.” While at the scene of the crime, Cassie runs into AA attendee Jenny, who is there to cover the event for her crime podcast.

After returning to Cassie’s house, Shane, Annie, and Max put their heads together to decide what to do next. Finding the previously planted bloody knife, the group concludes that the only way to successfully frame Cassie is if she’s dead.

The squad go to the pier, where they expect Cassie’s double to attempt to kill her. While Annie and Max are advised not to go, they tag along anyway, winding up tracking down the Diaz couple, incapacitating them and stealing back Annie’s ring.

Cassie separates from Shane, and spots her murderous doppelgänger. Chasing her down, Cassie runs into Benjamin and receives some odd text messages from Davey. Ending up on the ferris wheel as a means of escape from Benjamin, Cassie sees both Shane and Benjamin fall to the ground.

When her doppelgänger catches up with her, she strong arms Cassie into getting on the ferris wheel once again with her. Her double is finally revealed to be Grace, the fellow flight attendant.

Grace tells Cassie she needed help getting out of the army, but regrets that she’s doing the exact thing she didn’t want to be doing — killing people for someone else. Revealing that she just stabbed Benjamin, Grace continues to threaten Cassie with a gun. “This is bigger than all of us,” she tells Cassie right before she decides to shoot herself, before she reveals who she is working for.

While Shane and Benjamin are hospitalized for their stab wounds, Dot tells Cassie that Benjamin never had any contact with Grace and that she’s sorry she encouraged Cassie to doubt him. Showing Cassie an image of two different blonde doppelgängers, the conspiracy proves to be much larger than Cassie thought.

Cassie brings Megan to the hospital to exchange information for a deal with the US. government, Shane agrees to help form his hospital bed.

After Dot brings Cassie by her house to take a shower and wash off Grace’s blood, Cassie begins to link clues, finally realizing that Dot has been the antagonist all along. She was in Iraq with Grace and manipulated her into doing her bidding. Just went it seems like Dot has Cassie cornered, Benjamin sends in two agents to arrest Dot.

After a high anxiety, whirlwind of a day, Cassie receives a distressing call from her brother-in-law that Davey has yet to return home and hasn’t been answering his phone. When Cassie reaches out to her bother, Jenny answers the phone, telling Cassie he’s lost it a little bit and needs her to pick him up.

Walking into Jenny’s home, Cassie finds her brother drugged and unconscious. Jenny takes out a hammer and begins to threaten Cassie when she notices Jenny’s collages, filled with photos and Cassie and hearts surrounding her killer ex-boyfriend Feliks from season 1.

The psychotic hitman has convinced Jenny from jail that he’s not yet over Cassie and needs her out of the picture — something Jenny’s more than willing to do in order for Feliks to love her.

Running through the home, discovering that Jenny actually killed the old woman who’s house it really is, Cassie decides she has to come to peace with her inner demons in her mental house of mirrors if she hopes to survive. With all of Cassie’s inner selves united as one, she and a newly awakened Davey manage to knock her out and survive.

While Megan gets set up in witness protection, in a new home with her son and husband, Annie and Max finally decide to get married, while Cassie racks up 30 days of sobriety.

Deciding to call her mother and truly apologize, Cassie vows to make her new journey a tangible and lasting improvement. While season 2 has closed out with an all around happy ending, we’ll see how long the serenity lasts in season 3, if HBO decides to renew the series. 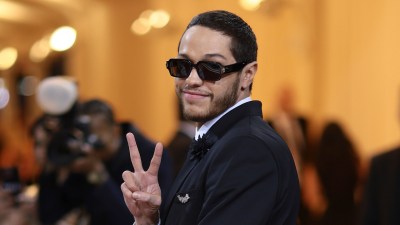 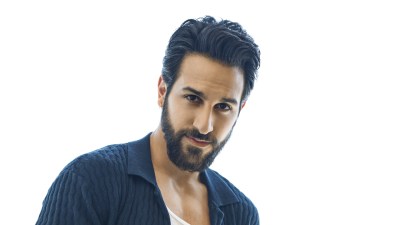 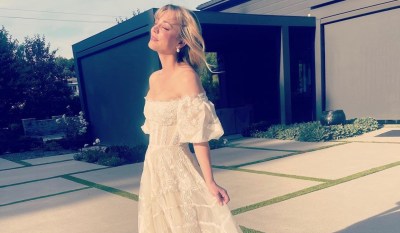 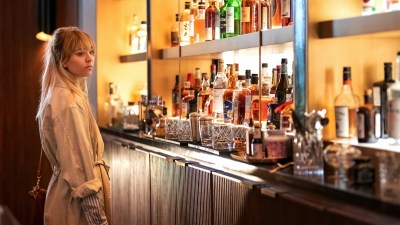 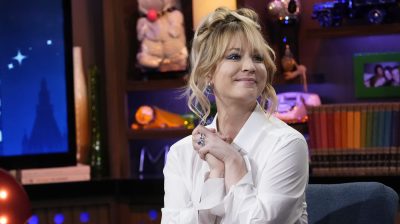 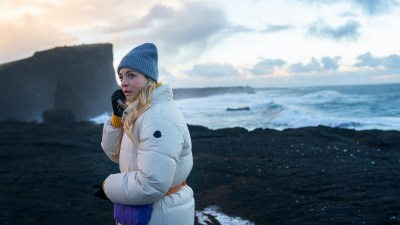