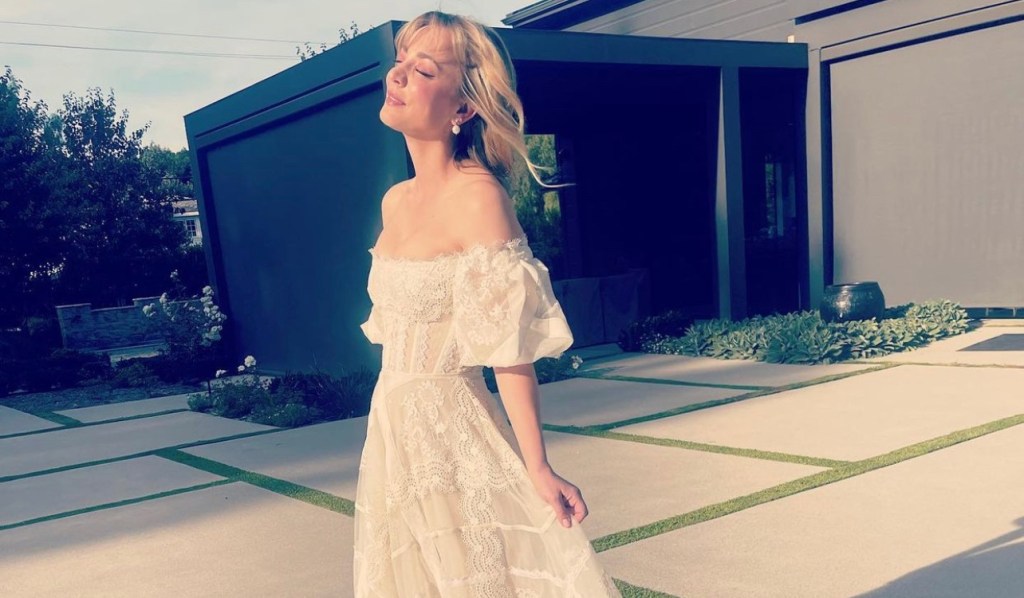 On Tuesday, Kaley Cuoco surprised fans by confirming her relationship with Ozark actor Tom Pelphrey in a series of Instagram photos showing her “life lately.” Now, the Flight Attendant actress has some followers intrigued, after she slipped into a bridal-ready white lace gown by Zuhair Murad.

Cuoco shared a carousel of photos modeling the gown to her 7.2 million Instagram followers. She captioned the post. “Happy girl, a special evening wearing a special dress.”

Naturally, people had some questions in the comments section, with many wondering if the post was a wedding announcement. “Married??” asked one follower. A few others congratulated the actress, and another called out a diamond ring spotted on her hand. “If you zoom in on the third pic, it does look like she has a ring on ‘the’ finger BUT even if, let the girl be happy!” the commenter wrote.

The “special event” Cuoco was referring to was The John Ritter Foundation For Aortic Health Heart LA 2022 Gala. The event is in honor of her late costar John Ritter, who died from an aortic dissection. They starred together on the ABC sitcom 8 Simple Rules.