Rihanna and ASAP Rocky made a very rare, very public appearance together on Wednesday – and to celebrate bought a round of shots for everyone at the bar. The two have been friends for years but although their relationship took a turn towards romance in early 2020 they chose to keep the details underwraps.

Now, however, the pair seem ready to share their lives with the world as they enjoyed a date night at New York City’s Barcade, where they were spotted kissing and spending time with other patrons.

“They came in and were really friendly to everyone,” actor and model Kyle Price told E! News.

“My friend and I were playing Ninja Turtles Time Warp and were really into it. A big crowd of people started to join in and play with us. It got so spirited that eventually Rih and A$AP came over and started cheering us on, too. A$AP Rocky bought us all a round of shots to keep us encouraged, and Rih was cheering us on, too! Eventually we won the game and celebrated.”

Pictures from inside the bar showed Rihanna with her arms around her beau as he rested his head on her shoulder; in other snaps they were seen kissing at the bar.

#For their date night, Rihann wore a bright pink slip dress with a thigh-high split and paired it with gold strappy sandals, a very 90s fuzzy bucket hat and a white clutch bag. ASAP, meanwhile, wore a fuschia knitted tank and leather pants, while his girlfriend stole the matching jacket to keep herself warm at the end of the night.

The night out also comes after ASAP, real name Rakim Mayers, told GQ magazine that Rihanna was “the one”. The two spent the pandemic together in lockdown, and recently enjoyed a cross-country road trip with each other. “I think when you know, you know,” he told the publication, “she’s the One.” 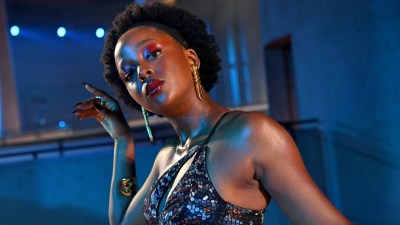 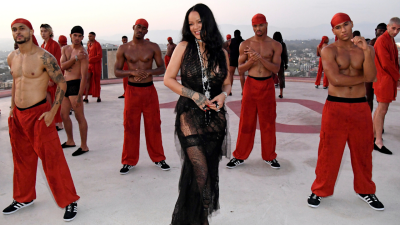 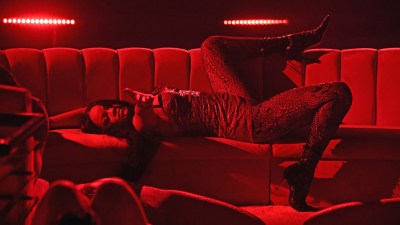 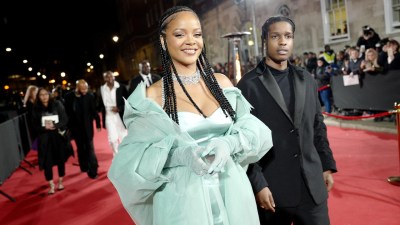