Rock star Kim Gordon of Sonic Youth and her daughter Coco Moore star in the new global Marc Jacobs handbag campaign. It highlights the new J Marc Shoulder Bag, the re-edition of the Classic Q collection and the launch of the M-Archives, which is a curated selection of the designer’s most cult-beloved vintage styles.

Photographed by Nick Sethi and styled by Malina Joseph Gilchrist, the “Superstar” musician and her 28-year-old daughter (whom she shares with former bandmate Thurston Moore) wear archival runway pieces in the photos, with their trusty handbags in tow.

In one shot, Gordon is photographed wearing a bedazzled headpiece and a lemon-yellow fluffy coat from the fashion label’s Fall/Winter 2022 ready-to-wear collection with a reprised edition of the Karlie Bag alongside her. Moore dons a bedazzled zebra-print jacket from Resort 2017, while her mother stands by her side in a Marc Jacobs zebra-print stretch-jersey dress with a sequined bust, both holding up a singular re-edition mini–Natasha Bag between them.

Crafted from smooth, grain leather, the Classic Q purses showcase the archival gold standard supply plate with revamped Marc Jacobs branding. As versatile as it gets, bags will be sold in varying sizes, colorways, and shapes, fully equipped with adjustable crossbody straps.

The ineffably cool Riot Grrl is no stranger to a Marc Jacobs ad — nor is her daughter. The duo first starred together in Jabos’ Fall 2015 campaign. Plus, Sonic Youth played during the brand’s runway shows, and Gordon first shot for the fashion designer way back in 1998, photographed by Juergen Teller.

Credited as having influenced Jacobs’ iconic Perry Ellis 1993 “grunge” collection, Gordon has proven herself an endless source of inspiration for the designer.

“I remember exactly how equally excited (and intimidated) I felt when I first met Kim in 1992,” Jacobs wrote in an Instagram post in 2015. “I was a huge fan, and she represented all that was intelligent, unconventionally creative and cool…awkward, powerful, the epitome of artistic credibility and a seductive intensity that I’d never known.”

He went on to tell a little story, writing, “In 1992, Sonic Youth were working on a video for their song Sugar Kane, from their album Dirty. My friend Nick Egan was directing it and introduced me to Kim and Thurston. The intimidation I felt disappeared after they’d invited me to their place to talk about the video. Filmed at the Perry Ellis showroom, centered on my grunge collection, while Sonic Youth played, Kim’s friend Chloë Sevigny starred along with a cast of friends, models and fashion editors. From that point on, my respect, admiration and friendship with Kim grew. In our first ever ad, photographed by Juergen Teller in 1998 Kim appeared wearing a dress of mine while performing on stage in London.”

Far from one-sided, the front woman has chosen Marc Jacobs designs again and again, on and off the stage. Gordon sported a pale blue frock to the Rock on Scene festival just outside of Paris in 2004. “This is one of my favorite dresses I ever wore on stage,” she told Style.com in 2009. “It’s a Marc Jacobs dress. You can’t tell from this picture, but it has all these sequins on it and it was almost like being a disco ball.” 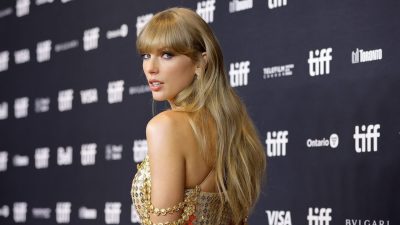