Did I just open the door to the noughties? 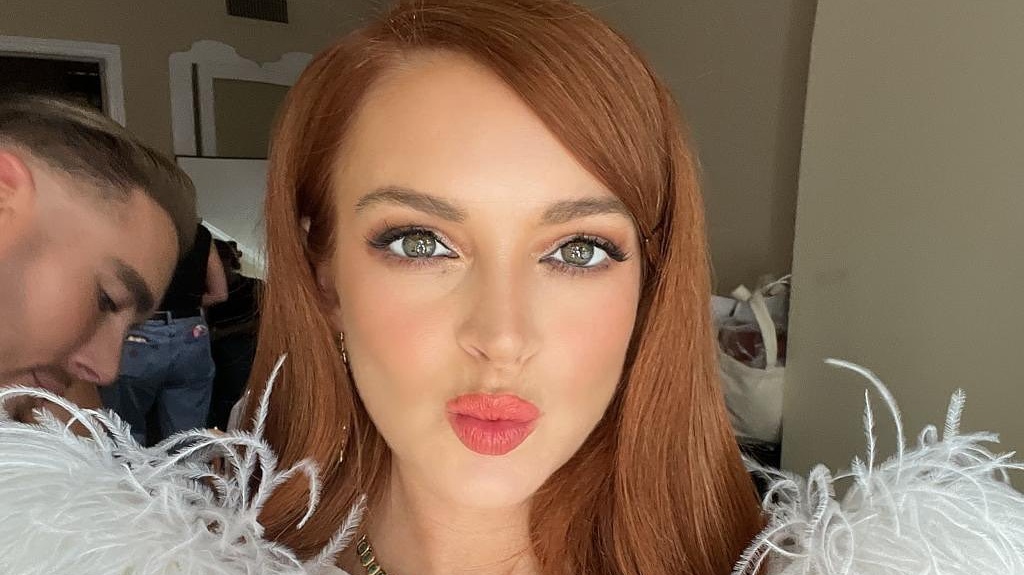 If you thought (and hoped) that the sweeping side part was just a blip, a micro moment in hair trends for 2022 (like trucker hats and short layers) you may be mistaken. Chanel and Fendi first ushered in a sleek iteration on the fall 2022 runway and now celebrity hairstylists have followed suit. At the weekend Lindsay Lohan was the next star to put her stamp of approval on the growing trend.

On Instagram the actress shared a behind-the-scenes selfie from a recent glow up but it’s not clear exactly what event or appearance she was preparing for. Lohan wore a silky white dress with billowing feathered sleeves and a green crystal necklace. She wore a slick deep side part which was pinned underneath a layer of long waves. She also wore long fake eyelashes and a peachy makeup look.

Her hair was courtesy of celebrity hairstylist Danielle Priano who works with A-list clients like Gigi Hadid, Hailey Bieber and Zoey Deutch. Makeup was by Kristofer Buckle, most famous for painting the faces of Mariah Carey and Jessica Chastain. The 36-year-old received plenty of praise in the comment section for her new ‘do from the likes of Jeremy Scott, Paris Hilton and Christine Quinn.

If any celebrity was qualified to bring back the noughties look, albeit a little more glamorous, it’s Lohan. The bonafide red head was known for her choppy bangs and side part, best seen for her red carpet appearance for the 2004 premiere for Confessions of a Teenage Drama Queen. The actress – who has had a troublesome history with drug abuse – has seen a revival in Hollywood in recent years. She follows Megan Fox who has not only stepped back into the spotlight too, but tried the tricky hair trend last month.

Fox appeared on Instagram and TikTok sporting voluminous waves and a sweeping makeshift side part by celebrity hair stylist Dimitris Giannetos. Sydney Sweeney also oped for the look recently. As noted by contributing beauty editor Kate Lancaster, the return of the side part has been touted by younger Gen Z-ers has “uncool” on TikTok. But as they say, two is a coincidence and three’s a trend and the look is getting more and more popular.