Fendi’s Fall Winter 2021 show was always going to prompt speculation. As the highly-anticipated ready-to-wear debut from designer Kim Jones, all eyes were likely trained on the tonal womenswear striding down the reflective runway. But those paying attention to the beauty looks might’ve picked up on legendary hairstylist Guido Palau making somewhat of a statement of his own.

For the most part, the hairstyles worn by models showcased deep side parts, with hair brushed from the left temple across the forehead to the right, where it was loosely secured with an ornate Fendi clip. Some were left looser and wispier, lending a laidback, ladylike air to Jones’ polished collection, while several sported a bit more tension – which will feel all-too-familiar to those who lived through the mid-to-late noughties and can recall wresting their hair from one side of their scalp to the other.

It’s a subtle nod to the eye-skimming heyday of the infamous full-bodied side fringe, which saw everyone from Alexa Chung to Nicole Richie shake the hair out of their faces every few minutes. Granted, Palau’s version was a far more elegant iteration, but the style’s appearance on the global fashion stage seemed to declare that no, the side part isn’t dead.

Debate about the classic styling preference has peaked in recent weeks, as Gen Z teens on TikTok use side parts to slander their ever-so-slightly elder peers. The ahem partisan issue seems to be that side-parted hairstyles (the designated catch-all for side bangs and fringes) are an extremely uncool style, most often characterised by Millennials.

But Palau doesn’t appear to agree, as his work on the Fendi show – coupled with hyper-real skin and groomed brows by makeup extraordinaire Peter Philips – illustrates a way in which side parts can look effortless, which is nothing if not emblematic of the Gen Z ethos. Looking entirely uncontrived seemed to be the brief, which Palau also demonstrated throughout the rest of the hairstyles we saw on Fendi’s virtual runway.

Those with fully-fledged bangs were given uncomplicated styles that looked almost air-dried, while textured tresses received neat cornrow braids that met at the nape of the neck in a low bun. Neither would look out of place in TikTok’s more fashionable corners, which begs the question – is it the parting that renders a hairstyle out of date, or simple the way in which either one is worn?

To Palau’s point, we tend towards the latter. 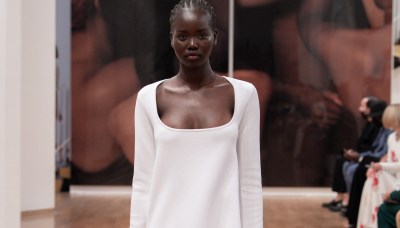 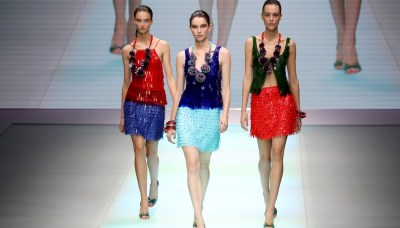 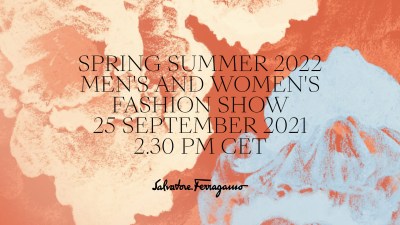