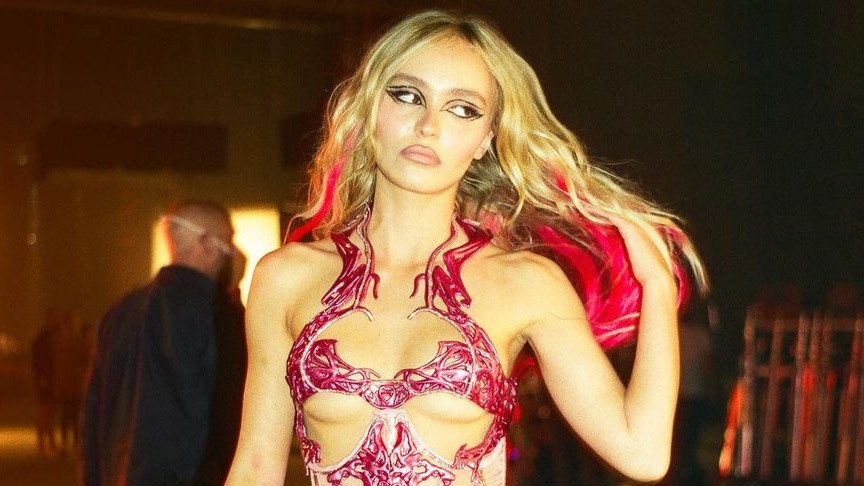 We may not have a premiere date yet for The Idol but in a Monday morning treat, HBO Max has shared another look at the forthcoming drama series. In a 90-second trailer we’ve received more risqué footage from the likes of Lily-Rose Depp, The Weeknd (whose real name is Abel Tesfaye) and a star-studded cast. The most recent teaser was debuted on Saturday night at The Weeknd’s concert at Allegiant Stadium in Las Vegas.

For the uninitiated, The Idol is co-created by Tesfaye and Euphoria writer Sam Levinson. According to an earlier report from Variety, it follows a “self-help guru and leader of a modern-day cult, who develops a complicated relationship with an up-and-coming pop idol.” Judging from the second teaser, it’s sleazy, confronting, unexpected and a little comedic. Everything we expect from Levinson.

The series has been a long time in the making and was completely “overhauled” earlier this year to “fit a new creative direction.” It resulted in director Amy Seimetz leaving the show.

“‘The Idol’s’ creative team continues to build, refine, and evolve their vision for the show and they have aligned on a new creative direction,” HBO said in a statement to Variety in April. “The production will be adjusting its cast and crew accordingly to best serve this new approach to the series. We look forward to sharing more information soon.”

Stay tuned for further updates. Watch the second teaser below.