The actress' new role is a full circle moment for her.

When Ito Aghayere read for the role of Gwen, she had no idea that her life would change in a blink of an eye. A few weeks later, the actress found out that she would be playing a young Guinan on Star Trek: Picard, which is currently streaming on Paramount Plus.

In the season 2 premiere of Picard, Whoopi Goldberg, who played the original Guinan, and Jean-Luc Picard, played by Patrick Stewart, reunite in Guinan’s bar “10 Forward” on earth. But following their chat, Picard finds himself in an alternate timeline in which the Federation doesn’t exist and instead is replaced by a dystopian autocratic government.

It’s now 2024, and Picard walks into Guinan’s bar, where he comes in contact with a young Guinan.

“Once I found out, I was like, ‘That makes sense,’ and then I freaked out. I was running around the house, saying, ‘Oh my God, oh my God, but I didn’t know until maybe two rounds of auditions,” the 29-year-old exclusively tells GRAZIA USA of the big reveal.

Landing the role of young Guinan was a dream come true for Aghayere, as she watched the sci-fi series growing up.

“It’s kind of wild because you don’t often as an actor get a chance to be a part of a show that you watched as a kid. It’s not often that that happens,” she notes. “One of the things I really love about the franchise is that Star Trek doesn’t shy away from delving into today’s issues, and they do it in a nuanced way.”

In fact, some of the plot lines have a bigger meaning that can “make you think” about the world in a different way. “There are certain aspects of the world this season that are reminiscent of the world we’re in, so it’s really exciting and just mind-blowing to be able to step into this role,” the Carol’s Second Act star admits.

The cherry on top of it all is that the brunette beauty gets to be a familiar face to young girls who turn on the television and see her playing an important part. It all comes full circle, as Aghayere admired Goldberg when she tuned into the series.

“As a Black woman, there were very few sci-fi shows growing up where I could see someone that looked like me,” she says. “It’s pivotal to be able to do that and play the same role that I loved. I think it’s such a gift to be able to do that on this show that continues to do that in regards to representation. It was hard not to fan girl every time I got on set, which was so familiar to me.”

“It’s the reason I got into telling stories,” she says of representing more people on-screen. “For me, what is so impactful about being able to continue to work as an actor and as a Black woman is that I know that there are other girls who are growing up where it is normal to see Black people of all skin types and colors on TV. I think that is the full circle moment I continue to have as an actor of color, and it’s becoming so ubiquitous. And I want more of that — for it not to be a big deal that there is a Black woman on TV because Whoopi kind of paved the way and so that is what I can do.”

Unfortunately, the Logan Lucky alum wasn’t able to meet Goldberg in real life because of COVID-19, but she was able to collaborate with her via different producers “to figure out what the characters would look like.”

“It was really awesome to go back through the character she built, the character that she built from the ground up and looking at her mannerisms and the stories that she told on the show and how she stole every scene throughout TNG [The Next Generation]. She’s an inspiration,” she shares.

Despite having a stacked resume — she has been on Broadway and was a former White House intern — the Hollywood star is looking forward to fans seeing the story come to life.

“As an actor, I am a little bit perhaps nervous about finding out [what people think], but as a fan, I hope that I do justice,” she declares. “It’s a gift, partly because this opportunity doesn’t often exist. It is a completely new show, but because of that, you’re building from the ground up, which is a different kind of exciting journey. But being able to go back to something you experienced as a kid and look through all of the episodes with different eyes to see and create the backstory of a character that you love is something I don’t take for granted.” 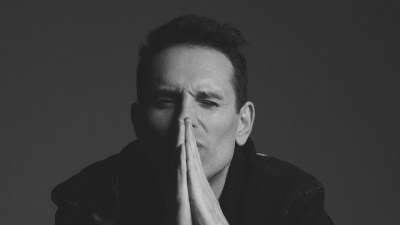 Magic Hour: Christian Angermayer Is On A Mission To Combat The Mental Health Crisis 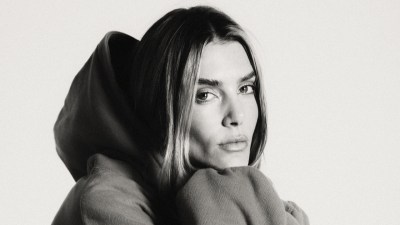 Valentina Ferrer Is On The Way To Building Her Own Empire 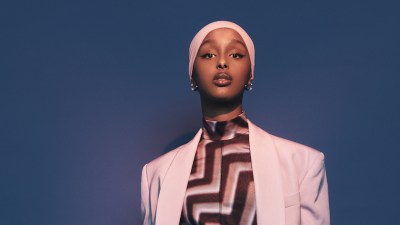 Kosar Ali Found Herself Through Acting: ‘It’s A Nice Feeling To Belong Somewhere’ 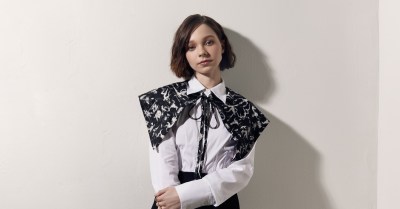 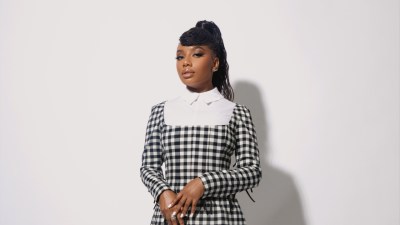