Juxtaposing a dreamy tulle and lace confection by Vera Wang, Hunter Schafer gave her ensemble an extra dose of edge with a Prada bomber jacket and combat boots

Breakout star of Euphoria, former full-time model Hunter Schafer knows her way around a killer outfit. Bridging contrasting aesthetics, Schafer’s floaty and voluminous lace dress from Vera Wang simultaneously contradicted and complimented her black leather Prada bomber jacket. Recently dubbed the face of Prada’s Spring 2022 campaign, the pairing makes all the sense in the world. Added with her chunky black Elvio Zanon combat boots, to be later changed into a pair of Rick Owens boots, completed the punk princess ambiance. Schafer’s rough-and-tumble leather elements, on top of her dreamy tulle and organza mini dress were tied together by the delicate black lace embroidery, resulting in a form of dark romanticism.

While sitting down with the late-night host Monday night, Jimmy Kimmel and Schafer discussed everything from her artwork, to visiting co-star Zendaya on the set of Spider-Man: No Way Home, and Euphoria’s triumphant return after its long hiatus.

With new romance rumors swirling around the rising star, Schafer was spotted holding hands just the day before with co-star and musician Dominic Fike who portrays Elliot in the hit HBO series. Just as many speculate that the two’s Euphoria characters are bound for a love triangle with Rue (Zendaya) in coming episodes, their IRL relationship is also under wraps. As we await the pair’s next appearance in episode three, we also are at the edge of our seats for more information regarding this potentially budding relationship. 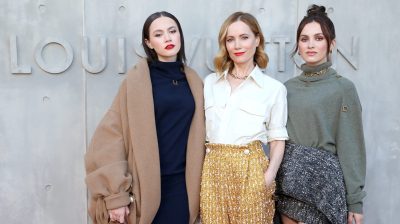 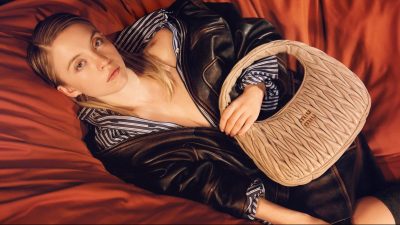 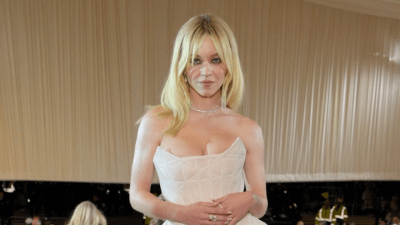 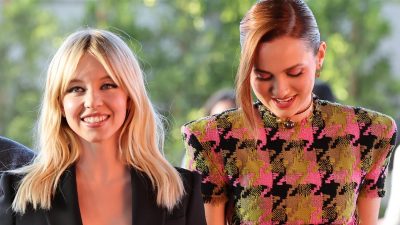 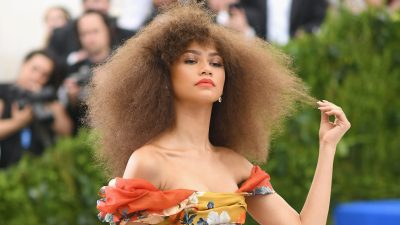 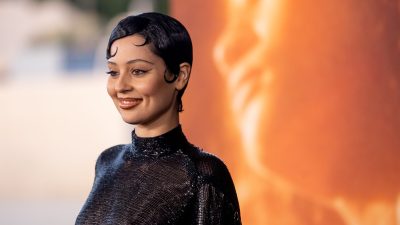