The world held its breath after Simone Biles took a tumble on the vault during the women’s gymnastics individual all-around competition last week. She later withdrew from the competition rightfully citing mental health struggles. It was unknown whether the athlete would compete again during the Tokyo 2020 Olympic Games. But in great news for everyone (including Biles), the 24-year-old is feeling well enough to take the mat again.

In a tweet on Monday, USA Gymnastics announced Biles and teammate Sunisa Lee would compete in the balance beam final.

“We are so excited to confirm that you will see two US athletes in the balance beam final tomorrow – Suni Lee AND Simone Biles!! Can’t wait to watch you both,” the tweet read.

We are so excited to confirm that you will see two U.S. athletes in the balance beam final tomorrow – Suni Lee AND Simone Biles!! Can’t wait to watch you both!

Speaking on her departure from the competition last week, she explained she didn’t quit but rather was suffering from the “twisties”. “For anyone saying I quit, I didn’t quit, my mind and body are simply not in sync as you can see here,” Biles wrote on Instagram. “I don’t think you realize how dangerous this is on a hard/competition surface.”

Biles was seen throughout the competition wearing her USA tracksuit and cheering on her fellow competitors. Russia took home the gold medal for the team competition with Biles seen hugging the Russian Olympic Committee squad after the historic win.

The Olympic spirit is alive and well. Below we revisit nine moments from Week Two of the Olympic Games that made our heart sing. Look back at the Week One highlights, here.

Tom Daley Is The Gift That Keeps On Giving

After winning gold in the men’s diving event, Britain’s darling Tom Daley is pulling out all the stops when it comes to the Tokyo Olympics. Before taking part in the synchronized diving event, he gifted teammate Matty Lee with an Olympic ring which matches his own. After the pair earned a gold medal in the Games, Daley was spotted in the stands enjoying the women’s diving event while knitting. (he has an Instagram account dedicated to the craft too). Iconic behavior only!

Italy’s Gianmarco Tamberi and Qatar’s Mutaz Essa Barshim were caught in a nail-biting tie during the men’s high jump finals in Tokyo this week. Just when we thought we’d have to sweat through a tiebreaker, an official pulled the pair aside. “Can we have two golds?” Barshim asked. As the world saw the official nod, the friends jumped into each other’s embrace celebrating a very emotional win for their countries.

When Mutaz Essa Barshim and Gianmarco Tamberi finished the men's high jump competition tied, they could have gone to a jump-off to decide the winner.

Instead, they decided to share the gold, and their reaction is what we love about sports. #TokyoOlympics pic.twitter.com/ALTyeysC8t

Fencers Wear Pink In A Stand Against Their Teammate

Sometimes, the system fails us. That’s where the men’s US fencing team comes in. Jake Hoyle, Curtis McDowald and Yeisser Ramirez donned pink face masks in solidarity with the alleged sexual assault victims who experienced abuse at the hands of their teammate Alen Hadzic. While Hadzic has been allowed to compete in his event, he has been excluded from the Olympic village and has been staying in a hotel nearby.

Sifan Hassan Takes A Nasty Tumble Only To Come First

Dutch wonder woman Sifan Hassan fell early in the women’s 1500m heat. Tripping over her competitor who fell in front of her, Hassan was on her back with little hope of catching up again. Or, so we thought. The track star got back up, set a cracking pace and overtook all her competitors, finishing with a time of 4 minutes and 5.17 seconds. She qualified for the semi-finals. What a hero.

Tony Hawk Was Everyone’s Dad At The Skateboarding Events

Legendary skateboarder Tony Hawk was in Tokyo to provide coverage on behalf of the NBC. He was seen mingling with the competitors and taking photos at the history-making event. Hawk was ecstatic to bear witness to this watershed moment in his sport. “As a kid that was mostly lambasted for my interest in skateboarding, I never imagined it would be part of the Olympic Games. It’s surreal to now be in Tokyo bearing witness to this milestone in the most unprecedented circumstances.”

Power couple Pernille Blume of Denmark and Florent Manaudou of France were both nervous for each other’s race in the finals of the 50m freestyle. After they won bronze and silver respectively in the 50m women’s and men’s freestyle they met on the sidelines and removed their masks for a relieved kiss before promptly covering up again.

From the commentary box, Richard Fox excitedly narrated his daughter’s mad dash to the finish line of the canoe slalom. He fell quiet as he saw her cross the finish line and win gold for Australia, shaking his head in silent joy as she embraced her mother and sister on the sidelines. Later at the award ceremony, he looked on proudly as she accepted her medal, mirroring the pride of a nation.

The smile when he realised his daughter was about to win gold.

At the BMX Olympic event, Bethany Shriver won a hard-earned gold medal, and was swept into the air by Kye White, her countryman who performed in the men’s event, “I was almost crying because he got a silver,” she said. After needing crowdfunding to get to the Olympics this year, Shriver gave it her all saying, “I had nothing left, the lactic acid was crazy. I gave it absolutely everything I had.”

Overnight, Rohan Browning went from relative obscurity to Australia’s latest track Olympic hope in sprinting for Paris 2024. Afterwards he spoke to Channel 7 Australia about one of the many perks of having a mullet. “There is always a lot of posturing, a lot of staring down in the cool room. I think that’s why for me having this semi-stupid haircut is almost like a bit of an advantage. People might look at you and not know what to think. Definitely helps to break that mould.” 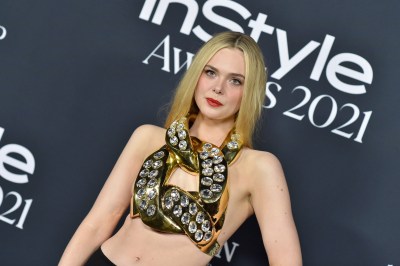 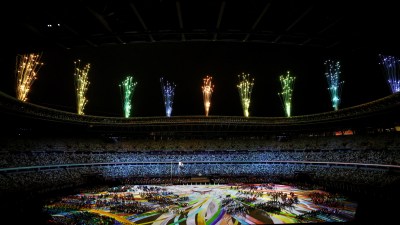 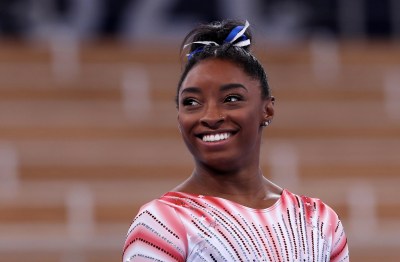 With A Bronze Win, Simone Biles Cements Herself As The Olympic GOAT 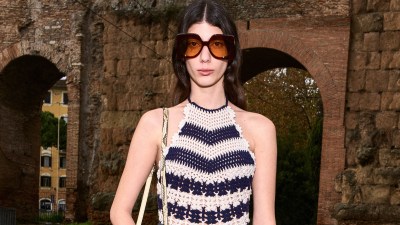 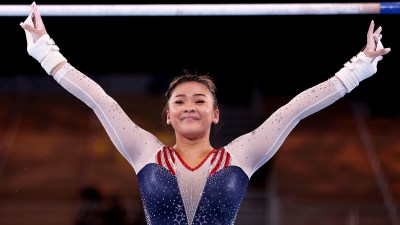 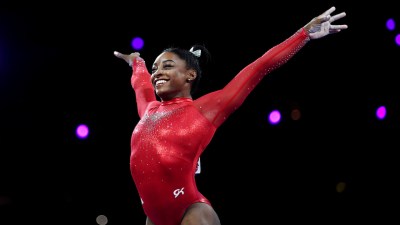