Heidi Klum’s Daughter Leni Goes From Blonde To Brunette — See The New ‘Do!

The young star can pull of both looks!

The model, 17, captioned a photo of herself eating some salad, writing, “lunch break.. notice something different ??”

Of course, Klum’s pals loved the new ‘do — and her mama even commented. “You are beautiful in any hair colour ….. 😻,” she gushed.

“Divine as a brunette 🤎,” another person wrote, while a third user added, “So obsesseddddd ❤️.”

Leni is following in the footsteps of her mother, but it wasn’t always easy to forge her own path.

“I had grown up going to work with my mom,” she explained. “Ever since 11 or 12 years old I’ve been begging her and then finally I turned 16 and she said that I could finally start modeling.”

Ever since the America’s Got Talent judge gave Leni the green light to pursue her passion, her career has skyrocketed. Case in point: she has appeared on various covers, including Vogue Germany, Glamour Germany — and she opened Berlin Fashion Week in 2021.

“I honestly wasn’t that nervous. I sort of just winged it,” the teenager recalled of walking in her first runway show. “I was scared it was going to fall off, so they ended up sewing it to my hair.”

Now that Leni has come so far, her mom couldn’t be prouder.

“I’m so happy for her. I’m so happy that we finally arrived and she’s old enough and she can do this,” the A-lister stated. “It is the wildest thing. Sometimes I see myself in her because we’re quite goofy and silly and she’s on the set, like, being me. It’s like a mini-me, but then she’s doing her own thing. It’s a lot of fun to watch.”

Leni also hopes to attend fashion or art school going forward instead of focusing solely on her modeling career. But there have been times when she has had to miss out on classes for jobs, which has “been worth passing up,” she admitted.

Whatever happens next, it’s clear that Leni is just getting started! 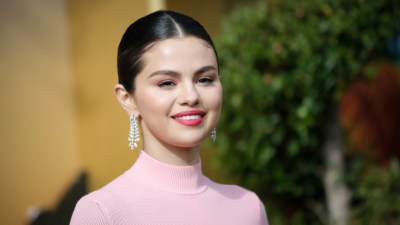 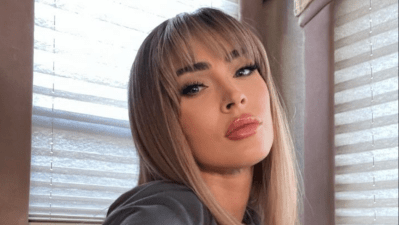 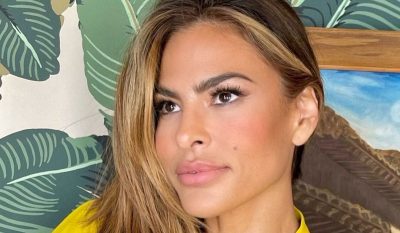 Eva Mendes Debuted a Major Hair Transformation, and We’re Really Feeling This Look for the Holidays 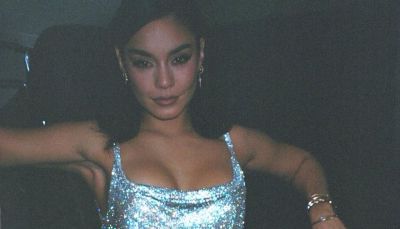 Wait a Minute, Did Vanessa Hudgens Just Bleached Her Hair and Her Eyebrows?
Next page