The season included scalloped patchwork leathers, an innovative poncho-meets-puffer, and a forward-thinking emphasis on sustainability... 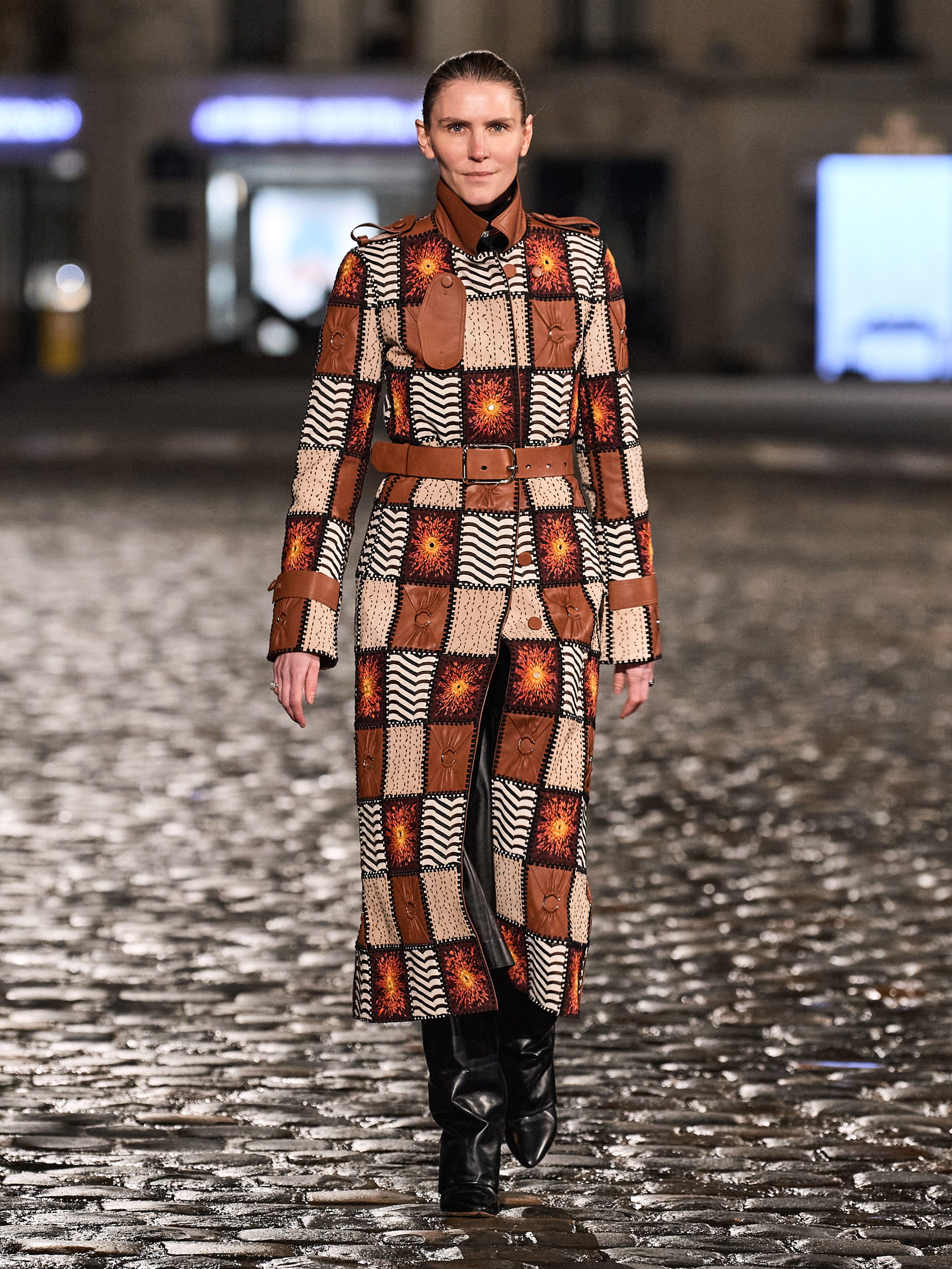 Gaby Aghion, the legendary Egyptian-French designer behind Chloé, was born 100 years ago to this day. How fitting then that on her centennial anniversary, her Parisian maison was ushered into a new era, thanks to the debut collection of Gabriela Hearst, who took over the label’s reins late last year.

After Aghion founded Chloé in 1952, she staged her prêt-à-porter collections at creative Left Bank locales such as Café de Flore and Brasserie Lipp. This season, models such as Paloma Elsesser (not to mention Hearst who closed the show), followed a similar path, milling about Lipp’s tiled dining room before walking the cobblestoned streets of Saint-Germain-des-Prés. Their ensembles, too, took a page from the book of Aghion, who once said, “There was no luxury ready-to-wear; well-made clothes with quality fabrics and fine detailing did not exist.” 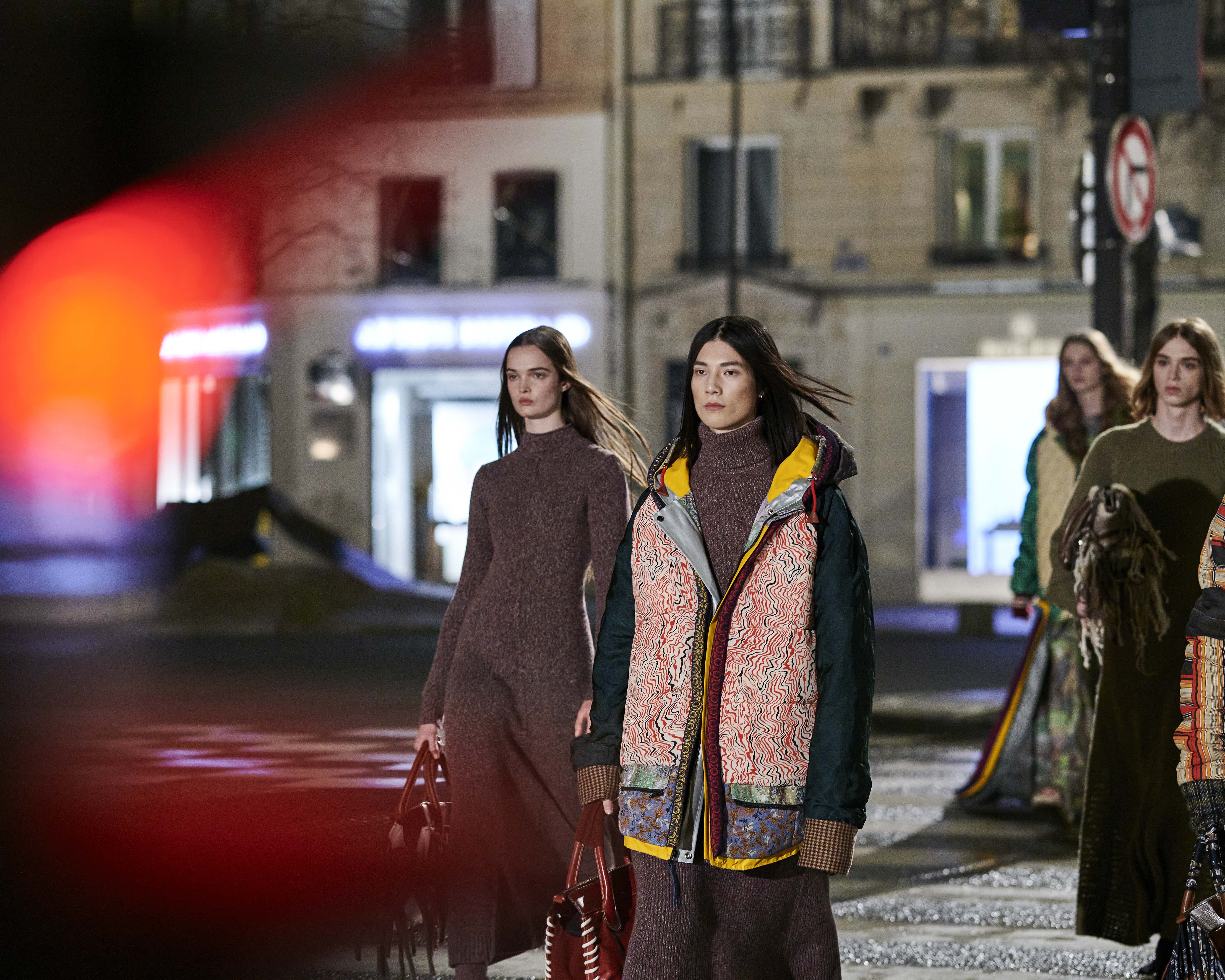 That quote served as a starting point for the new creative director, who translated Aghion’s signature scalloped detailing onto georgette blouses and patchwork leathers. Meanwhile, the season’s multi-colored stripes and innovative poncho-meets-puffer (named “puffcho”) were distinctly Hearst, who grew up in Uruguay and has been known to infuse her own eponymous collections with traces of her South American roots. Elsewhere, tailored jackets tied at the side, fringed frocks were crafted from wool gauze, and a head-spinning marbling effect, conceived in Hearst’s home base of New York, appeared on ankle-grazing dresses and fun-meets-functional backpacks made in collaboration with Sheltersuit, a non-profit organization that provides shelter to the homeless.

Speaking of patterns, a butterfly intarsia on sweaters and scarves got at Hearst’s well-known environmental focus. “If our insects go, we collapse as a species. This is why harmful herbicides and pesticides used in the making of our materials must be eliminated,” said Hearst, who has already expanded and fast-tracked the French fashion house’s sustainability goals. For starters, the show’s emissions were offset and directed toward a reforestation project in Myanmar, while polyester and viscose were replaced with recycled fabrics, like cashmere, denim, and jacquard. And, because “new isn’t always better,” she continued, the house’s classic Edith bag (Hearst’s first-ever luxury purse) was repurposed with leftover materials from the collection. Only 50 exist.