Is it really any surprise Carrie owns the Fendi baguette bag in two different colors?

We left off on …And Just Like That with an episode filled with outfit Easter eggs as Carrie Bradshaw (Sarah Jessica Parker) cleaned out her closet in “Bewitched, Bothered, and Bewildered.” In this week’s latest episode of the Sex and the City reboot, fans will spot another fun fashion flashback with a second appearance by Carrie’s beloved bag, the Fendi baguette.

In episode 9, Carrie has a night out with Seema (Sarita Choudhury), but after an unsuccessful attempt to get into a club, the two resort to eating cake and sipping champagne together, where Carrie’s custom pink sequin Fendi baguette is on full display hanging on the back of her chair.

The limited-edition high-shine piece was created by Fendi and Parker specifically for the HBO Max series. It was inspired by the iconic purple version from the Fendi FW 1999/2000 collection that Carrie wore in the original Sex and the City series. Fans will remember the moment well — when Carrie was mugged in SoHo she famously shouted to the thief, “It’s a Baguette” as he ran away with her belongings.

The 2022 update features 3D pink sequins, fuchsia paillettes, Bordeaux leather straps and the “FF” buckle, and will be available for fans to shop on Fendi.com in mid-February.

This isn’t the first time the Fendi bag popped up on AJLT. In episode 3, the purple version made a triumphant return when Carrie toted the bag during a night out with Charlotte and Miranda. Just like the pink version, the purple bag was available to shop, but quickly sold out. 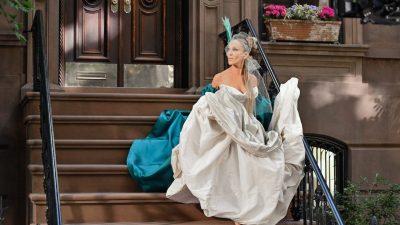 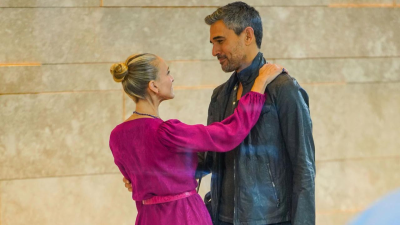 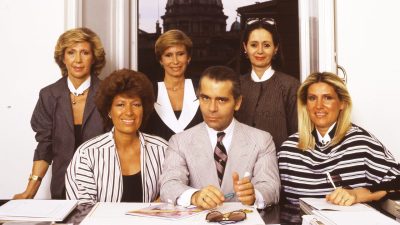 Franca Fendi Has Died in Rome at Age 87 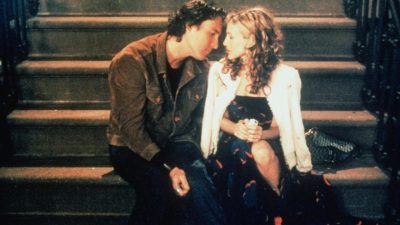 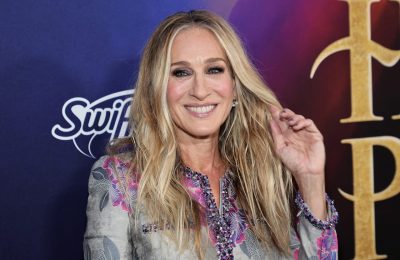