Congratulations to the happy couple!

Stop what you’re doing. Britney Spears and her fiancé, Sam Asghari officially tied the knot on Thursday at their Los Angeles home, according to multiple outlets. The iconic pop star, 40, has been engaged to the fitness trainer, 28, since September 2021. The two have been linked since they met on the set of her music video “Slumber Party” in 2016.

People reported the two said “I do” in front of about 60 guests which included Madonna, Selena Gomez, Paris Hilton, Kathy Hilton and Drew Barrymore. Her sons, Sean Preston, 16, and Jayden James, 15 (whom she shares with ex Kevin Federline) did not attend.

After her engagement, Spears announced in November that Donatella Versace was working on the design of her wedding gown. “Donatella Versace is making my dress as we speak 🤫,” Spears wrote in an Instagram caption posing in a pink gown.

Vogue shared a first-look at Spears’ wedding day look, where she indeed wore an off-the-shoulder custom Versace dress with slit at the side, satin-trimmed veil and white choker necklace. Asghari also wore Versace in a black tux.

Spears and Versace go way back. In May of 2021, the designer shared a throwback pic with the singer writing, “I love that @britneyspears posted her favourite 2000s looks!! This flashback is from when she came to my show in 2002, looking glamorous in Versace✨ I’ll never forget when you came and stayed with me Britney, you were and will always be magical!!!!”

Asghari recently spoke to GQ about his life with the singer as well as the heartbreak the pair just experienced when Spears announced her miscarriage in May.

He also spoke about the ring he chose for Spears when he popped the question and why he wanted to design a “really beautiful ring,” he said. “I figured with her taste, she wouldn’t want something super big and super celebrity. Celebrities get that million-dollar ring. And usually, it’s free because it’s for promotion, but I want it to represent something. I want it to come from my heart and I want it to go to someone that wasn’t a big jeweler. It was a big company, but it was a company that was willing to do it the way that I wanted it,” he said of the jeweler, Forever Diamonds NY.

Adding, “It’s a princess cut, for a real life princess.”

Spears was previously married to Federline from 2004-2007 and Jason Allen Alexander earlier in 2004. 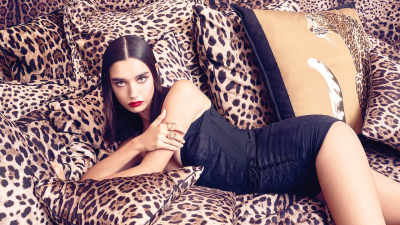