An Ode To The Enduring Symbolism Of Lipstick

The humble tube has a storied history

You mightn’t realise it, but lipstick has played a pivotal role throughout history. It might be hard to reconcile something so objectively frivolous as a small tube of rouge with social change, but look a little closer and you’ll find its traces imprinted across many cultural moments. It’s been an indicator of both economic troughs and prosperity, and at times a modern-day ‘scarlet letter,’ worn to indicate a rejection of societal oppression. It’s been the symbolic subject of fiery debate among feminist circles for decades.

But controversy is nothing new for a beauty preference that was once considered by the British government to be some kind of sorcery that saw female lip color wearers “guilty of seducing men into matrimony by cosmetic means” and tried for witchcraft. In the 1930s, silver screen starlets employed the intrepid reputation of dark lip shades to start a growing trend toward the product.

Lipstick giant Elizabeth Arden is said to have spurred on the suffrage leaders by dispersing tubes of crimson lacquer among those that marched past the brand headquarters. Red lipstick became a token tool of the Suffragettes for its ability to shock men. By WWII, red lipstick was used to signal defiance to notorious red lipstick hater and purveyor of serious Small Dick Energy, Adolf Hitler.

Just as we’ve seen the lacquer unite women, we’ve also seen it divide. Feminists have long questioned whether lipstick was just a tool of the patriarchy, forcing women to engage in shallow and senseless behavior that maintains the gender status quo. But as discourse advanced through the years, many have come to see the painting of one’s lips as a nod to our tumultuous past, while daring to cosmetically espouse our femininity in a society that tells us to consolidate it if we want to succeed.

Today women like Alexandria Ocasio-Cortez – the youngest woman ever elected to American congress – are championing the humble tube in their quest to carve out a more equal space for women amid the misogynistic upper echelons of civilization. It’s worn loudly, proudly and with the knowledge of the women who wore it in the face of ire before us. There are shades to suit all skin tones, whether you’re feeling Suffragette red or matte neutral Mod girl.

Now where did I leave my lip exfoliant? 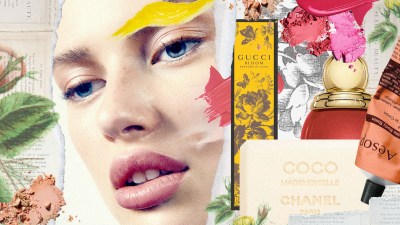 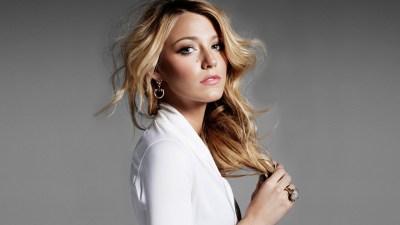 Keke Palmer Gets Real About Her Skin 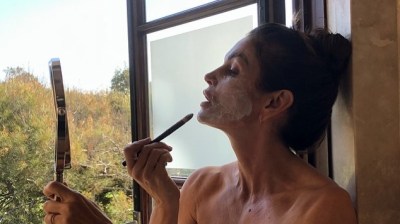 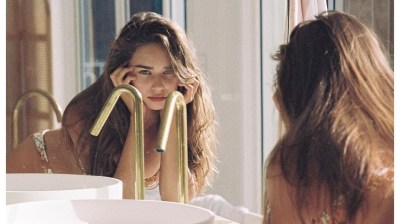 Take Note: Gabriella Brooks On Skincare, Quick-Fix Makeup And Her Shortcut To A Natural Glow
Next page