Country Gets A Major Glow Up At 2020 CMA Awards

Country music hasn’t always hit the highest notes when it comes to fashion. Things like denim-on-denim, fringe, rhinestone, snakeskin boots and 10-gallon hats have made us cringe over the years.

But we have to admit, the county community has gone through a major glow up lately, trading in cheesy costumes for all out couture. This ongoing style evolution was certainly evident during the 2020 Country Music Association Awards, which were held on Wednesday, November 11 at the Music City Center in Nashville.

There were also some major winners on the red (well, grey) carpet as the CMA stars brought their fashion A-Game by way of big name designers. 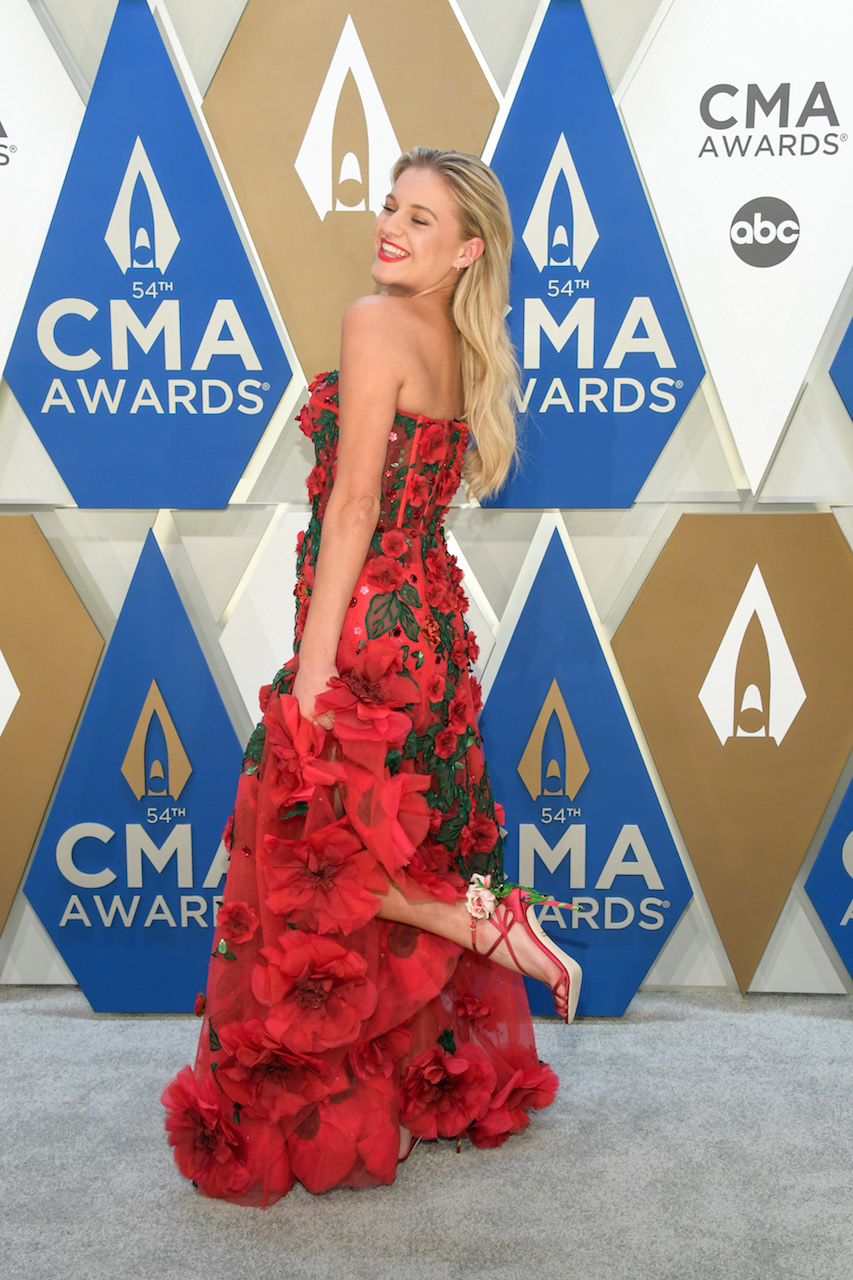 Everything was coming up roses with Kelsea Ballerini’s look. The “Peter Pan” singer donned a glamorous Dolce & Gabbana red bouquet ballgown adorned with roses and 3-D  dark green vines, which were also accented on her Dolce & Gabbana floral-appliquéd satin sandals. 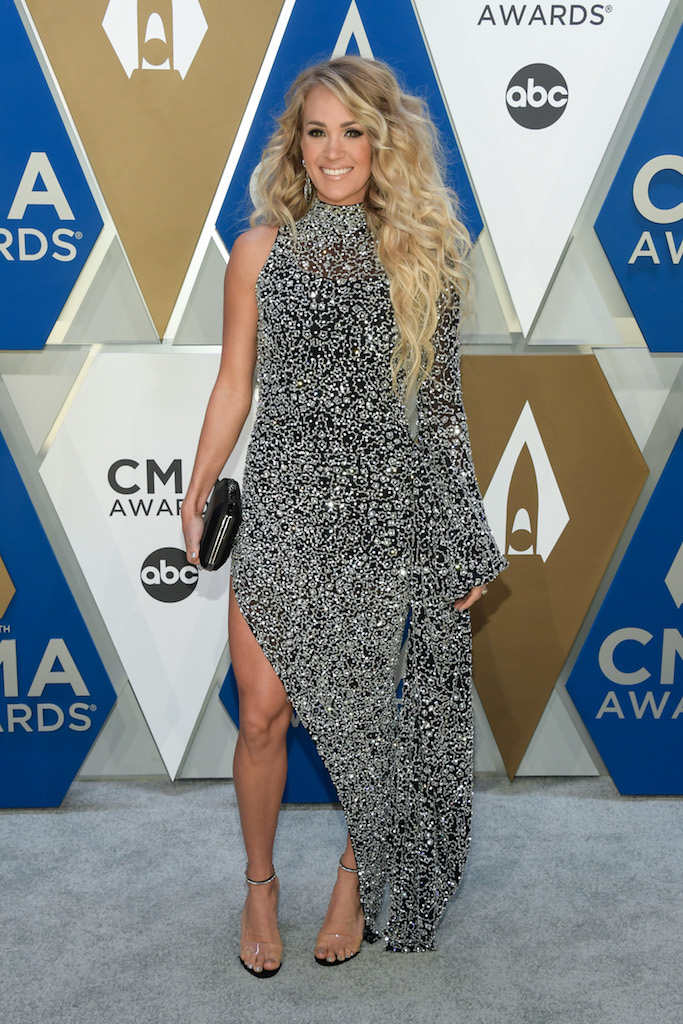 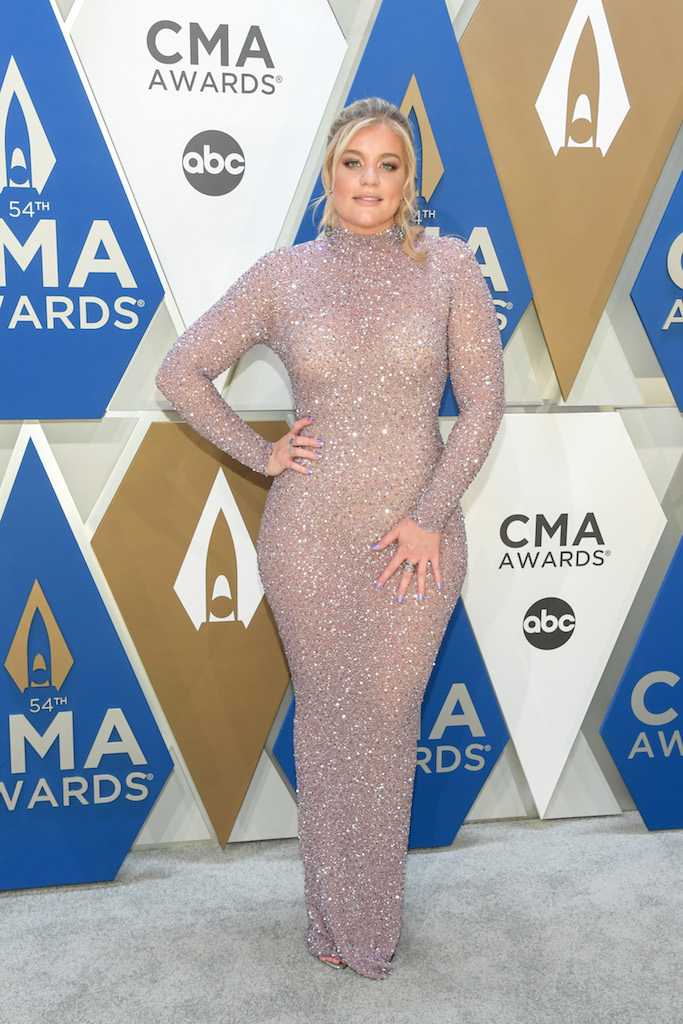 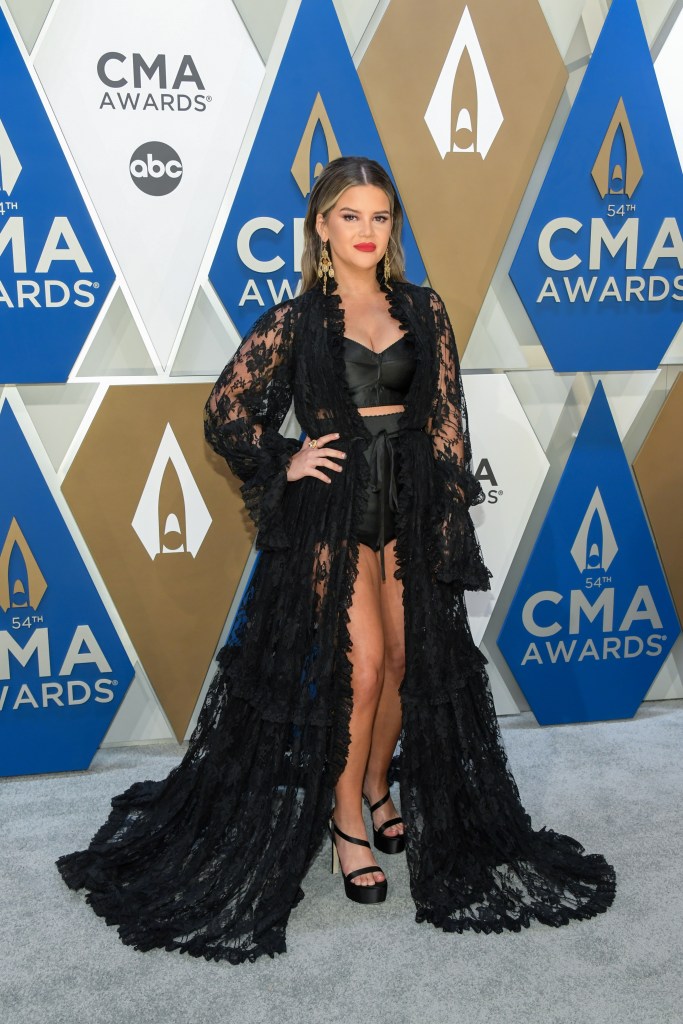 Risqué moments are rarely seen at a country music show but Maren Morris oozed sex appeal in a boudoir-inspired Dolce & Gabbana Fall 2020 ensemble. The “Bones” singer, who picked up Female Vocalist of the Year, Single of the Year and Song of the Year, was styled to perfection with Dolce & Gabbana charm drop earrings, a Dolce & Gabbana “Devotion” heart-shaped ring and sky-high Stuart Weitzman platform heels. 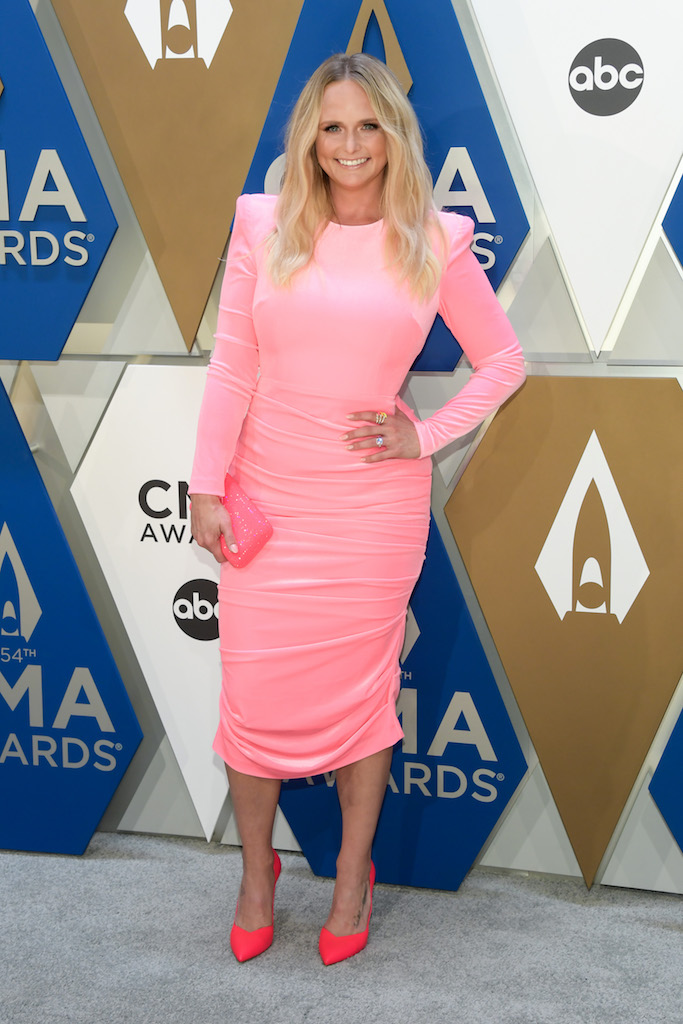 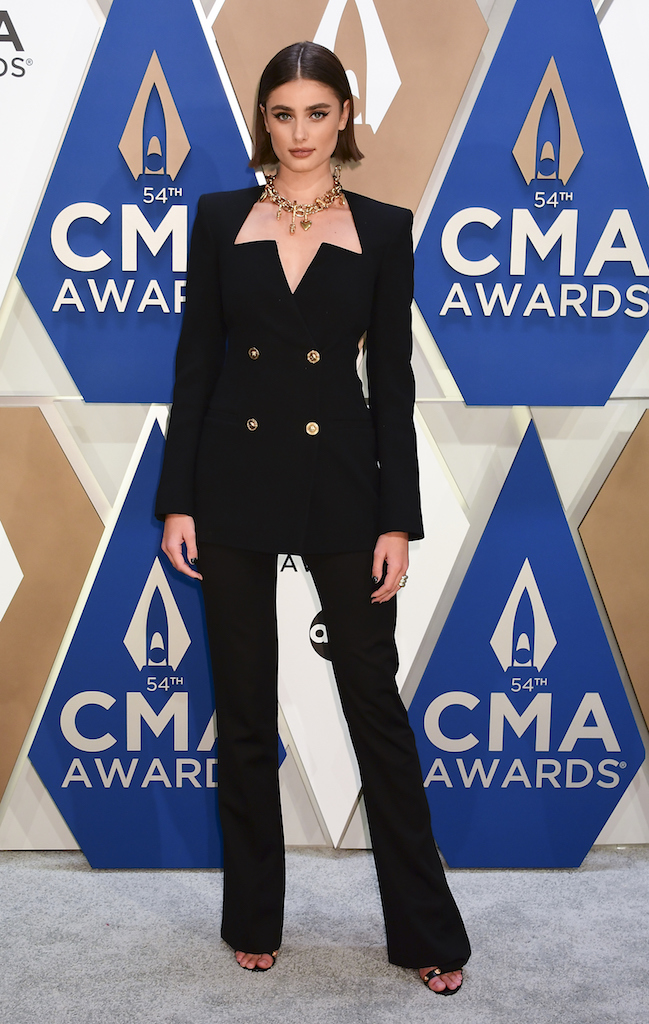 Taylor Hill brought some 90s supermodel runway realness to the red carpet as she suited up in a sharp black Versace Pre-Fall 2020 look which featured a double-breasted blazer with chunky gold safety pin and charm accented necklace. 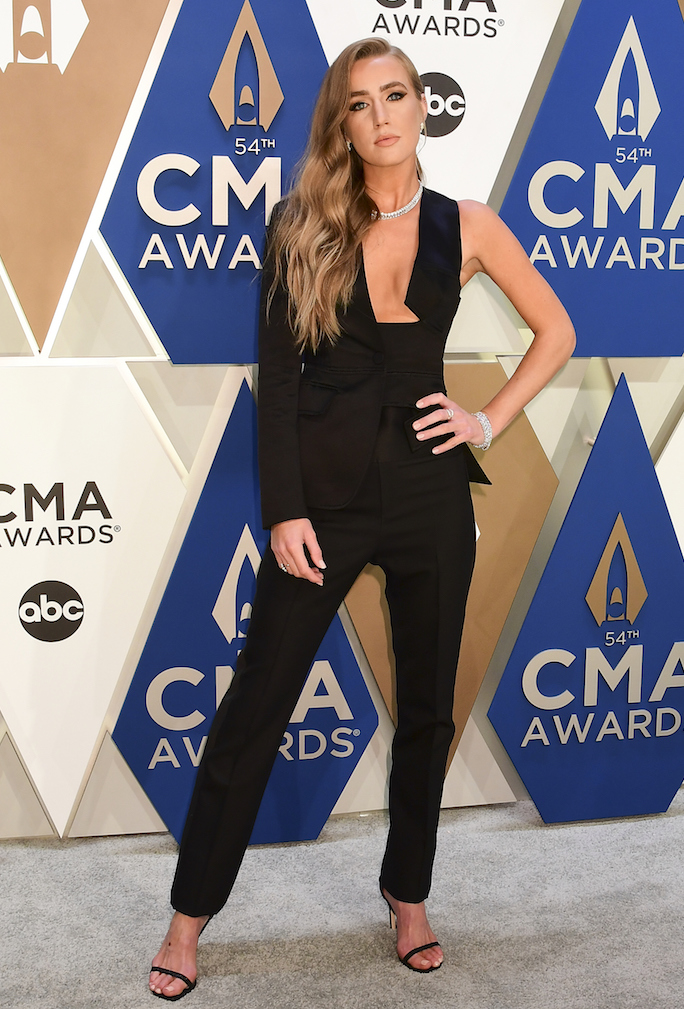 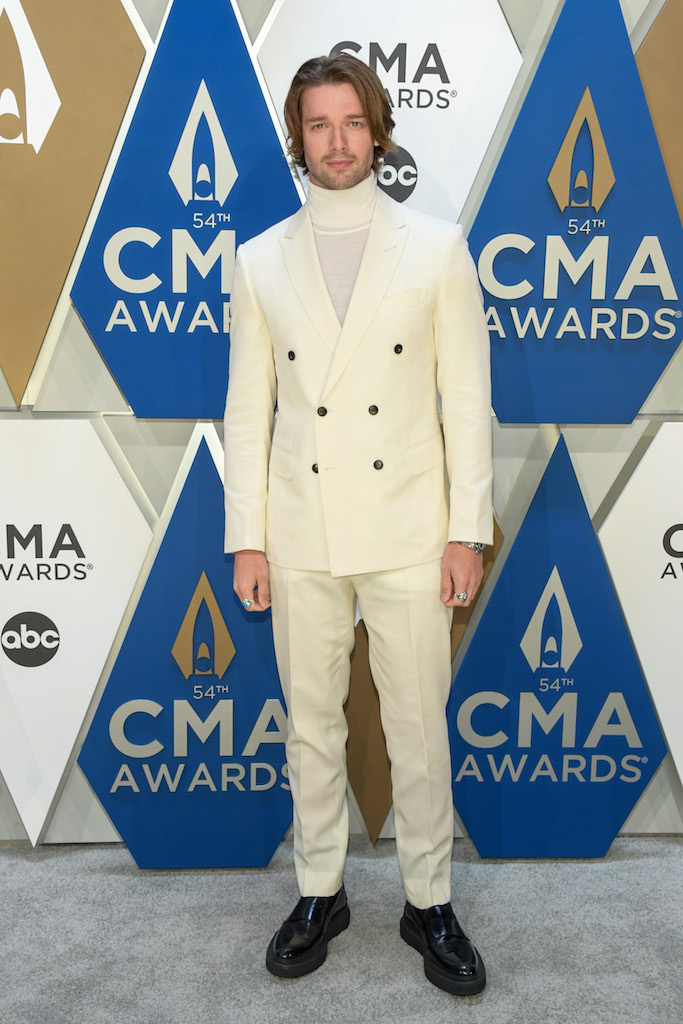 We’re not entirely sure why Patrick Schwarzenegger was there or what he had to do with country music, but it doesn’t even matter because the presenter’s off-white Teddy Vonranson suit + turtleneck combo gave us total villain vibes and we’re here for it. 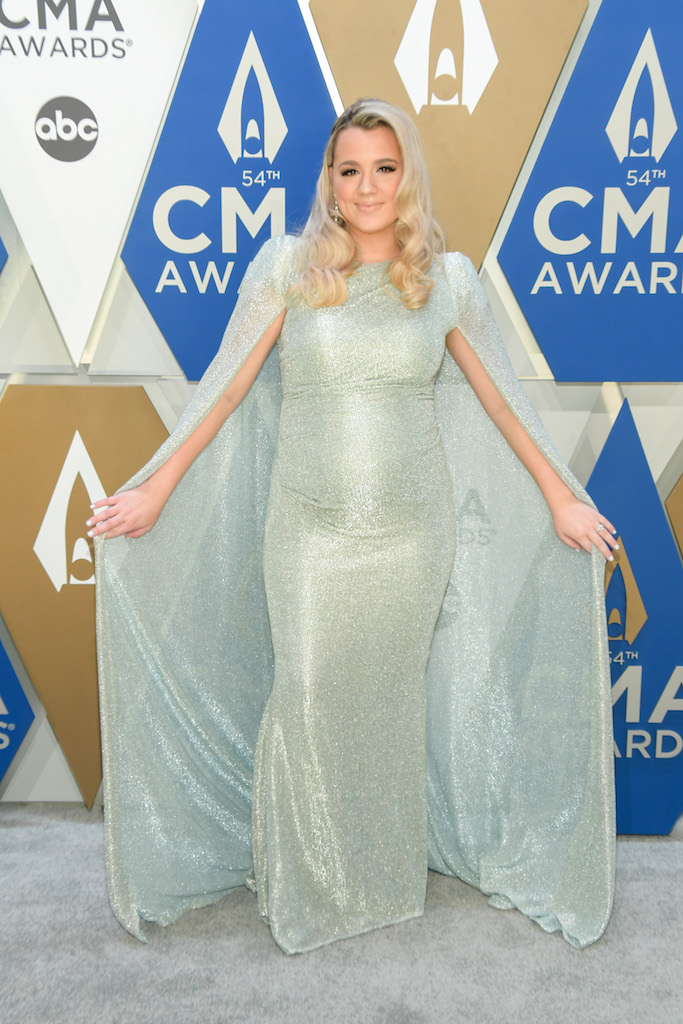 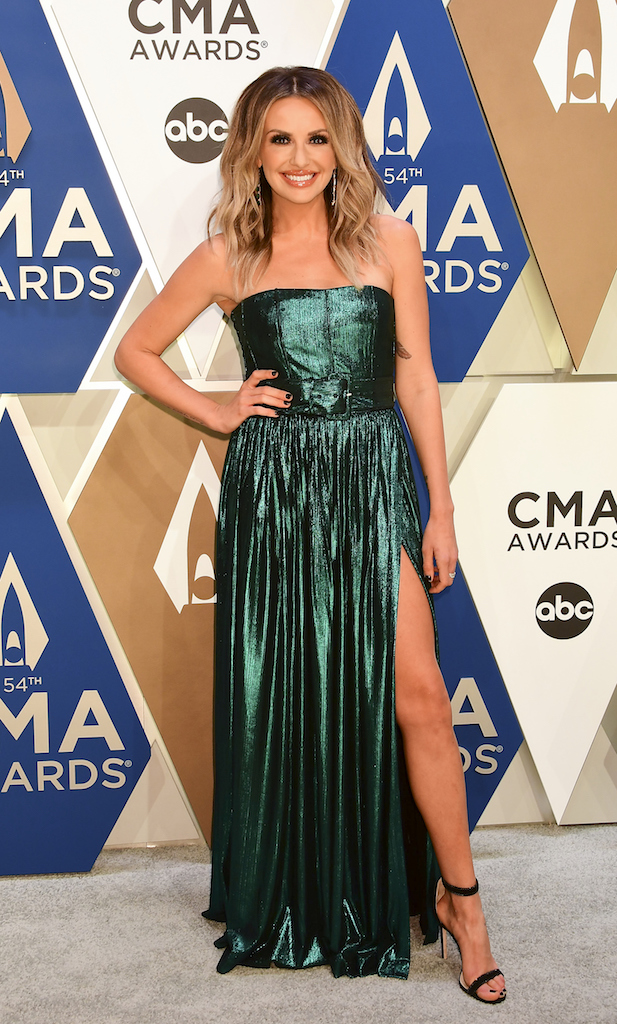 Carly Pearce looked like she was already in the holiday spirit in a shimmery green Retrofefe strapless, belted gown with a thigh-high slit, paired with Jimmy Choo sandals. 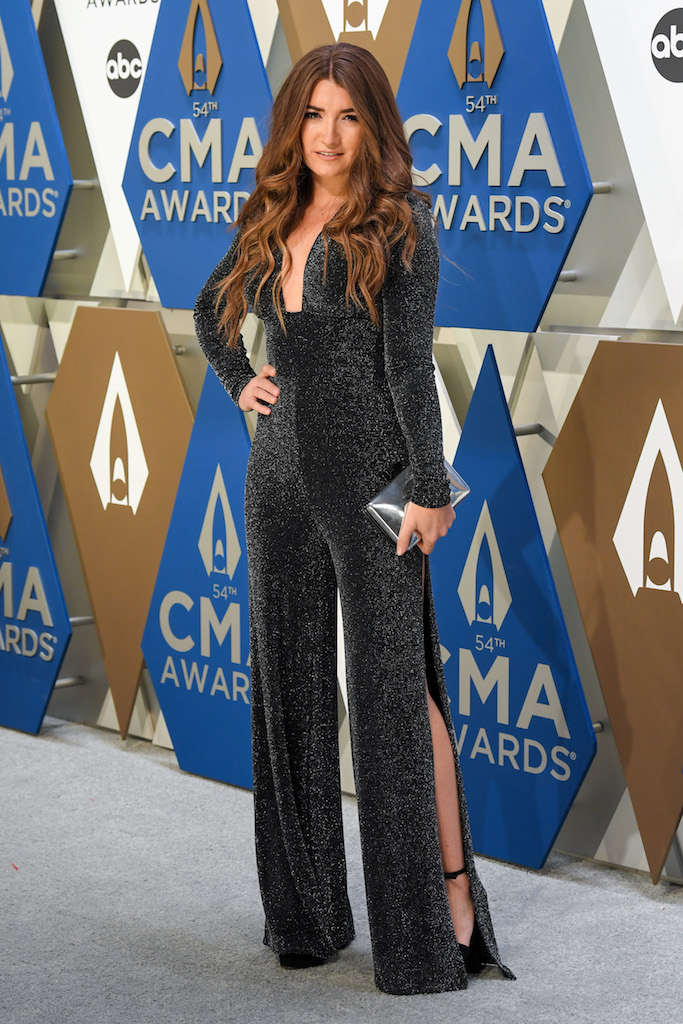 Newcomer Tenille Townes gave us all the 70s disco feels in choosing a subtle sparkly black jumpsuit which featured long sleeves, a plunging neckline and slits up the side. 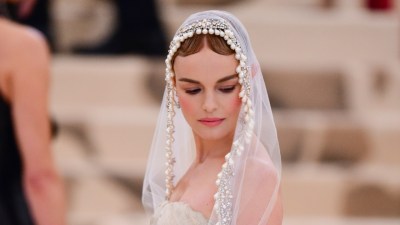 From Then to Now: The Style Evolution of Kate Bosworth 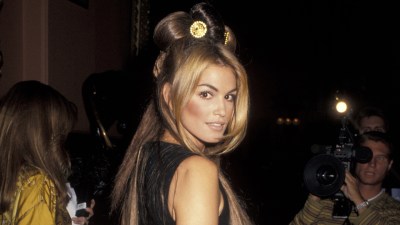 How to Drink Tequila in the Winter, According to a Supermodel