June 7, 2021: The Balenciaga-Gucci crossover is back, this time taking center stage at the Balengiaca Spring-Summer 2022 runway show. This past April, Alessandro Michele famously “hacked” the luxury fashion house during his Gucci Aria show—earning the catchy nickname of “Gucciaga” among fans. And on Sunday, June 6, Balenciaga creative director Demna Gvasalia struck back by incorporating Gucci’s codes and iconic logo motifs into his upcoming collection.

As implied by the now-popular fashion industry phrase “hacking,” the two Kering-backed brands introduced more logomania and crossover silhouettes that embody both houses. For example, decorative Balenciaga accessories, including top handled bags, bold belts, and statement scarfs were spliced with Gucci namesake print while barring the double “B” logo. The models also carried tote bags down the catwalk defaced with “This Is Not a Gucci Bag” in graffiti.

On the surface, the Balenciaga show looked like a standard runway show of Gvasalia’s. However, the presentation entitled “Clones” explored, as the designer put it, the “shifting senses of reality through the lens of technology.” The French fashion house abandoned traditional castings and called on the longtime muse and artist Eliza Douglas for the entire collection to bring this idea to life. Down to the “showgoers,” which we first just assumed were all dressed very on-brand in Balenciaga, were all CGI-rendered.

“We see our world through a filter—perfected, polished, conformed, photoshopped,” Gvasalia said in a statement shared with GRAZIA. “We no longer decipher between unedited and altered, genuine and counterfeit, tangible and conceptual, fact and fiction, fake and deep fake.”

In the accompanying video directed by Quentin Deronzier, Douglas’s digital doubles were a mix of CGI renderings from deepfakes (modern technology used to create uncanny CGI humans); others were actual models CG-plastered with her familiar face. Wildly, even Gvasalia couldn’t tell the difference between the fakes and the real thing. Can you? 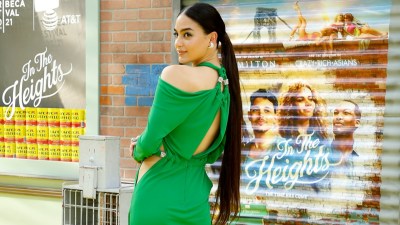 Weekend Hair Goals: Melissa Barrera’s Hip-Grazing Ponytail From the ‘In The Heights’ Premiere 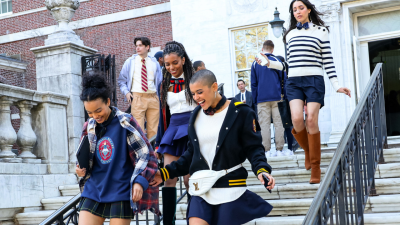 I Spy Christopher John Rogers in the ‘Gossip Girl’ Trailer 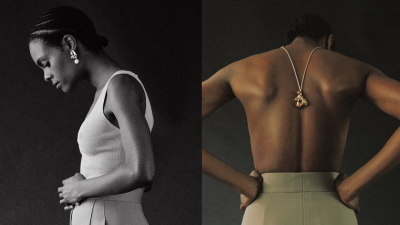 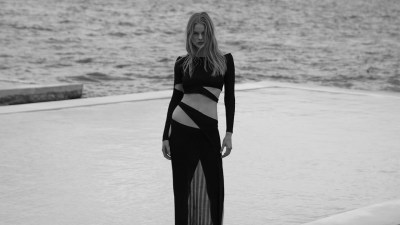 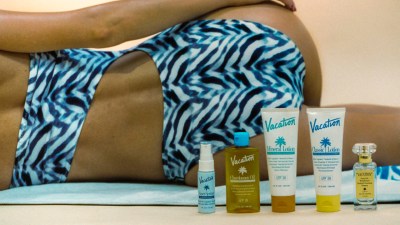