At 24, she became the second youngest person to ever win Best Actress in a Mini-Series or Motion Picture at the Golden Globes

These days, being cast in a successful Netflix series is just as, if not more, exciting as a blockbuster movie. That’s because the streaming giant’s content is watched by millions upon millions of people around the world, catapulting its stars—usually young, unknown actors and actresses—to household name levels of fame in the process.

Though Anya Taylor-Joy already had a slew of successful projects under her belt before she was cast as the lead in Netflix original The Queen’s Gambit, the 24-year-old has the show—and her performance in it—to thank for becoming the second youngest person to ever win a Golden Globe in the TV Best Actress category. (Angelina Jolie is the first, winning a Globe at age 23 for her 1999 performance in Gia.)

For the virtual awards ceremony, Taylor-Joy wore not one, but two Dior gowns. For the beginning of the evening, she donned a stunning emerald Dior Haute Couture dress, complete with over $1 million of Tiffany & Co. diamonds. Her stylist Law Roach, who she shares with Zendaya, posted a video of the final touches ahead of the show.

Later, Taylor-Joy changed into a second custom look by Dior: a Cinderella-esque strapless blue satin dress. Roach revealed the design on Instagram the morning after the Globes, writing, “If you know anything about Law Roach you know there’s always another dress.”

After her win, Taylor-Joy said she, Roach, and the rest of her glam team decided to treat the Golden Globes like it was prom night. “We have had so much fun,” she said. “I never went to prom, so we have had a really good time. And the benefit of not being in the room is that I got to change outfits, so I got two outfits tonight, which feels pretty cool.”

She also spoke about how she planned to celebrate her win. “I think I am going to breathe for a heartbeat and try and understand what is going on and then I am going to put on some music, have a dance with my best friends and probably end up in bed with a grilled cheese [sandwich] watching a movie,” she said. “That’s kind of the dream right now.”

Seeing Taylor-Joy now, it’s hard to believe that when she was younger, she was so traumatized from moving across the world—from Argentina where she had lived all her life to London, England—she refused to speak English for two years.

Born in Miami, Taylor-Joy lived in Buenos Aires with her family, riding horses in the countryside, until she was six when they relocated to London. Speaking to Wall Street Journal about the transition in November 2020, she said, “The move [to London] was very traumatic to me. All of a sudden I was in this intense big city.” She says she refused to learn English for two years because she thought her parents would eventually take her back to South America. Thankfully, the would-be actor eventually got used to life in the UK, saying, “Being a Londoner informs so much about my sense of humor.” 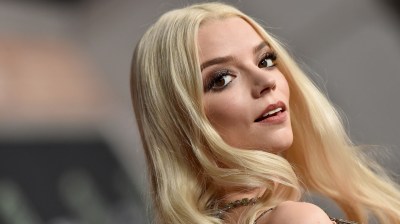 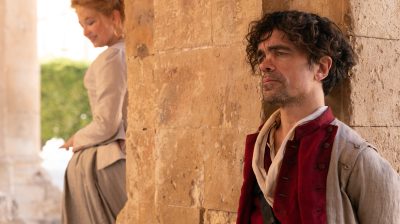 Where to Watch The 2022 Golden Globe Nominated Films and Shows 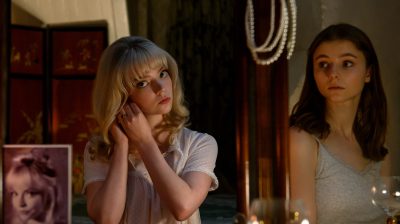 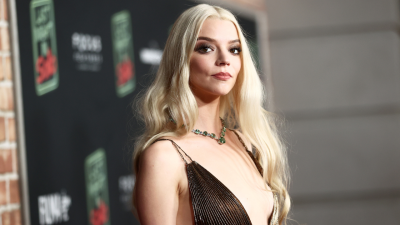 Anya Taylor-Joy Wears Not One, but Four Showstopping Looks Within 24 Hours
Next page