Great news for everyone who inhaled The Queen’s Gambit – the Netflix hit is set to be adapted for the stage. According to reports, entertainment company Level Forward has the acquired theatrical stage rights to the story, which follows young Beth Harmon on her journey from orphan to international chess champion.

The mini series, which stars the industry’s current darling Anya Taylor-Joy, was an unlikely success for the streaming platform, becoming the most-watched limited scripted series to date after its release late last year. It had been a long 30-year slog for screenwriter Allan Scott, who pitched his adaptation of Walter Tevis’ novel for decades to no avail.

Now, after more than 62 million streams in its first month of release and two Golden Globes later, the show is set to hit the Broadway stage. Level Forward announced the news in a statement, which was met with much excitement.

“It is a privilege for Level Forward to lead the charge of bringing The Queen’s Gambit to the stage through the beloved and enduring craft of musical theatre,” the statement from Level Forward CEO Adrienne Becker and Producer Julia Dunetz read.

“Told through a brave and fresh point of view, audiences are already sharing in the friendship and fortitude of the story’s inspiring women who energise and sustain Beth Harmon’s journey and ultimate triumph. The story is a siren call amidst our contemporary struggles for gender and racial equity, and we’re looking forward to moving the project forward.” 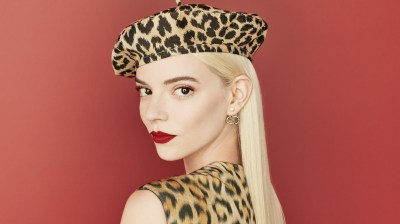