Inside Michael B Jordan’s Surprise Birthday Party For Lori Harvey

We must protect this man at all cost

This week, Lori Harvey (who recently launched a skincare line) is celebrating her 25th birthday. The model shared a snippet of a surprise party thrown by her beau Michael B Jordan on Instagram overnight, which took place at the buzzy celebrity hotspot, Nobu. According to Page Six, the award-winning actor was unable to attend but ensured that the room was filled with her closest friends and family.

Harvey wore a long sleeve knitted catsuit from Prada and a matching Cleo bag. The guest list featured artist Normani, Ryan Destiny, stylist Maeve and The Purple Agency founder and music executive Phylicia Fant. While her birthday may not be until tomorrow (January 13) the publication was told by an insider that she was given gifts from Chanel and Hermès.

“Thank you for my surprise party baby,” she wrote on Instagram stories. See a snippet from the birthday party, below.

Jordan is believed to be preparing for his role in Creed III which is due to begin production soon, hence his absence from the party.

Jordan and Harvey were first linked back in December 2020. The couple went ‘Instagram official’ shortly before Valentine’s Day last year where the actor rented out an entire aquarium for the couple to enjoy before gifting the model with stock in Hermès International.

Harvey’s famous father and television personality, Steve Harvey, gave his tick of approval to the couple earlier last year despite trying to find something “wrong” with Jordan.

“I have tried not to like him,” Steve Harvey joked during an interview with Ellen Degeneres. “But this guy, is such a good guy, man,” Mr. Harvey continued, “He is one of the nicest guys. I’ve met his father. I’ve sat up with him, we’ve talked for hours. I just can’t find nothing wrong with him!” 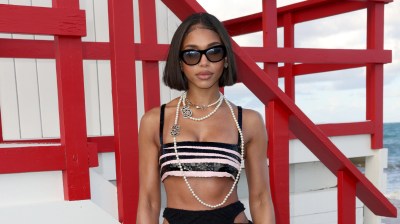 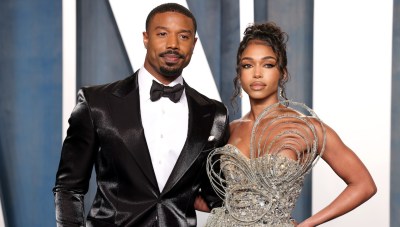 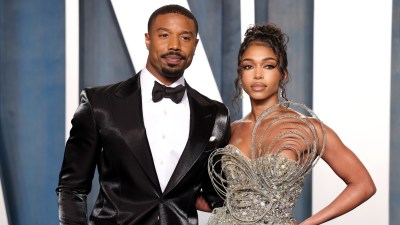 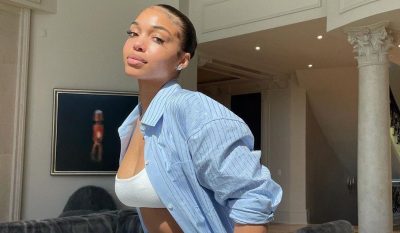 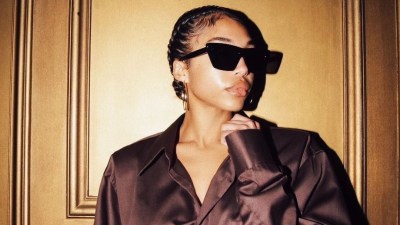 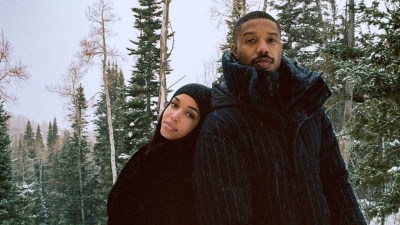 Michael B. Jordan Speaking About Children Has Left Me With Baby Fever
Next page