Plus the philosophy she stands by

Lili Reinhart has long been a fierce advocate for mental health. At the weekend the Riverdale actress revealed her own battle with depression that has spanned across 11 years. Taking to Instagram stories, the 24-year-old described the illness as “intolerable” some days.

“Some days I feel really defeated by my depression,” Reinhart wrote. “It’s an exhausting battle that I’ve been fighting for 11 years and some days, like today, it can feel intolerable.”

“This is a reminder to my fellow warriors that it’s okay to have days where you don’t want to fight anymore.”

While her initial statement feels somewhat defeatist, the Hustlers star leaves the statement with some advice for her followers. “You don’t need to justify your mental health to anyone,” she continued. “Prioritise yourself when needed, take time to rest. Surround yourself with good people and high vibrations.”

“But remember you are always worth fighting for. And tomorrow could be such a beautiful day.”

In 2020, Reinhart revealed to Nylon in an extremely honest interview that she often felt like a “prisoner” on the set of Riverdale, the series that ultimately catapulted her to fame.

“I genuinely feel like a prisoner, going back to work, because I cannot leave Canada,” she told the publication. “That doesn’t feel good. You can’t go home for Thanksgiving, can’t visit your family. No one can come visit you unless they quarantine for two weeks. It just feels f**ked.”

It’s not the first time Reinhart has been vocal about her mental health struggles. Speaking to author Sylvester McNutt III last July, she recalled having panic attacks from just 13 years-of-age: “Every day, in my eighth-grade year, I would cry in the morning.”

But of course what we all understand is that the actress is a fighter. On the eve of the release of Hustlers she told GRAZIA of the years before her ‘big break’.

“When I was 18 years old, I moved to LA for the first time and was struggling for five months,” she told GRAZIA. “I didn’t have any money. I had saved up to move out to LA but it was slowly dwindling and I had to sort of go to every other audition that I was offered. I really had no money; I had to pinch pennies and eat at 7/11 – gas station food – in order to get by so much so that I decided I needed to move back home for a while in order to save up money again. I moved back in with my parents and when I was 19, I tried it all again.”

Reinhart is currently filming her next movie, Plus/Minus. 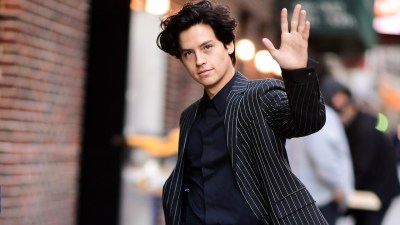 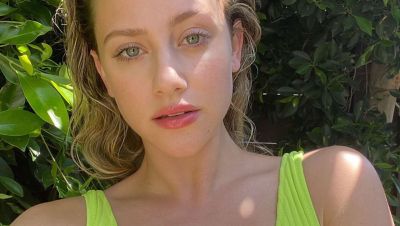 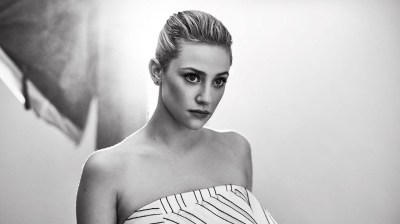 Lili Reinhart Is A Vision In Monochromatic Pink Makeup
Next page