After images were leaked of a suspected engagement between Kourtney Kardashian and Travis Barker, TMZ has confirmed the A-list couple are now engaged. Alongside the beach at a Montecito hotel, the Blink-182 drummer arranged hundreds of red roses and candles to pop the all-important question. In images obtained by the tabloid, the couple could be seen posing for photos.

Gossip social media account @DeuxMoi was the first to report the news and alleges that the whole family was there for the special occasion.

Kardashian was quick to share the news to her 146 million followers. She published two images captioned, “forever”.

A video was also posted to a fan account of the moment Barker dropped to one knee – watch that below.

It comes after rumours of a Vegas wedding between the loved-up pair earlier this year but now we know it was all a bit of social media hype. This however, is the real deal.

In January 2021 we first learned of Kardashian and Barker after they had quietly been dating for several months. A few weeks later, on Valentine’s Day, the couple became ‘Instagram official‘.

Kardashian has also been credited for helping Barker get over his debilitating fear of flying.

Amid the exciting news, we can’t help but wonder how the newly-single Scott Disick is doing. Last month his much younger girlfriend, Amelia Hamlin, split with the reality star after he berated a picture of Kardashian and Barker kissing in Italy. 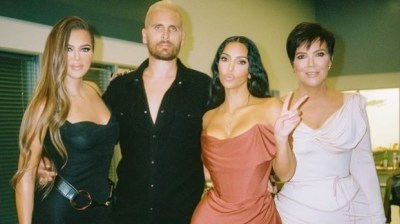 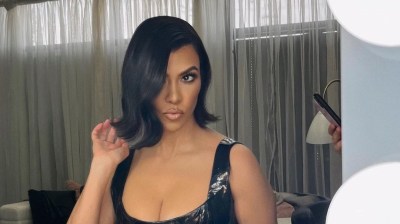 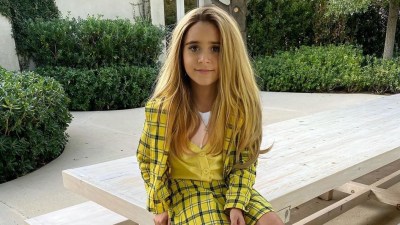 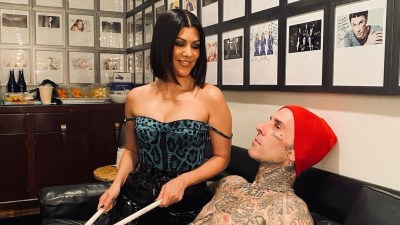 Kourtney Kardashian Is Hinting At A Pregnancy…Again
Next page