Kourtney Kardashian has made her rumoured relationship with Travis Barker public by posting an image to Instagram of her holding hands with the rockstar. A caption did not accompany the image, but no words were needed, Kardashian’s manicure did all the talking. Barker simply commented a black ‘heart’ emoji while others such as Miranda Kerr and Sarah Howard commented well wishes.

The pair celebrated their first Valentine’s Day at the weekend, posting subtle Instagram stories from the day. It appeared the artist gifted the 41-year-old reality star a diamond anklet, as seen in an Instagram Story, one the followed a quote from Blink 182. But nothing is official in the land of celebrities until it’s on the social media wall.

Kardashian and Barker, 45, were rumoured to be dating back in January but have been longtime friends. A source for People, confirmed the news in January.

“They’re in Palm Springs together. They’ve been dating for about a month or two,” the source said. “They’ve been friends for a long time but it’s turned romantic.”

Speaking of the Kardashian clan, Kendall Jenner also went Instagram official this week after an extremely secretive relationship with baller Devin Booker. Kardashian’s ex-boyfriend, Scott Disick, also gained headlines this week by posting a picture with his 19-year-old girlfriend, Amelia Gray Hamlin. It was common knowledge that the pair had been seeing each other since November 2020, but had yet to appear on social media. On January 14, Disick and Hamlin were pictured together on Instagram Stories.

Disick and Kardashian share three children, Mason; 11, Penelope; 8, and Reign; 6. Prior to his relationship with Hamlin, Disick dated Sofia Richie for three years. In 2020, the relationship looked shaky when the father-of-three spent time away with Kardashian and the children.

“Things haven’t been great between them. Scott’s been spending every day with Kourtney and the kids and has been vacationing with her.” The insider told E! News, “Things are always tense between Scott and Sofia when he goes away without her.”

Here’s hoping all parties are happier. 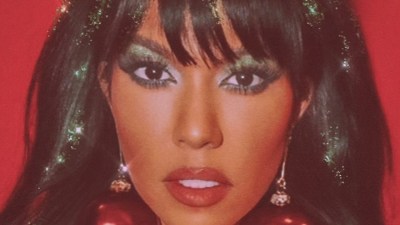 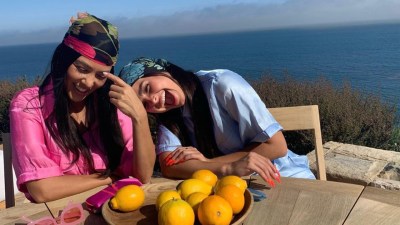 8 Outfits. 1 Hilarious Video. Kylie Jenner Keeps Up With The Kardashians At Home
Next page