Emily Ratajkowski Shows Off The Bump In Low-Slung Jeans

Is the low-rise back for good?

Emily Ratajkowski revealed she was expecting her first child with husband Sebastian Bear-McClard last month, and she has already treated us to a handful of carefully-curated maternity looks. Early on, the model made it clear she wouldn’t be eschewing her characteristic sex appeal, wearing midriff-hugging and stomach-baring ensembles created by her long-time stylist Emma Morrison.

Her latest look? A cropped T-shirt and low-rise jeans, worn with Re/Done’s lace-up sneakers while on a smoothie run in Los Angeles. Though the brand can’t be clearly identified, they very much look like vintage Levis, making Ratajkowski the latest in a string of A-listers and models to embrace the power of low-slung denim.

Waistlines of denim have risen exponentially since the Noughties—peaking with the high-rise obsession that has dominated fashion for the last few years. Now, our generation’s It-girls are moving back toward the low-slung style favoured by the likes of Paris Hilton in the early Noughties. Bella Hadid has been an early adopter of the look, as has Dua Lipa, Karlie Kloss and Katie Holmes. It’s all part of a broader Noughties renaissance, which has seen such polarising trends as Ugg boots, velour tracksuits and exposed thongs appear back on the fashion map.

Style aside, low-rise jeans are a sensible choice for expecting mothers—and we’re banking on seeing Ratajkowski re-adopt this trend over and over again during her pregnancy. Want to roadtest the look for yourself? Shop our edit below. 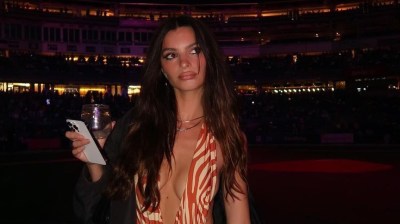 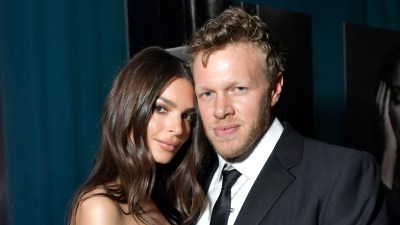 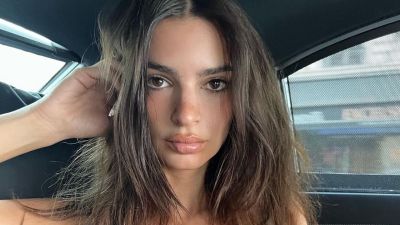