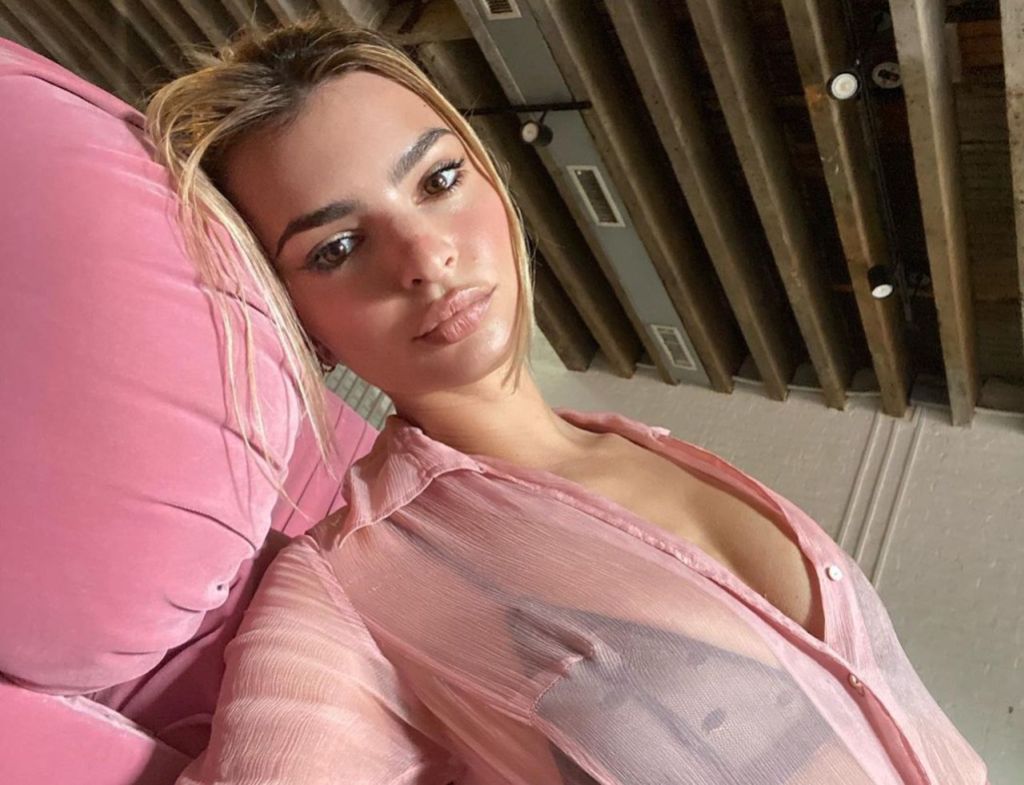 On the private celebrity gossip Instagram account @DeuxMoi, people had been submitting reports that a famous American model and actress was secretly pregnant and posting old content on her social media accounts to throw fans off the scent. Though Emily Ratajkowski’s name was thrown around a bit, nothing was confirmed until yesterday, when the 29-year-old revealed her baby bump on a special digital issue of Vogue.

The confirmation proves just how spot on a lot of @DeuxMoi’s submissions are, which range from quiet celebrity break ups that haven’t yet made the news, to celebrity hookups you never saw coming, and stories of horrible fan encounters. The account owner posts all DMs anonymously on Instagram stories, noting that everything shared is unconfirmed.

For her official pregnancy announcement, Ratajkowski penned an essay – her second huge writing piece in as many months – revealing why she and husband Sebastian Bear-McClard are not telling anyone their baby’s gender and are instead, letting their child decide for themselves.

“Who will this person be? What kind of person will we become parents to? How will they change our lives and who we are?“ read my essay on pregnancy and gender on @voguemagazine 🤍 thank you for all the well wishes 🤍 @cassblackbird @jordenbickham

“When my husband and I tell friends that I’m pregnant, their first question after ‘Congratulations’ is almost always, ‘Do you know what you want?’ We like to respond that we won’t know the gender until our child is 18 and that they’ll let us know then,” she explained. “There is a truth to our line, though, one that hints at possibilities that are much more complex than whatever genitalia our child might be born with: the truth that we ultimately have no idea who—rather than what—is growing inside my belly. Who will this person be? What kind of person will we become parents to? How will they change our lives and who we are?”

Ratajkowski wrote that while she wants to enforce as little gender stereotypes on her child as possible, she understands the desire to know the gender of the baby growing inside you because “it feels like the first real opportunity to glimpse who they might be.”

Ratajkowski went on to talk about the experience of being pregnant and how different it is for the person carrying the child to the person who isn’t. “My husband likes to say that ‘we’re pregnant,'” she wrote. “I tell him that while the sentiment is sweet, it’s not entirely true. I resent that his entire family’s DNA is inside of me but that my DNA is not inside him. ‘It just seems unfair,’ I say, and we both laugh. It’s kind of a joke, but just like the remark we make about our child’s gender, there is truth behind it. Pregnancy is innately lonely; it’s something a woman does by herself, inside her body, no matter what her circumstances may be.”

She continued, “Despite having a loving partner and many female friends ready to share the gritty details of their pregnancies, I am ultimately alone with my body in this experience. There is no one to feel it with me—the sharp muscular aches in my lower abdomen that come out of nowhere while I’m watching a movie or the painful heaviness of my breasts that now greets me first thing every morning. My husband has no physical symptoms in ‘our’ pregnancy, another reminder of how different a woman and man’s experience of life can be.”

Ratajkowski and Bear-McClard married in New York City Hall in February 2018, less than a month after they were first reported to be dating. For the ceremony, the bride wore a pantsuit from Zara.