According to Billie Eilish... so what happened?

Billie Eilish was awarded Record of the Year at the 2021 Grammy Awards on Sunday evening marking the second time she’s been honoured for the category. At the apex of a highly-politicised Grammys ceremony, the “everything i wanted” singer paid tribute to fellow nominee Megan Thee Stallion in her acceptance speech.

“This is really embarrassing for me”, Eilish said as she took to the stage with brother and producer, Finneas, by her side.

“Megan, girl, I was gonna write a speech about how you deserve this but then I was like there’s no way they’re gonna choose me”, she laughed. “I was like, ‘it’s hers’. You deserve this.”

She then went on to honour Stallion, who won Best New Artist on the night. And honestly, was it any surprise after a massive year for the “Savage” artist?

“You had a year that I think is un-toppable,” Eilish continued. “You are a queen. I want to cry thinking about how much I love you. You are so beautiful, you’re so talented. You deserve everything in the world. I think about you constantly. I root for you always. You deserve it, honestly. Genuinely, this goes to her. Can we just cheer for Megan Thee Stallion please?”

While the tribute may have appeared as a bashful acceptance speech by Eilish, it was certainly more recognised as a way to draw attention to musicians who are habitually left by the wayside by the Recording Academy. Using her platform to hand recognition to other artists and quietly call out the Academy is a testament to Eilish’s class, both on and off stage.

This isn’t the first year the Recording Academy has come under scrutiny for its selection process. Amid this year’s boycotts was Zayn Malik, who called out the Academy in front of his Twitter audience of 30.7 million.

Fuck the grammys and everyone associated. Unless you shake hands and send gifts, there’s no nomination considerations. Next year I’ll send you a basket of confectionary.

My tweet was not personal or about eligibility but was about the need for inclusion and the lack of transparency of the nomination process and the space that creates and allows favoritism, racism, and netwokring politics to influence the voting process

.@recordingacad are moving in inches and we need to move in miles. I’m keeping the pressure on & fighting for transparency & inclusion. We need to make sure we are honoring and celebrating “creative excellence” of ALL. End the secret committees. Until then … #fuckthegrammys

Criticism proved to be widespread. The Weeknd and Nicki Minaj also boycotted the event and according to Variety live viewers were down 53% from last year.

The Grammys remain corrupt. You owe me, my fans and the industry transparency…

Never forget the Grammys didn’t give me my best new artist award when I had 7 songs simultaneously charting on billboard & bigger first week than any female rapper in the last decade- went on to inspire a generation. They gave it to the white man Bon Iver. #PinkFriday

Whether or not the Grammy Awards will be cancelled in years to come remains to be seen. In the meantime, we’re going to keep reporting on the many celebrities calling the body out – and also enjoy the gift that is Harry Styles in a feather boa and that “WAP” performance. 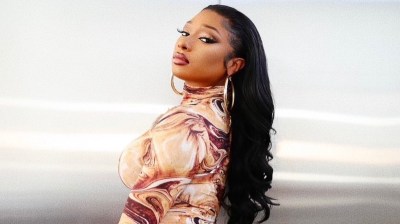 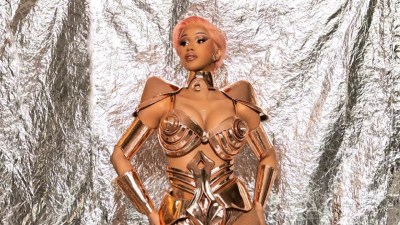