Does Joe have a new favorite author?

Along with all the creepy stalking and gruesome killing, Netflix’s You is packed with literary references. Which makes sense, as anti-hero Joe Goldberg (Penn Badgely), in addition to being an unhinged serial murderer, is also a major bibliophile. His interior narration is peppered with shout-outs to Hemingway and Fitzgerald and Salinger. Recent bestsellers like Naomi Alderman’s The Power appear on the show alongside classics like Joan Didion’s Play It as It Lays and Dostoyevsky’s Crime and Punishment.

But eagle-eyed fans may have noticed an extremely odd author cameo in You’s recently released third season. Joe and Love (Victoria Pedretti) have fled L.A. for the suburbs with their newborn son Henry. While Love has been keeping busy opening her new bakery—and impulsively slaughtering various neighbors—Joe has been hanging out at the local library. In the season premiere, he follows his latest quarry, next-door neighbor Natalie (Michaela McManus), there and we see him skulking behind a rack of battered paperbacks by Scott Landon.

The name should be familiar to Stephen King fans. Scott Landon is the fictional author at the center of King’s 2006 novel Lisey’s Story. Clive Owen played the character opposite Julianne Moore in AppleTV+’s recent adaptation of the book. In the novel and the series, Landon is a very King-esque figure: a bestselling author with a devoted following and a bit of a chip on his shoulder about the critical reception of his popular, pulpy stories. Also, he has magical powers.

So, what is You trying to tell us by featuring the fictional Landon’s books so prominently? Should we assume that the show takes place in the same world as Lisey’s Story? (And when it comes to extended multiverses and King, it’s a whole thing.) Or maybe it’s a subtle dig at Joe for being kinda pretentious and judgmental about highbrow literary fiction? It’s certainly plausible that Joe might turn his nose up at Landon’s crowd-pleasing mass market work.

Or maybe it’s just a subtle shout-out to King himself, who called Caroline Kepnes’s book on which the show is based “hypnotic and scary.” He’s also has weighed in on the show on Twitter calling it an “interesting” adaptation of Kepnes novel.

Of course, even if extra-dimensional teleporter Scott Landon does exist in the You-niverse, we probably won’t see Joe traveling to strange and uncanny new worlds. Except, wait, maybe he already has. This season does take place in the suburbs… 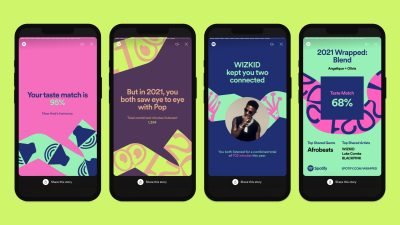 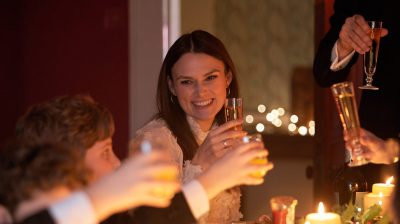