Is it wrong to want these foul-mouthed feuding monarchs to work it out?

History is beside the point on The Great, Hulu’s satirical take on the life of Catherine the Great (Elle Fanning). In its first season, series creator Tony McNamara (who co-wrote The Favorite) and co. played extremely fast and extremely loose with the details and particulars of Russian history, and the result was a consistently off-color delight; an anachronistic romp through the early years of Catherine’s marriage to Emperor Peter III (Nicholas Hoult). Something like Sophia Coppola’s Marie Antoinette by way of Veep. At the start of the series, the young Catherine arrives at the Russian court full of progressive ideas and ambitions to help her husband lead Russia into the Age of Enlightenment. But Peter, she soon discovers, is a louche, foul-mouthed despot, as ignorant of his people’s needs as he is of, well, pretty much everything, and prone to random violence. By the finale, she had managed, with the help of a small band of conspirators, to stage a coup at great personal cost.

Season 2, which drops this week, picks up roughly four months later, with Catherine and Peter’s factions still fighting it out not on the battlefield, but within the palace itself. He’s retreated to the East Wing where he and his sycophants party it up, somehow more delusionally in love with Catherine than ever and certain that his forces with prevail any day now. Catherine, meanwhile, is in a bit of a bind. She can’t kill Peter; she needs him to abdicate in order to legitimize her reign. (As he points out, he was chosen by god to rule Russian; she was chosen by mail order.) She’s also still mourning the death of her lover Leo (Sebastian de Souza) whom she sacrificed in pursuit of the throne. Also, she’s pregnant with Peter’s heir.

The Great is, at least, faithful to the broad strokes of this story: after a lot of bloodshed and some negotiation in the premiere, Catherine manages to convince the feckless—and hungry!—Peter to abdicate, which isn’t quite the sea change it may sound like. As in any good comedy—and certain high-brow dramedies—there’s always a delicate balance between moving the story forward and not messing with the special sauce. And so, Season 2 returns, more or less, to the status quo: Catherine and Peter in the palace, surrounded by a rich ensemble cast of allies and cronies, trading wittily profane repartee and scheming against each other.

Catherine may have the crown now, but Peter, though relegated to his plush apartments under armed guard, still commands a certain amount of loyalty at court. And for all Catherine’s superior intellect and empathy, uniting a sprawling empire under her forward-looking rule is a massive job. She’s not quite the dog who caught the dog who caught the car, but you get the picture.

As politics and palace intrigue continue to roil, the chief pleasure of The Great remains its consistently charming cast, every one of whom can deliver McNamara’s hilariously ribald bons mots with effortless precision. Phoebe Fox is particularly cutting as Catherine’s surly former servant Marial. Restored to her aristocratic position and back in favor with the new Empress, Marial lobs as many casually vicious quips in satin ribbons as she did when she was emptying chamber pots. And should Gillian Anderson deign to appear as Catherine’s mother—after screening four episodes, there’s still no sign of her—she’s sure to steal every scene she’s in.

Of course, the show belongs to Fanning and Hoult. As the dueling spouses, their banter is brightened by a weirdly cozy familiarity. Fanning remains guilelessly charming, even as her character grapples with what it takes to rule. Catherine wants to remain reasonable and compassionate, but will have to tap into her ruthless side if she intends to keep her crown. Peter, meanwhile, encouraged by his aunt Elizabeth—a daffy, sexually adventurous operator played by Belinda Bromilow—still thinks he can win Catherine over with what he perceives as his natural charisma and sexual talents. And the ridiculous thing is, despite playing Peter as an objectively monstrous dolt, Hoult himself is so undeniably charismatic and dreamily good-looking that…you kinda want these two to work it out!

History tells us that Peter III didn’t last long in captivity. Hopefully this occasionally true story keeps him around to spar with Catherine for as long as many seasons as McNamara and co. have in them. 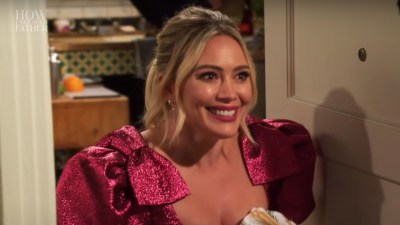 ‘And Just Like That’: I Can’t Stop Thinking About Carrie’s Weird Old Lady Blanket
Next page