It’s officially winter in the northern hemisphere and in places like New York that means it’s cold. Like, thermals, gloves, and huge coats cold. But when it comes to fashion, Rihanna’s never been one to play by the rules and when stepping out for a date with her musician beau A$AP Rocky, the Fenty founder opted to forgo pants altogether, despite the dropping temperatures.

Confirming she’s very much on board with the current miniskirt trend revival, Rihanna, who was declared a national hero of Barbados last week, wore a metallic purple miniskirt with matching Balenciaga purple knee-high boots. To offset her otherwise perfect for summer look, she paired her statement pieces with a multicolored puffer jacket with feathered trim detail and added gold jewellery and purple sunglasses. An accessory that wasn’t planned—or purple—can also be seen on Rihanna’s hand: a grey finger brace that appears to be from an unknown injury.

Rocky, a man almost equally as known for his style as his partner, wore brown loafers, a grey coat, jeans and a scarf for the outing, during which the pair visited the Basquiat exhibit at Christie’s in NYC.

This time, dressed for the weather, during a night out in NYC, the singer paired the bomber jacket with an oversized black tracksuit by Martine Rose, Balenciaga Knife boots, and white sunglasses by Loewe.

After being friends for a decade, Rihanna and Rocky began dating in 2020 and Rocky has since dubbed her, “The love of my life.” Recently, the ridiculously hot and talented pairing have been the subject of rumors after fans began speculating Rihanna might be pregnant with the couple’s first child.

Though a baby with Rihanna as its mum and Rocky as its dad would have to be declared its own national hero (of the world), until we hear from them direct, let’s leave the speculating and instead focus on the fits. 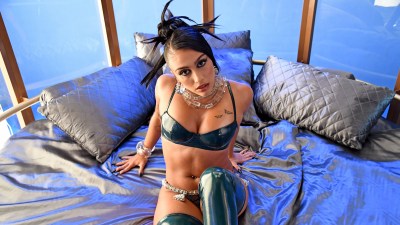 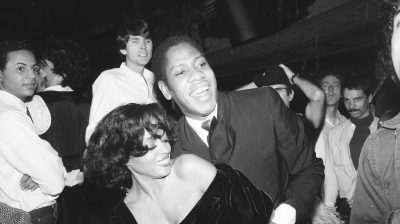 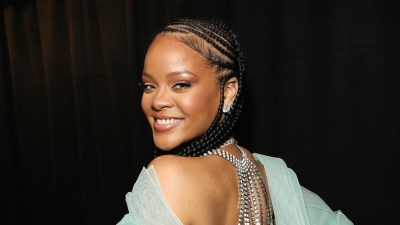